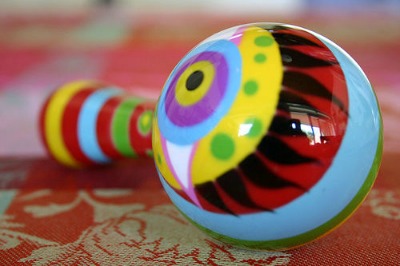 Where did the fathers go?

In a recent article, Aeon Magazine tries to understand and explain why in 2013 there still is no such thing as a male contraceptive pill. Among the reasons, the author finds, is ‘the ethical problem of justifying potential side effects without any direct health benefits for men’. Pregnancy itself doesn’t carry any health risks for men – so why would they put up with the side effects of hormonal contraceptives to avoid it?

It is of course hilarious to think that the main reason people who have sex would want to prevent a pregnancy is that they aren’t up for the health risks associated with it. As if the fact that, you know, there might be a baby at the end of it, a real person who would need care and love 24/7 for about another 18 years or so, isn’t part of the equation.

Unless the baby, too, is seen as a woman’s issue, that is. Caring for it, raising it, loving it – these things won’t affect a man’s life much.

Put bluntly, it sounds absurd. Yet this is a widespread and perfectly accepted idea, as has become increasingly clear to me since becoming a mother. Parenting books will advise their readers to go easy on themselves, sleep when baby sleeps, accept that the house won’t be spotless for a while, and, when things get really bad, consider asking their partners for help.

The choice of word tells a tale: the domestic chores, the cooking, the minding of babies and raising of children – they’re all maternal responsibilities with which a woman can get some help from her partner, should she be lucky enough to have captured one of the good ones. Or, as you’ll hear if eavesdropping on a coffee-drinking bunch of NCT mothers, some partners are occasionally really good with helping out with the babysitting.

These are fathers we’re talking about. Fathers who are helping out by babysitting their own children.

Where did all the fathers go? Off to work, wearing suits, talking business, making money, drinking beer? Well, actually, no. The fathers, it seems, have disappeared. There are plenty of men in the papers, and men go to work, sure. But as far as media are concerned, men don’t do parenting. They don’t mind children, they don’t aspire to being good fathers, and they certainly don’t pop hormonal pills with side effects to stop women they’re sleeping with from getting up the duff.

‘Fatherhood is a feminist issue,’ gailem wrote for the F Word last month. I’m inclined to agree. Not least because most men I’ve met in real life are real people, too. Real people with, what’s it called, feelings.