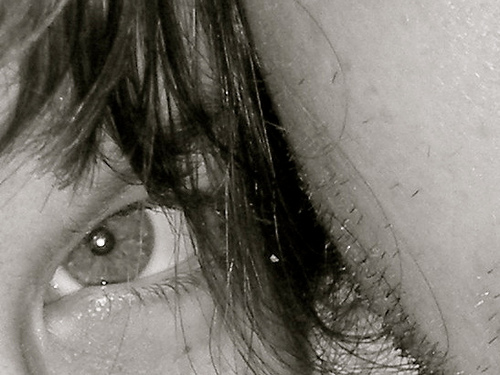 There’s nowhere in mainstream culture that’s quite so insistent on profound and deep-seated differences between men and women than sex advice. Men and women want different things, we are told, they need different things and sex means something completely different to men and women. Basically, straight sex is very complicated. Ben Reiniga’s excellent Cosmo’s 44 Most Ridiculous Sex Tips include choosing unfunny movies because belly-laughs are unattractive, watching for cheerfulness as a sign of infidelity, ambushing one’s partner with oral sex (!), and my favourite:

“Give him a beer facial — the combination of the egg white and the yeast in the hops hydrates and improves skin elasticity… but you can just tell him that your lips can’t resist his delicious, beer-flavored face.”

At the less viscous end of the spectrum, The Marriage Book which includes a chapter that could have been subtitled, “Don’t sleep together before marriage (though the authors did and everything was fine)” sums up the problem with its own baffling theology of sex:

“God designed men and women to be aroused in different ways and it is the combination that can produce a long and fulfilling relationship. If women were made like men, it would be all over in thirty seconds and sex would not be the great intimacy builder God intended it to be.”

Which begs several questions: Why did God design men and women to be so incompatible? What would happen if men were more like women? Does this mean that lesbians have the most intimate relationships and gay men the least, with straight couples in the middle? And thirty seconds? Really?

This is, of course, sexism with an eye to the bottom line. As with dieting and body image, it’s not always profitable to give good advice. If we were all to become confident, caring and communicative lovers, we might all get on (and off) just fine without tips, hints and revelations about what people of a certain gender really want. As long as sex – particularly, *the opposite sex* – is presented as alien and mysterious, there’s money to be made. Romantic relationship advice works this way too, but while romantic advice treats men and women as if we don’t speak the same language, sex advice tends to treat men and women as if we belong to two different species.

It’s also advice aimed at individuals, usually a woman, while any problems with sex usually involve two people (one person sex being generally less fraught). Women are told that keeping sex exciting, often by play-acting, dressing up and talking dirty (“My lips can’t resist your delicious beer-flavoured face!”), is part of the broader work of maintaining a relationship that falls on feminine shoulders. And as with general relationship advice, the possibility that a problem can’t be fixed just by one partner trying harder (a new position, some lacy underwear, a sensual massage using bacon fat) is never considered.

Because the language of *God’s intentions* or evolutionary psychology is used to present these mythical differences, you’ll sometimes hear women defending themselves, their bodies and their lovers in these terms, as authentically more masculine or feminine: Real men like women with curves; real men like to be in control etc. Sometimes,women even insist that others are lying about their sexual experiences: All women want big strong men with large penises; women who don’t orgasm easily just need to lighten up and relax; women just aren’t wired to enjoy erotica. We have been taught that there’s one truth, one set of ancient natural rules about heterosexual sex and no-one wants to be the exception.

There’s not nearly so much cash to be made from people in or inclined towards same-gender relationships. While it’s not uncommon to hear a lesbian despair of women, you can’t really sell a lesbian books or magazines proposing to reveal the secrets of her own gender. You can’t tell a lesbian, “Any woman will be in the mood after a foot-rub and an episode of Sex in the City,” because she is a woman and will recognise the generalisation (unless she happens to have sore feet and bad taste). Dan Savage is the world’s most famous gay provider of sex advice and even he attempts to mystify most people’s sexual experience by insisting that monogamy is fundamentally unnatural.

Sex advice for straights has to strenuously ignore queer experiences because they undermine the fundamental premise. For one thing, if no man satisfies, there may be other options. But most of all, queer people can have exactly the same problems – reticence about expressing one’s desires, uncertainty about how to please, frustration and miscommunication – when they’re in bed with people of the same gender.

We don’t struggle with this stuff because we belong to different genders. We struggle because we’re human.

Image by D H Kelly, is a black and white close up shot of sections of two faces (masculine and feminine)