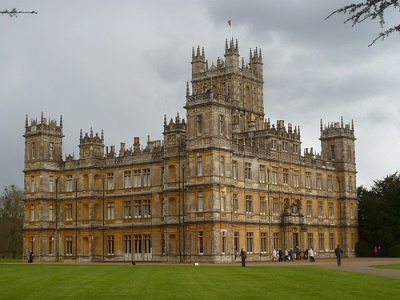 Annie Moran shares her anger at the use of rape as a plot device in the latest episode of ITV’s hit period drama. You can read more from Annie here.

I want people to talk about rape. I run a site called Using The Words where we publish personal stories of rape and abuse. I am a rape survivor and sometimes I still struggle for the words to tell people what happened. I wish our society was better at talking about rape.

So you would think that I would be happy when one of the most-watched shows in the country ran with a rape storyline. Surely this would open up the issue and allow people to talk about it?

Last night Downton Abbey did just that. One of the main female characters suffered a brutal rape at the hands of a visiting character.

I was not happy. In fact I was left angry, shocked and physically shaking, and I didn’t even watch most of the scene. Having heard the warning of violence at the beginning of the episode, and knowing they would never show actual violence in Downton (because violence against women isn’t like actual violence, is it, so that’s totally acceptable for a family drama), I spent the whole episode with an uneasy feeling of what was about to happen. As it began, I got up and walked out of the room.

Yes, I’m a rape survivor: scenes of rape have a tendency to be hard for me to watch.

But there was something different going on here, something more than having to be faced with what happened to me that has made me angry. Downton Abbey is a period drama; they talk about tuxedos and inheritance tax. It is not a show about real life. The only drama in it is over who will inherit the estate, and though this storyline has involved emotional subjects such as miscarriage and death, these stories have had essential parts to play in this wider narrative. The fact that last night they included a rape scene, which has nothing to do with the overarching premise of the show, made it seem like rape is a trivial issue on the same level as the rest of the sub plots in Downton Abbey.

Yet again a writer has used rape as a plot device to make a female character more interesting. How many times do we have to say this: a woman can be an interesting character whether or not she has been raped.

And let’s look at the perpetrator: a character who only arrived in this episode, a shifty guy we all knew was bad from the beginning. This is not helpful. The majority of rapes are perpetrated by someone the victim knows and trusts: they are normal men. Yes, the characters did form a relationship – it wasn’t a stranger jumping out of a bush – but the characterization of the bad boy rapist is doing nothing to broaden the discourse around men and rape.

What’s even worse is that we can see where this plot line is going. Already Anna (the character who was raped) is covering up what happened. Now, of course, this isn’t unusual, it’s something I did, in fact still do with some people. And of course this is a period drama, it’s the 1920s way before women’s lib and the rape crisis movement – it would be difficult to write it differently. But from the teaser for next week we see that her life is probably going to fall apart and the man will continue with his business.

This is not useful. Yes, we need to talk about rape in our society, but we don’t need to see more stereotypes, stories that perpetuate the same old narrative. Yes, rape is devastating. Yes, rape led me on a self-destructive path for over two years. But what I needed to see on TV was not the same story being played over and over. What I needed was to see that it might be alright.

Considering the majority of Downton Abbey’s viewers are women, and considering 1 in 4 women will be the victim of gender-based violence in their lifetimes, I wonder how many others were left feeling the same way as me last night.

So writers, listen up: rape is not a plot device to make female characters more interesting. It is not trivial. If your show is about things that are trivial, on the whole, then a plot line about rape is not appropriate. If you do write for a TV show that aims to portray real life and are going to include rape as a plot device, remember there are as many ways that survivors deal with rape as there are people raped.

Yes, let’s start talking about rape, but let’s do that in appropriate places with respect for rape survivors who don’t want to see their trauma played out for others’ entertainment. And let’s begin by smashing the stereotypes, of survivors and of rapists. You can start by reading some of the stories on Using The Words.

Photo of the stately home where Downton Abbey is filmed by Adrian Wallett, shared under a Creative Commons licence.