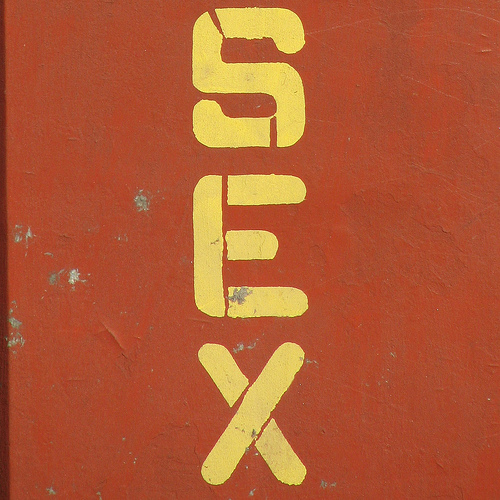 Why feminists need to talk about the pleasures of sexuality

It’s only now, with the benefit of hindsight, that I fully appreciate my mother’s attempts to educate me about sex as a child. As I grew up and progressed through puberty and adolescence, I began to notice a huge difference in her views about sex and the attitudes of my peers. At the time, my mother’s positive messages about gender and sexuality – that your first period should be a celebration and that sex should be fun – seemed quaint, outdated and a bit embarrassing. There is a popular belief that the young generation are more ‘sexualised’ than ever before. And yet, as I grow older, I have become increasingly convinced that young people are in fact becoming more and more prudish about their bodies and sex.

This anti-sex trend is exemplified by the obvious, blatant, mainstream hatred of women’s bodies

There is a perception that lad culture is the preserve of university sports teams. However, my observation is that lad culture appears to be a fundamental part of bonding for nearly all male-dominated social groups at university and it is perpetuated by all kinds of different men, including nerdy computer geeks, right-on student activists, preppy hipsters, gay men and sometimes even the odd girl, desperate to be seen as ‘one of the guys’. These self-appointed lads would have you believe that they are just a bunch of harmless blokes who appreciate a beer and a shag. Instead, they are men (and sometimes women) who joke about sexual violence and label women sluts. Lad culture does not celebrate sex – it hates sex, it hates women and most of all, it hates female sexuality.

This anti-sex trend is exemplified by the obvious, blatant, mainstream hatred of women’s bodies. I have heard many young men claim that they detest female body hair so much that they would refuse to have sex with a woman who was not completely waxed. This sounds like an aversion to sex, rather than an obsession with it. These guys claim they can’t get it up unless the woman has a full Hollywood wax. If this isn’t plain and simple fear of women’s bodies, what is?

It is no longer cool for women to be comfortable with their bodies. At my university gym, women who stripped naked in the communal gym changing rooms were mocked by other women behind their backs. I recently heard a group of female students complaining about such women, describing their nakedness as ‘anti-social’. They were particularly concerned about the public display of pubic hair, which they felt reflected poor personal hygiene. Pubic hair is fast becoming completely culturally unacceptable and I predict that all women will soon be expected to remove it as a basic hygiene standard, much like underarm hair. Going against perceived hygiene standards takes real bravery and can result in utter social alienation.

Menstruation has also become an increasingly secretive and shameful issue among girls. Period advertisements have become less about lovely ladies roller-skating in white hot-pants and more about hiding all signs of womanhood (discreet packaging, whisper wrappers). Tampon companies encourage us to outsmart mother nature, rather than embrace and accept our bodies and reproductive functions. These attitudes have shaped the popular discourse surrounding periods, which seeks to silence women.

We are expected to be beautiful, sexually-available dolls but without any of the icky fluids that come with real sexuality and fertility

At the age of 22, I have almost never had an open, honest conversation with other women about periods and when I’ve tried to, I’ve often been met with disgust. I was once told by a group of female friends that sexual activity during menstruation was just wrong. Many of my male friends have expressed the opinion that period sex is unthinkable and menstruation is the punch line to many a laddish joke. One of my ex-boyfriends was so repulsed by periods that he didn’t even like me to talk about them.

Numerous women have told me that they could never use a Mooncup, or even tampons, because the idea disgusts them (though the same women seem to have no problem with a penis going in there). Many girls do not even mention periods and use euphemisms instead like ‘lady stuff’ or ‘secret things’. Several of my friends have confided in me about their fear of putting tampon packaging in shared bathroom bins or being heard opening a tampon wrapper in a public toilet. The ridiculous level of secrecy demanded of women is completely unrealistic. We are expected to be beautiful, sexually-available dolls – born to be sexy and reproduce but without any of the icky fluids that come with real sexuality and fertility. 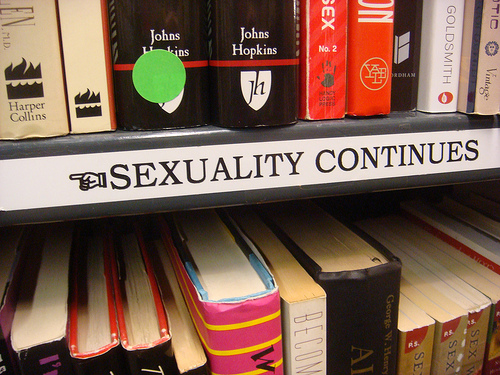 The notion that the youth of today are becoming increasingly sexualised comes from the growing availability and acceptance of pornography. Women who oppose pornography are labelled prudes and anti-sex feminists because of the mistaken conflation of pornography and sex. However, this commodification of sexuality is arguably damaging our sex lives. I am increasingly hearing women complain that young men treat sex like porn, expecting a series of harsh in-out motions to result in orgasmic female pleasure. In much pornography, female sexual pleasure merely exists to titillate the male viewer. Pornography perpetuates the notion that women have a duty to satisfy men and massage their egos by faking orgasmic bliss. Even today, women who pursue genuine sexual pleasure are considered dangerous and emasculating.

I was recently discussing the definition of sex with a group of male students, they all agreed that sex was a penis in a vagina

The phallocentricity of mainstream heterosexuality also explains the lingering cultural obsession with virginity – a historic, patriarchal construct which continues to shape modern sexual mores. Virginity was considered hugely important at my school and you were just as likely to be ridiculed for being a virgin as you were for being a slut. A penis in a vagina is still considered hugely culturally significant. I was recently discussing the definition of sex with a group of male students. They all agreed that the definition of sex was a penis in a vagina. I discussed this with them, asking them about the grey areas, such as masturbation, sexual touching or oral sex. They said that none of these things were sex. For them, true sex was simply a penis in a vagina.

I am aware that the examples I have used are purely anecdotal. Although I wholeheartedly welcome scientific research into these issues, I feel that personal stories and experiences have an important place within current feminist debates. I am tired of being labelled a prude because I oppose violent pornography and rape humour and I want to highlight the damage that this sexist culture does to real human sexuality. I want parents to be open with their children about sexuality and I want formal sex education to focus less on the dangers of sex and more on the importance of respectful, healthy relationships.