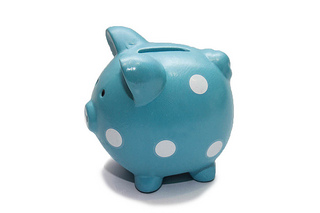 Help relief efforts in the Philippines

Following Typhoon Haiyan, the people of the Philippines need a lot of help.

Everybody is desperate for food and water but it is those who need it most who are likely to lose out as they aren’t strong enough to fight their way to the front of the crowd for what few provisions are available.

And in devastated cities like Tacloban dead bodies still lie in the streets and the threat of disease is imminent.

But before you dig into your pockets, please bear in mind the vital importance of ensuring that your money supports existing local efforts rather than taking a top-down approach which doesn’t respect the views and concerns of the people most affected.

Some possible agencies you could consider are Global Fund for Women (who have a particular focus on local women’s groups), National Alliance for Filipino Concerns (though this is US-based) and Oxfam.

Image shows a blue piggy bank with white dots. Used with the permission of TradingAcademy.com.