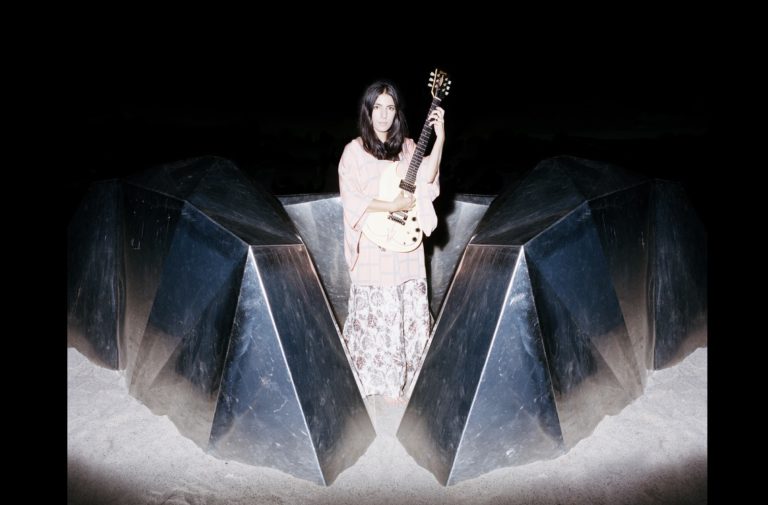 This second installment of a two-part interview with Mariam Wallentin covers her musical influences, political causes and the issue of creative freedom in the face of the patriarchal-capitalist music industry. You can read the first blog entry, where Mariam discusses the song ‘Invisible Giving’ and the pleasure of trying out new musical instruments, here.

Your music touches on a wide variety of styles but has a sound of its own that arguably defies categorisation. Alongside this uniqueness, it also contains moments that seem to evoke and sit alongside a diverse variety of other work. I have many personal comparisons of my own that spring to mind but I don’t know if these reflect your intentions. Which musicians/producers/performers would you say have had the most influence on you?

In terms of music, I listened to so many different things when growing up so it’s hard to know what influenced and shaped me the most. But I remember hearing Nina Simone’s voice for the first time – it was during a period when there was a lot of airy light voices being played on the radio – and I was like “oh finally, a voice that I can identify myself with”, being very dark and heavy. So she is absolutely one that I still have close to my heart. And some of the other jazz ladies of course, like Billie Holiday. And Aretha Franklin’s gospel recordings are great. I guess the years as a teenager are very influential since you have so many memories attached to music. For me, it was John Spencer Blues Explosion, Weezer and X Ray Spex one week and The Beatles, Stina Nordenstam and the Elvis Costello/Burt Bacharach album [Painted From Memory] the other. [Also] Sidsel Endresen, Diamanda Galas, Gal Costa, Maria Callas and Meredith Monk.

Over the last year or so, talking voices such as [in] good podcasts and radio programmes and also pictures, especially colours, have been very influential on me. So it is not only through hearing.

In a 2011 Bitch magazine interview with Wildbirds and Peacedrums, Andreas referred to the music industry as “an ancient machine controlled by old men” and, when asked if your music is a feminist response to that, you mentioned playing as a duo to “break the rules” and “feeling strong in equal measure, without someone having to be a victim”. I’m interested to hear more about this approach to patriarchal-capitalist systems. Can you tell me a bit more about your experiences of working together in this way?

We started our duo as a kind of protest, only being two people, only drums and vocals. And we really felt a freedom in that, like “fuck you, we don’t need more than this. Look at us, we can do what we like and use so little things and still be powerful and explode in your face.” We worked (and still do) a lot with finding balance both with our instruments: Andreas from the start having the traditionally more “manly” instrument (the drums) and me having the typically “female” one (the voice). How we could work against this is that neither is carrying the other and we become a united force just through this freedom of playing. Also how we stand on stage, next to each other and that I play percussion and drums and Andreas sometimes sings. When we write the music, yes, we think about balance when doing all these kinds of things. And, yes, the music industry is still very much an ancient machine controlled by old men. But music and creating is about freedom and movement, so that’s what we focus on trying to strengthen.

With this in mind, do you have any gender equality causes you’re particularly interested in?

All gender equality causes interest me. How could they not!

Of course, no one should look away from what happens in Russia right now; the witch hunt on gay and lesbian people is a shame for humanity. Also the right wing movements all over Europe -such as the SDL (Swedish Defence League), Sverigedemokraterna (Sweden Democrats) and the right wing party that just got elected in Norway- mean that small minded people are gaining governmental power and setting their countries’ future agendas. Also that men can rape women without being convicted, in Sweden, in 2013. I don’t even know where to begin…. So many things to be frustrated about and work against or towards. For me, I guess my music is my main tool to be part of the fight.

The digital version of Blood Donation is out now, with the CD/LP release to follow on 11 November.

Mariam holds her guitar, bathed in white light, in the middle of an angular black shape divided into three pieces so that the part she is standing in forms a ‘V’ shape. On sand and against a black background. Press shot by Klara Källström and Thobias Fäldt.