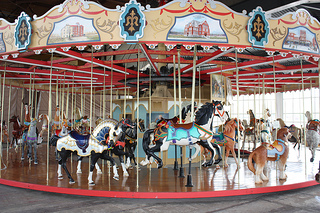 It’s International Day for the Elimination of Violence Against Women and the start of the 16 Days of Activism; here is this week’s round-up of links to interesting content we came across in the last week.

Just because it’s included doesn’t mean we endorse it though, and please be aware that some of the content could be upsetting.

Please feel free to let us know what you think about any of it or start a chat on a feminist-y thing on your mind, or add your own links too, via the comments.

Sorry, but being a mother is not the most important job in the world (Guardian, CiF)

UNHCR concerned at reports that asylum seekers, including Syrians, denied entry to some EU countries (Reuters)

My daughter writes to Lego (abovetheinternet)

Men and Women! They Talk Like People! (The Society Pages)

English Has a New Preposition, Because Internet (The Atlantic)

The Left and Rape: Why we should all be ashamed of the Left’s role in covering up the rape of 2 million women. (Facing Reality)

Hiding behind niceness (about disablism and having to ‘educate’ non-disabled ppl) (abc.net)

The Radical Politics of #selfies (The Feminist Griote)

Being My Friend Does Not Make You A Hero (Claiming Crip)

War on Welfare petition calling for a cumulative impact assessment of welfare reform and a new deal for sick and disabled people based on their needs, abilities and ambitions requires 7000 more signatures by 12 December to be debated in Parliament

We Need to Talk about Violence Against Women. No, not Later. Now. (Scriptonite Daily)

The ‘Guybrator’ and other new man-words (Telegraph)

Image of zebras on a carousel/merry-go-round, by Montgomery County Planning Commission, shared under a Creative Commons license