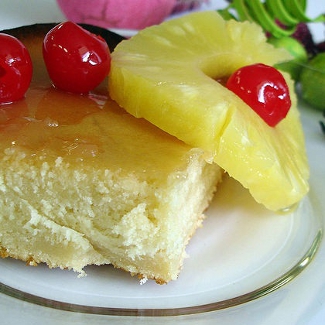 Welcome to this week’s round-up of the articles and blog pieces we’ve been reading over the past week. If you have a link or comment that doesn’t fit anywhere else and would like to share it, feel free to drop it in the comments here.

NB: A note will be added when the content is not adequately indicated in the title of an article. However, you are advised to use your discretion and approach the links with caution, as round-up posts contain links to external websites and blogs we have no control over. Along with this, we don’t always agree with every viewpoint expressed in the items or the sites containing them. As with actual F-Word content, none of the material reflects any “official view from The F Word” because not all contributors to the site will necessarily hold the same opinions on the topics or pieces shared.

The right to be a mum (Disability Now)

A message of hope for Christmas (women for refugee women)

Did not wearing a veil lead to an acid attack in Egypt? (Women Under Siege Project)

I started buying the signs that homeless use to beg. Here’s what happened (Guardian, Cif)

Drugs: A licence to rape (Ending Victimisation and Blame)

Trans law in the Netherlands passed. Now what? (Vreerwerk)

Why we won’t be living in the United Kingdom (#spuddings)

Thoughts on the foodbank debate, from the public gallery (A Girl Called Jack)

On cynicism, calling out, and creating movements that don’t leave our people behind (Feministing)

How can we dream utopias if we are so afraid of being wrong?

Marissa Alexander received 20 years in prison for firing a warning shot into the wall of a garage in response to threats of bodily harm from her husband. She is now free on bail while awaiting a new trial. In the words of @AC_Bravo on Twitter: “Prison for some, Stand Your Ground for others.”

When a man beats a woman (Lani Wendt Young)

On the domestic violence perpetrated by a famous Samoan ruby player.

When “Life Hacking” Is Really White Privilege: Personal Development gurus can get away with whatever they want, so why can’t you? (Medium)

Privilege Discomfort: Why You Need to Get the Fuck Over It (Feminspire)

You tell the members of your target group, that they are superior to those who are excluded.

Why resist day off for maids? (my paper)

This piece about sexual harassment in the medical realm was co-written by Jolene!

A year after a notorious gang-rape, a film-maker hits the streets of the Indian capital to discover the dangers women face.

A slice of pineapple cake, garnished with three glacier cherries and a pineapple ring, on a white plate against a white background with a just visible purple item (possibly a macaroon?) and green cake decoration. By bunchofpants, shared under a creative commons licence.