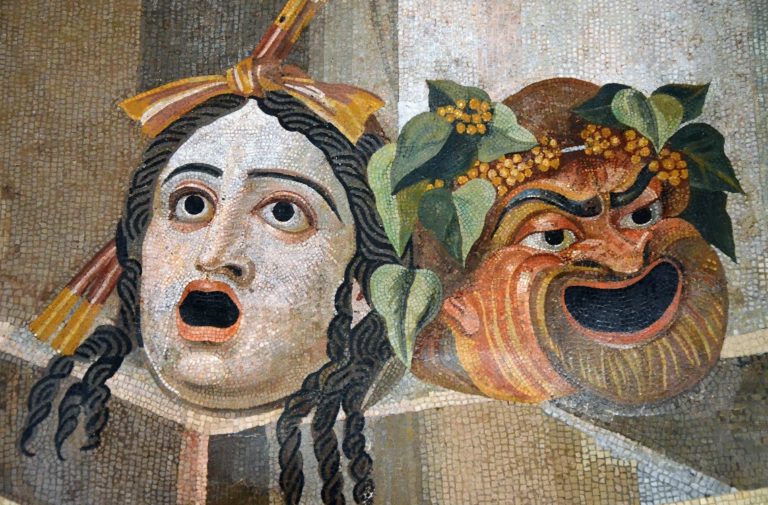 Megan Stodel is the theatre and art editor for The F-Word.

What makes theatre feminist? Is an adaptation of a play written by a dead white guy feminist if it’s given a modern twist? Is a play written by a woman that only features male actors feminist, because at least it advances one of the areas in which women are underrepresented? Without wishing to create a checklist that fails to engage with more complex definitions, it seems to me that often one element is focused on without consideration for some of the others.

This is something I think about a lot when I look for productions that it might be interesting to have reviewed by The F-Word. It was also brought home to me a few months ago at a discussion and Q&A session given by writer Tanya Ronder and director Richard Eyre before a performance of a new version of Pirandello’s Liolà at the National Theatre.

At one point, somebody asked whether the play was feminist. The response from Ronder and Eyre very much focused on the composition of the cast; unusually for such a high profile production, the majority of the cast were women. Ronder and Eyre talked about the novel experience of working with so many women in the theatre and expressed that maybe this made for a play that was much more focused on female experience than many others, thus qualifying it, in some ways, as feminist.

However, watching Liolà shortly afterwards confirmed that it centred around a plot that I would struggle to see as feminist. Essentially, it is the story of Liolà, the only young man in a village full of women, who therefore pretty much gets the pick of them, fathering children all over the place. Although the women are attracted to Liolà, they don’t share his freedom, and are often trapped in loveless marriages or left bringing up offspring. Meanwhile, Liolà is presented as lovable rascal, getting away with doing whatever he wants while remaining a sympathetic character. For me, the fact that there were a lot of women on stage didn’t stop the play feeling like a celebration of a patriarchal system.

Looking back at The F-Word’s theatre reviews of the last year or two, it is evident that different elements can be incredibly important in how the reviewers have perceived the shows. Who’s involved does matter: Lissy Lovett was pleased to see more women on stage in The Amen Corner, whereas Shoshana Devora was very disappointed to see a self-proclaimed feminist production of Pope Joan featuring only three women in a cast of 50. There’s also Glasgow Girls, which was celebrated by Hazel Robertson as being both written and directed by a woman (Cora Bissett).

I think it’s time The F-Word’s theatre section started addressing some of these questions and problems. Therefore, in 2014 I’m going to be attempting to regularly publish features that focus on feminism and theatre in general, in addition to reviews.

I have a few features lined up, but if you are interested in writing one, please contact me or join The F-Word theatre review Facebook group. I’m looking forward to hearing from you!

The photo shows a mosaic of two Roman theatre masks from the second century. Taken by Mary Harssch at the Capitolene Museum in Rome.