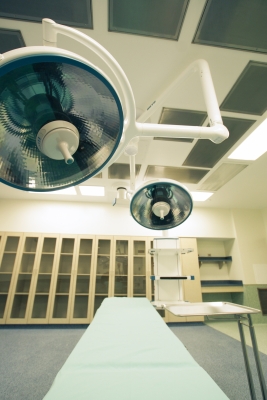 This is a guest post by Quinn Capes-Ivy. Quinn is a feminist trans dude, parent and English student. He blogs and can be found on Twitter as @quinnypin.

I ought to be shocked by the news that a mentally ill woman had her baby daughter forcibly removed from her body by Caesarean section by Essex social services fifteen months ago. I ought to be, but I’m horrified to find that I’m not. I’m appalled, but I’m not shocked. This story, if it’s true, is just another page in the long and unfinished story of the rights of pregnant people – and the rights of the mentally ill – being eroded both during pregnancy and in childbirth itself. There’s also a frightening element here in her nationality – she is Italian and was only visiting the United Kingdom on a business trip, when she suffered from a mental breakdown.

I have been a pregnant and mentally ill person. I have been through consensual natural childbirth, and that was terrifying enough. When you are pregnant, the world conspires against you – in books, through health care professionals, through well-meaning strangers in restaurants, in shops and on the street – to inform you of all the huge multitude of ways in which you are going to kill your baby. If it’s not eating mercury-laced fish, it’s drinking the odd glass of wine. If it’s not smoking, even one a day, it will be the soft cheese you forgot you “couldn’t” have until after you’d eaten it. Not to mention the fact that you absolutely must give birth in a pool at home surrounded by candles/in a hospital via planned caesarean/on top of a mountain with only a billy-goat for company (delete as applicable) or your baby will surely die, and it will be all your fault.

Add to the mix, then, being mentally ill. When I was pregnant, one unnamed person asked me, to my face and in a voice laced with feigned compassion, whether I wasn’t ever so terrified that my baby would be taken away from me at birth because of my mental illness? Well I was very young and very naïve. No, the thought hadn’t occurred to me. But you can be certain that it occupied my every thought from that moment until the moment I walked out of the birth centre with my new son, bleary-eyed and convinced that at any moment someone was going to come rushing up behind me and shout that I wasn’t capable, I was too mental, I must give the baby back now.

There is a term in feminist and childbirth circles; ‘birth rape‘. It describes forcible and non-consensual internal examinations during pregnancy and childbirth. For a lot of pregnant and birthing people, this can be a hugely distressing and triggering violation. Birth rape is a feminist issue, it brings about similar arguments to pro-choice ones; that a pregnant person’s body should be his or her own, and only he or she should be the deciding voice in what happens to it. It’s also a feminist issue because non-consensual penetration, no matter how noble the intentions of the violator, is rape.

I have read too many stories about people whose birth experiences have been transformed into nightmares by birth rape, of people trying to wriggle up the bed away from probing fingers or instruments that they do not want to allow into their bodies. I have read too many stories about forced caesareans, where a person has been in the process of giving birth, a doctor has decided that she ‘needs’ a caesarean, often because of a spurious diagnosis called “failure to progress” (“this person is taking too long to labour, I have a golf appointment, let’s get them into surgery”) and the caesarean has been performed despite the birthing person’s denial of consent. But this case in Essex is something I’ve never read of before, and it horrifies me.

I would consider what Essex social services put this poor woman through to be another form of birth rape. They drugged her and entered her body with a sharp weapon and no consent. In any other circumstances, they would be facing a long jail sentence. They didn’t just take this woman’s baby away, though that would have been horrendous enough. They forcibly sedated her and then they physically cut her open and tore her daughter out of her body without her consent. That’s not just disgusting and unfair, it’s assault. I’m certainly not a lawyer, but I thought people – yes, even pregnant people, and mentally ill people – had the right not to be assaulted?

The woman in question still doesn’t have her daughter, fifteen months later. But even in the unlikely event of the social services department in question realising they have fucked up in an outrageous manner, they can’t undo this. They can’t take away the trauma of the experience for the woman who suffered an unimaginable assault at the hands of people who are supposed to be caregivers.

[A photograph of an operating theatre. Image credit: digidreamgrafix]