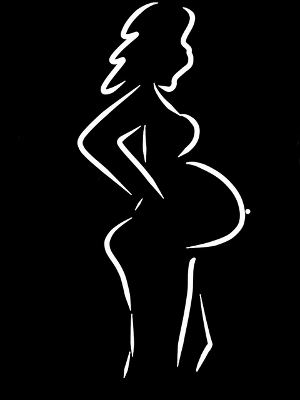 How to get pregnant: what they don’t tell you in schools (part one)

Saranga discusses getting pregnant and considers the sex education she received in school in the 1990s.

I recently found myself in the previously unknown situation of actively trying to get pregnant. It took a while, longer than me or my partner expected, which led me to ruminate on the sex education I’d received in school in the 1990s and the information given online about the technicalities of fertilisation.

I’ve come to the conclusion that my sex education at school was a bit crap. Dishonest and misleading even. At the time I thought it was great. We had classes every year, from the age of 10 through to when I left school at 18. We covered conception, contraception, abortion (a bit, in that it existed, I think) and Sexually Transmitted Infections. (I can’t remember if we looked at issues such as consent or even non-PIV (penis-in-vagina) sex.) In addition to school provided teaching, I was a regular buyer of magazines like Just Seventeen, which I thought did an excellent job of informing teenage women about diseases, safe sex and the reality of life as a mother, teenage or not.

But the thing about sex education at school is that I was left with the impression that if you don’t use contraception, you are 99% likely to get knocked up every time you have PIV sex.

Trying to get pregnant showed me this clearly isn’t the case. Here are the technicalities of getting an egg fertilised by a sperm:

This means that in order to get pregnant you have to have potentially reproductive sex in the seven day period before ovulation and up to 24 hours after ovulation. To increase your chances of getting pregnant, you should do this as close to ovulation as you possibly can.

Unless you have a dead regular cycle, you can’t tell exactly when you are going to ovulate, so it is recommended to either have PIV sex every two or three days throughout your cycle, or, if you want to make sure you are timing it right, you need to use an ovulation kit. Here, you either pee on a stick, which will measure the amount of hormones in your system and tells you if you are due to ovulate, or use an digital contraception device like this one. Basically you pee on a stick, put the stick in a machine and after a couple of months it will have learnt your cycle and tell when you are fertile. It’s sold as a contraception device, so you have intercourse when it says not to if you want to get pregnant.

Even if you have PIV sex on those magic eight out of 28 days, you are not guaranteed to get pregnant. Sperm might not survive long enough to fertilise the egg. The egg may be impenetrable. The fertilised egg may not settle in the womb lining. The sperm and egg that have joined may not be compatible and you may miscarry before your next period.

My question is, why wasn’t this made clear in our sex education classes? I do not ever recall having the mechanics of ovulation spelled out to me. I’ve had nearly a year to consider this and I still can’t work out why it wasn’t explained properly to us. My cynical side says teachers and schools think teenage girls can’t handle this information and, once armed with an understanding of this basic biology, will use it as a carte blanche mandate to shag every male we can find on our non-fertile days.

See, the thing is that if you explain how fertile periods work, you can also explain that they are bloody difficult to predict, especially when you are a teenager and you don’t have regular periods. So why not say to teenage girls that it is possible to get pregnant anytime but that this is because ovulation is irregular and you can’t predict when you will ovulate? You can only look back and see when you have ovulated. So explain that it’s not worth trying to guess because it’s impossible. Talk about how you don’t always make the best decision when you’re horny. Discuss how teenagers (and often adults) of any gender sometimes lie and are flexible with the truth just to get their rocks off (we’ve all done it). And, while you’re at it, challenge the idea that responsibility for contraception lies with the woman and not the man.

Saranga is a 33 year old bisexual feminist reading many many comics. She runs New readers…start here!, where she reviews comics for people who are new to them and also Pai, where she talks about comics in a more general sense. Her favourite hero is Supergirl. She is on twitter as @sarangacomics.

White outline sketch of a profile of a pregnant woman against a black background. By Jerome Ware, shared under a Creative Commons License.