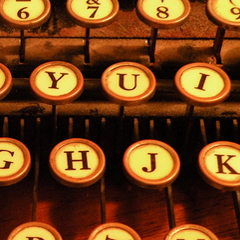 Regular readers may remember our call for applicants last year to take on the roles of Comics Editor, Games Editor and Music Editor. We received a wealth of replies; so many, and of a uniformly high standard, that it’s taken us until now to process them all – but I’m delighted to share the news that TFW has now been joined by three new Section Editors. Here’s a little bit about each of them: 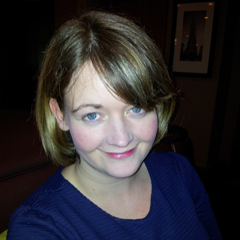 Kate Townshend is a freelance journalist, teacher, English Literature graduate and very definitely, a feminist too!

In an effort to keep things eclectic, she is interested in everything from educational issues to geek culture, as well as anything and everything to with women and their participation and status in public life.

Kate has been published in the Guardian, the Times Educational Supplement and Britain magazine amongst others.

You can find her Reluctant Geek blog at The Lion’s Share where she waxes lyrical about comics, games and movies. Sometimes (often) she sneaks some feminism in there too! 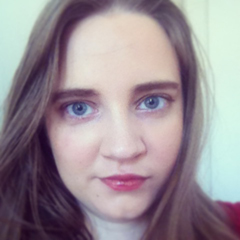 Laura Buttrick is a final year video games production student at the University of Lincoln, and a founding member and President of the university’s Feminism Society. She has previously worked as a video games reviewer for the California Literary Review, as well as hosting her own blog and contributing to other blogs such as Quite Irregular and The F-Word. She also contributes papers to the human-computer interaction academic community, presenting them at conferences internationally. As well as tackling feminist issues in video games, as a queer woman Laura is a passionate supporter of LGBTQ* rights.

In her spare time, Laura has an eclectic variety of hobbies. As well as playing video games she loves needlework and embroidery, and is a collector of both dolls house miniatures and bird ornaments. Laura also loves aviary birds, and has a particularly soft spot for cockatiels. 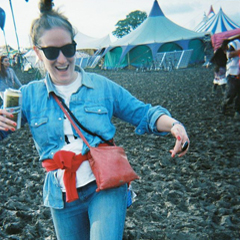 Jo has been aware of and interested in social and gender inequality for as long as she can remember. A native Yorkshire-woman, Jo finds inspiration and sanctuary in music and dreams of taking a year off to intensively study – and master – a musical instrument. This week, the trumpet is favourite. She is anti-musical snobbery and has no guilt about any of her musical pleasures.

Jo escapes the “challenges” of her 9-5 through running, reading, discovering new tunes and surfing Pinterest (heavy feminist presence, people). She feels privileged to be part of The F-Word team.

I’m very happy that Jo, Kate and Laura have joined us and am looking forward to reading their contributions. Welcome, all!

Image attribution: The image at the head of this post is called ‘Typewriter Keys’ and was found at Kristin Nador’s Flickr photostream. It is used under the terms of the Creative Commons Attribution 2.0 Generic license.