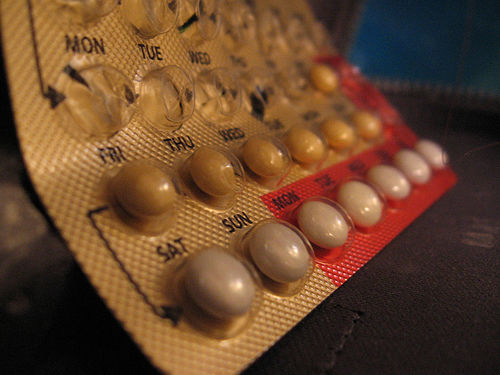 In pursuit of non-hormonal contraception

It wasn’t until I stopped taking the pill that I realised how much it had changed me. The pill is pushed forward as the most reliable and effective method of contraception with little consideration given to the consequences. It is currently prescribed to 3.5 million British women which accounts for one fourth of 16-49 year olds. If taken correctly, it is over 99% reliable against unplanned pregnancy. It works by artificially superseding natural hormones and replacing them with synthetic ones.

When on the pill, your body thinks that you are recently pregnant and stops the ovaries from producing eggs, effectively shutting down the female reproductive cycle. The consequences of this hormonal overhaul are referred to somewhat vaguely – most medical advice suggests side-effects settle down within six months or so; if not, there are several different brands of the pill to experiment with in order to find the correct one for you.

I thought no differently and the pill served me well for several years. Aged 16, I was prescribed six months’ worth of Dianette – both as a contraceptive and also to clear my hormonal teenage skin (that was not in serious need of medication). The pill is often prescribed as a medication for various ailments – acne, cramping, irregular periods, to name just a few. But while it can control these symptoms, the results are often temporary and work only by masking deeper-rooted issues.

Until I came off the pill, I didn’t notice what the contraceptive was doing to my body

So by the time I reached my 24th birthday, I had been swallowing this little sugar-coated pill of synthetic hormones for eight years without thinking too much about it (during this time I had been on a few different brands of pill). After coming out of a long term relationship, I finally decided to stop taking it. But that wasn’t my only incentive. I had felt dissatisfied with the pill for a couple of months, unable to put my finger on explicitly why this was, but certain that constantly taking hormones was having an effect on my body.

Documented side effects of the pill are difficult to pinpoint because they are individual to each woman. The NHS website, for example, states that side effects “can include headaches, nausea and mood swings – if these do not go after a few months, it may help to change to a different pill”. Taking a quick opinion poll about the pill in my group of friends often results in them complaining that the pill put them in a bad mood or lowered their sex drive. In some instances, these effects were clearer when there was a break in pill usage; for example, coming off the pill and then starting again a year later. It is easy to attribute such ‘general’ symptoms, such as feeling low, to daily life, which is what the general blurb from medical websites seems to suggest.

To be clear, I experienced none of the reactions to the pill that emerge in swarms on internet forums. I didn’t gain weight, it didn’t make me depressed, I was fine. When I came off it, I enjoyed the idea that my body was returning to ‘normal’ but noticed no drastic difference. The difference was subtle and became progressively noticeable. It wasn’t until I was watching an episode of 24 hours in A&E which made me cry that I realised it was the first time I had cried in a couple of months.

At university, in my pill days, I would cry readily and easily – in hindsight, I was on the verge of tears much more than average but didn’t think anything of it because it was easy to attribute non-serious side effects as ‘normal’. The point is this – until I came off the pill, I didn’t notice what the pill was doing to my body. At the back of my mind I wondered how much of it was ‘me’ and how much was influenced by my body believing I was constantly pregnant. Blogger Emily Hartridge has recently begun to explore the side effects of the pill, interviewing women who have reacted negatively to various brands.

I do not have an issue with the pill in itself and believe that women should be able to make educated and individual decisions about contraception. The issue I have is with the social and medical responses to side effects of the pill which are difficult to isolate and understand. If you report any of the pill-related side effects, the general medical response would be that the pill has a low dose of hormones and that your low libido could be caused by tiredness or stress. The answer from society is that it’s important to take responsibility for and control your fertility by overriding it with synthetic hormones so that your partner doesn’t need to use a condom. 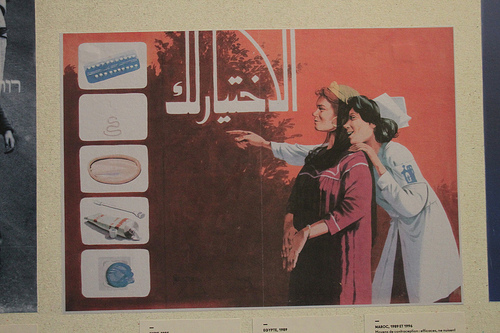 What the pill represents – a form of sexual liberation by offering women an elective decision about individual sexual pursuits free from pregnancy scares – is fantastic. This is why it is a popular and cheap method of contraception. But there is always push and pull – there is no way that the pill is a perfect method of contraception otherwise there would be no desire to develop any alternatives. There is a lack of explicit information regarding the possible side effects of the pill and sometimes it can be misleading. For example, some literature about the pill refers to the withdrawal bleed as a ‘period’, which falsely suggests that the pill does not suppress the natural menstrual cycle.

I am not a teenager anymore; I have different and more informed opinions about the long-term impact of overriding my hormones. I would rather be off the pill and feel like myself than sustain an artificial false-economy ‘peace of mind’ that accompanies the pill. I like the idea of working in tandem with my body. I am amazed at how popular the pill remains to this day despite the overwhelming evidence of negative side effects, but having investigated alternative non-hormonal options, I can see why this is. There are 15 different types of contraception, but, in my experience, GPs will offer the pill as an automatic first-choice because superficially it is the most attractive choice. Fortunately there is increasing discussion about contraception and women are starting to be more vocal and honest about the potential effects of taking the pill long-term.

There should be a wider exploration of other non-hormonal methods of contraception that would allow women to make more informed decisions. I have recently discovered Pearly – a device which measures your basal body temperature, collecting data about the user that signifies what dates it is safest to have unprotected sex during the menstrual cycle. When used correctly, the device claims to have 99.3% reliability in determining the fertile/infertile phase. This is not a universal recommendation by any means. Most alternatives to hormonal contraception are not as costly as Pearly. The Fertility Awareness Method, which involves manually tracking and observing the biological signs of fertility, is one that many women use successfully, and FAM instructional sessions are available through the NHS.

I am not suggesting that the pill is to be completely avoided; it is an individual choice. The problem I have is that the choice isn’t fully articulated.

Lizzie Ferguson is a freelance editor passionate about clean living