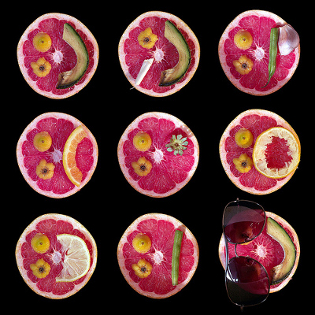 Welcome to the latest round-up of the articles and blog pieces we’ve been reading over the past week. If you have a link or comment that doesn’t fit anywhere else and would like to share it, feel free to drop it in the comments here.

Please note: The links in the round-up are are posted for information and/or discussion purposes only. This means we don’t always agree with every viewpoint expressed in the items or everything on the sites containing them. As with other content on this site, none of the material reflects any “official view from The F Word” because not all contributors to the site will necessarily hold the same opinions on the topics or pieces shared.

Content warning: A note has been added when the content is not adequately indicated in the title of an article but you are advised to approach the links with caution, as they go to external websites and comment threads we have no control over.

Where Are the People of Color in Children’s Books? (New York Times)

Little Girl Taken Out Of Christian School After Told She’s Too Much Like A Boy (WSET.com)

On why Hart doesn’t have two mommies (Mutha)

‘Opting out’ and the glass ceiling (Jolene at MyPaper)

To all the ‘no make-up selfie’ male haters: take a look in the mirror (Brooke Magnanti at The Telegraph)

#SexIndustryWeek: My enemy’s enemy is my friend (Roz Kaveney at Feminist Times)

Claudia is Intersex, Let’s Talk About it (Claudia, Autostraddle)

Sandi Toksvig: ‘Today we can all celebrate whom we choose to love’ (Guardian, Life and style)

“Today I’m not using quotes from other people about why they think legalising AS [assisted suicide] is bad; today I’m writing purely about my own thoughts and experiences.”

The myth of slacktivism (Genderterror)

This is not a solution, this is the problem (Shakesville)

“Once again a video of the miracle of hearing via cochlear implants has gone viral. I find this bothersome, but not for the reasons you might think, given that I’m a member of the signing Deaf* community, a bioethicist, and philosopher. Instead, I’m annoyed by the framing of the cochlear implant narratives and the gendered aspects of cochlear implant videos that go viral…”

‘Androgyny is all around us’: Meet XXXora, a hermaphrodite on a crusade (Independent)

The #cockinasock campaign and who they’re forgetting (Buzzfeed, Community)

‘Enough is enough’: the fight against everyday sexism (Guardian)

Call yourself an “Intersectional Feminist”? (Reni Eddo-Lodge at Feminist Times)

To Bleed or Not to Bleed: Some thoughts on The Red Tent (Ladyfest Sheffield)

“The celebration of periods can be an effective way of redressing the shame women are usually encouraged to feel about their bodies, but what happens if this is done in a way which excludes non-women with periods or invalidates the gender identities of women who don’t have them?”

In praise of the women of Elementary (The Mary Sue)

And here’s one that’s a little out of date (19 March) but definitely still relevant:

Objections from the English Collective of Prostitutes to the methodology and content of the report from the All-party parliamentary group on prostitution (prostitutescollective) [Thanks to Niki Adams for the nod to this.]

Grapefruit halves with various smiley faces. By illuminaut, shared on Flickr under a Creative Commons license.