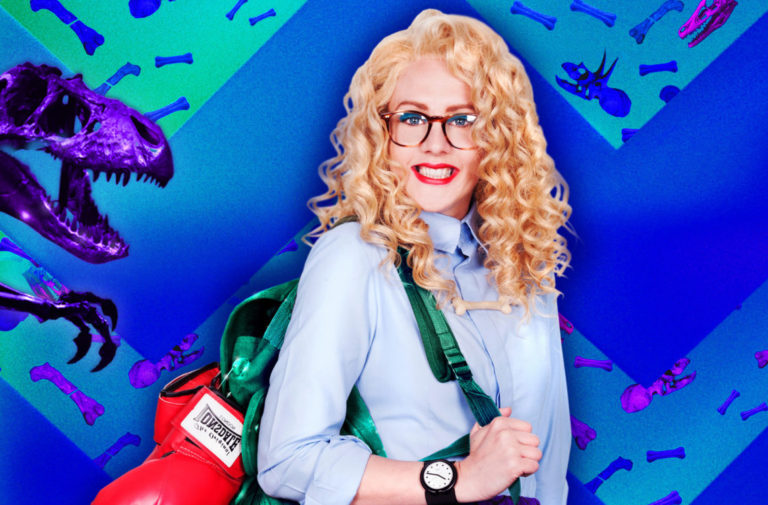 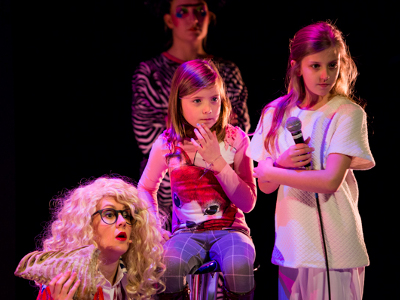 Catherine Bennett is the new superstar in town. The brainchild of Bryony Kimmings and her young niece Taylor, CB is a palaeontologist and pop star, aiming to entertain and inspire young children, particularly young girls. Her new play, That Catherine Bennett Show, attempts to push the limits of what we’re used to from children’s shows; Kimmings says it needs to combat existing shows and so-called role models that only offer “the very limited version of what your life could be like”.

Talking of children, she says:

“They’re open” she exclaims, “They’re bloody amazing. They’re like sponges. And all we’re doing is… limiting every possible thing that they can do.” This isn’t just true of the way women are presented in pop. “All of their TV programmes – nearly all of them – have very, very gendered roles.” Toys too, and even education, teach: “‘You’re a girl so you can be this. You’re a boy so you can be that.’ I mean, they don’t need that. They totally don’t need that. They need the opposite of that.”

Is she successful? Charlotte Rowland thinks so. In her review of That Catherine Bennett Show, she writes about the exciting topics the play engages with:

Among the general lesson that anything is possible is a gently political and progressively feminist current. At one stage, the pace slows and the lights dim for a bedtime story. It is about Emmeline Pankhurst. Later, CB sings Apathy (a song which has been playing in my head ever since). The lyrics ask: “What you wa-wa, what you waiting for?” Then there is the new addition to CB’s repertoire, ‘Hear Me’, for which the audience are required to chant: “We’re loud, we’re proud, we’re stronger as a crowd.” “Human rights” is a phrase heard more than once.

To read Charlotte Rowland’s interview with Bryony Kimmings and her review of That Catherine Bennett Show, click here.

Photo 1: Catherine Bennett, a young woman with blonde hair and glasses, carrying a backpack and boxing gloves against a blue background decorated with the skeleton of a dinosaur.

Photo 2: Catherine Bennett squats next to two young girls. She is holding a conch shell.