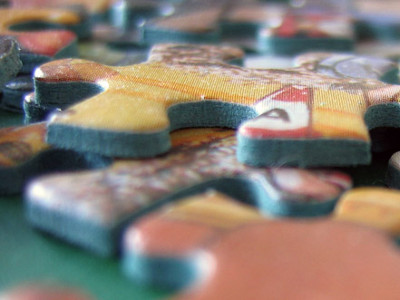 Who your friends are matters

This is Charlie Hale’s first guest post for The F-Word. They’ll be blogging for us throughout March. Charlie Hale is a Computer Science student and blogger by night and asleep by day. They’re a genderqueer, kinky, polyamorous pan/bisexual who can’t keep their mouth shut.

A recurring theme within a certain sector of feminism, which we might refer to as privileged, professional or media feminism, is the pushing back at criticism based on friendships or political alliances. To critique one’s friends, they argue, is creepy, or scary, even a totalitarian-esque attack on the freedom of association – entirely missing the significance of these associations. No one will find unanimous agreement on everything with everyone; even between friends, there is – and should be – large scope for disagreement. However, there are some issues on which disagreement should be a clear cut deal breaker: I could not, for example, be friends with Fred Phelps, Vladimir Putin or Norman Tebbit, whatever the circumstances.

Why not? Well, because they’re vile human beings. Who would want the company of someone so appalling? However, more than this, it would give endorsement – on both personal and political levels – to their views and actions. My friendship would imply their views were, to me, credible; that I felt these views were welcome in society. This applies to events as well: to invite bigoted and frankly unacceptable views to be aired on your platform is to give them tacit validation and approval. This isn’t a matter of endorsing the truth of an associate’s views, but rather the acceptability of them.

This is the primary idea behind no-platforming: the practice of an organisation refusing to give a platform to someone, and/or a person refusing to speak on the same stage or panel as them – something which is the responsibility of any responsible organiser or speaker. Inviting such speakers not only negatively impacts the climate of the movement, but actively makes marginalised people feel less safe and welcome in the event and the movement as a whole.

In many cases, a person’s problematic politics will be dismissed as “not problematic enough” to warrant no-platforming: this, however, is a blatant display of privilege. If you are in the position where you are able to wave away oppressive behaviour with no personal ill-effects, you are almost certainly not in the position where you could reasonably speak for that oppressed group.

It is never the privileged who suffer from the toxic atmosphere – and, from a platform of privilege, that can be easy to ignore. Active engagement with less privileged members of a movement is the only real way to promote accessibility.

There is some pragmatism required. It is usually unreasonable to expect someone to call out their boss – as journalist Laurie Penny has been pressured lately to do. I generally don’t expect people to starve for their feminism and we can’t assume that people are always able to actively tackle problematic views from their superiors without risking their own well-being.

However, active endorsements of problematic individuals and groups must be tackled. Feminists who cosy up to TERfs, white supremacists or misogynists for their own advancement – or, as is becoming common, to seek sympathy from problematic groups having been called out – must understand the serious damage they are inflicting. Placing the views of the oppressors above the safety of the oppressed sends a very clear message: ‘my feminism is for me, and my ilk, and us alone’. This is as much a part of the patriarchy as what they claim to be fighting against.

The image is a close up of loose jigsaw puzzle pieces, by jstanier and shared under a Creative Commons Licence.

Erratum (18 March 2014): The month of Charlie’s spell as guest blogger was wrongly shown as November. This has now been corrected to March.