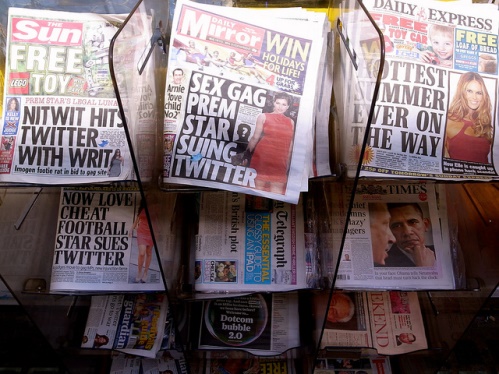 From public services to public women: a morality tale for the age of austerity

Josie Cunningham is a young single mother of two and aspiring glamour model from Leeds who received a breast augmentation on the NHS after claiming that she had suffered serious mental health issues and bullying because of her chest size. According to reports, Cunningham, whose modelling career failed to take off even after her surgery, worked as an escort until she fell pregnant and is now selling phone sex.

There is sadly nothing particularly exceptional about Cunningham’s aspirations, nor about her more pragmatic employment choices, in an economic climate in which youth unemployment remains high and the minimum wage falls short of the living wage by well over a pound per hour, despite a recent increase.

What makes her case worthy of attention and serious reflection is a toxic entanglement of gender politics, celebrity culture and cuts to public services, in which the objectification of gendered and classed bodies (twice: in the form of images and as titillating narrated experience) goes hand in hand with a tactical undermining of public services.

Cunningham’s story demonstrates once more that not only are women the principal losers from the systematic attacks on the welfare state, but also how some media collude in the simultaneous vilification of young working-class women and the tactical undermining of public services, smoothing the way for further cuts. The tabloid press, weekly magazines featuring ‘real-life stories’ and social media emerged as allies not only in abusing Cunningham for allegedly wasting precious NHS funds but also in using her as a front for a covert attack on the NHS and, by extension, all public services on account of their vulnerability to such abuse.

This troubling alliance between traditional patriarchy, economic conservatism in the context of austerity and neoliberalism was encapsulated in the glib dubbing of the NHS as “New Hooter Service” in The Sun. Cunningham became the victim of an orchestrated media campaign ridiculing her aspirations as misguided by calling attention to the ways in which she still failed to meet established beauty ideals even after her surgery.

Whilst panned as an ‘undeserving’ user of the NHS who has been called upon by an ‘outraged’ public to refund the cost of her cosmetic procedures, Cunningham herself has gradually become public property: firstly, as a reality TV celebrity who has forgone her privacy and whose life is subjected to constant public scrutiny and moral judgement, and subsequently – and more literally – as a person whose surgically enhanced body, and specifically her breasts, now belong to the (male, heterosexual) taxpayers who ‘paid for’ them. In this sense, and before even embarking on sex work, Cunningham was turned into a public woman. Ryan Oddy’s tweet on 27 March 2013 is typical of such proprietary entitlement: “After all the tax I’ve paid in my life I feel like #JosieCunningham owes me a titw**k”.

Since its very beginning in March 2013, Cunningham’s story was cast in terms of an unequal and biased economic exchange from which she unfairly profited while a language of deficit and indebtedness was used to underline the moral of her tale. The Sun was first to report the news of her ‘abuse’ of the NHS. “Wannabe model gets giant 36DD boobs… courtesy of the taxpayer”, the tabloid announced, highlighting the alleged mishandling and exploitation of what it sees as a deeply dysfunctional and vulnerable health service. Josie was reported to have confessed: “I was never depressed about my flat chest and wasn’t teased at school about it [as she had argued to health professionals]. I just got emotional when I was explaining to my GP that I felt I couldn’t live a full life the way I was — and he agreed to refer me for implant surgery.”

On the other hand, Cunningham’s gratitude is drawn out only to be ridiculed (“I don’t know hooter thank first: Wannabe Josie so pleased with taxpayer-funded op”) and turned on itself to become its opposite: since this hasn’t been a willingly offered ‘gift’ from the taxpayer but a purloined and misused public service by a canny, selfish and thoughtless ‘wannabe’, Cunningham’s thanks only fans the flame of journalistic and soon public outrage. 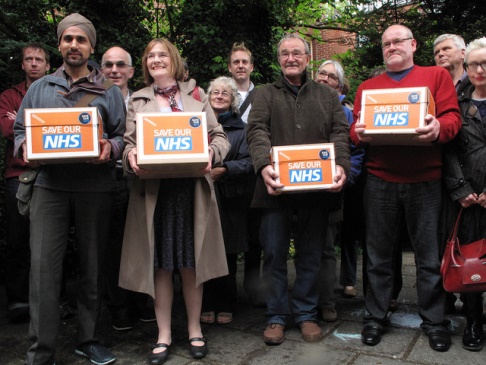 In a characteristically cynical move, The Sun illustrated its first articles on Cunningham with topless photographs and a video of her exclusive photoshoot for the newspaper, even while her fresh surgery scars were still clearly visible. In addition to revealing its hypocrisy, The Sun risked undermining its own dismissal of Cunningham’s modelling ambitions (her lack of success in the glamour business is something of a refrain in relevant press coverage) by offering her lucrative work as a glamour model. Yet this was a small price to pay for being able to construct a slippage between canny Cunningham and her gullible victims, the wasteful and careless NHS doctors who granted her wish, and for having them both share the blame.

In some publicity photographs, the NHS logo was physically overlaid on Cunningham’s surgically augmented body, either printed on a strip of material worn as a cross front halter neck bra or digitally superimposed on her nipples in the familiar manner of blackout tabs that cover nudity.

In July 2013, the next instalment in Cunningham’s story was published, with the explicit intention of causing further controversy through headlines like “Warning, this interview will make your blood boil”. Mere months after her surgery, Cunningham was reportedly unhappy with her new breasts which she found too big, she blamed them for her stagnating modelling career and expressed the wish to have them reduced for free. According to some articles, she also threatened to sue the NHS for bad practice, specifically for rushing her consultation and giving her unsuitably large implants.

Caught in a vicious circle of debt that can never be paid off, Cunningham’s predicament wouldn’t seem that different from human trafficking scenarios

In its relevant ‘news report’, Closer magazine included two sidebars, one in which the mother of a two-year-old cerebral palsy sufferer, who was refused an operation that would help him walk, conveyed her frustration at the NHS rather than Cunningham herself for not having its priorities straight, while the other listed essential services for which £4,800 could have paid had this sum not been so irresponsibly squandered on Cunningham’s augmentation. Lisa Burrow’s editorial in the same issue proclaims: “You’re paying for Josie’s boob job!” and points out that the case is far from exceptional, instead “highlight[ing] the crazy use of taxpayers’ money”.

In a redemptive twist three months later, it was widely reported that Cunningham had an epiphany as to the true value and legitimate uses of NHS resources after a cancer scare and vowed to pay back every penny that was spent on her previous operation. Her plans were originally praised, by Lisa Burrow among others (“Boob job regret” editorial) but were thwarted once more, just like her modelling career.

In January 2014, a new story broke that Cunningham, unable to save enough through her day job and the few modelling engagements she managed to get, turned to selling sex in order to fulfil her self-imposed obligation to the NHS. Caught in a vicious circle of debt that can never be paid off, Cunningham’s predicament wouldn’t seem that different from human trafficking scenarios were it not for the breezily impish tone of these reports: naughty Josie is said to worry about falling for her attractive clients and can’t resist splashing out on gifts for herself and her family while she is supposed to be saving her earnings.

The implication is that people like Cunningham – the wannabes, who don’t know their place should be kept down

Predictably, Cunningham’s serialised vagaries did indeed fuel a very nasty backlash on social media, especially Twitter. Nevertheless, trolling is not my concern here (the gender bias of this phenomenon, in which women find themselves overwhelmingly on the receiving end of horrible abuse and serious threats of violence, has been well documented). Nor do I feel equipped to assess whether the decision to offer Cunningham a publicly funded breast enhancement was justified, for a variety of reasons, including the pronounced ideological bias of the only available reports of the case and the impossibility of passing a valid judgement without access to medical expertise and an in-depth knowledge of current NHS policy.

After all, Cunningham’s case is only one of many examples of allegedly inappropriate uses of NHS funds condemned by the tabloid media, always quick to condemn what they view as waste in the context of austerity. The implication is that people like Cunningham – the wannabes, who don’t know their place and should be kept down – are somehow undeserving and exploit the honest contributions of other tax payers by over- and misusing dwindling shared resources.

If this attitude comes across as mean, that’s because it is: taking its cue from governmental austerity measures, it would appear that the tabloid press has tacitly declared a state of emergency, in which previous ‘indulgences’ have to be quashed to allow for the survival of the ‘honest’, the ‘hard-working’ and the ‘deserving’. Disturbingly, a slippage has also been established between wasteful uses of resources and wasteful users, who are not simply condemned as exploitative “freeloaders” but are themselves found to be a waste of space (see especially comments on Josie Cunningham’s Facebook post of 27 March 2014).

Cunningham’s pregnancy was announced at nearly the same time as the news that she is planning to use her NHS entitlement for free dental care, available to all pregnant women and new mothers in the UK for a year after giving birth. While the pregnancy offered fresh fuel for an attack on Cunningham’s character, because she conceived while working as an escort and is allegedly unsure of the identity of the father, the prospect of further NHS treatment, even basic dental care, is what incensed the tabloid media anew: “Pregnant Josie cashes in”, the Sun exclaims. Citing the TaxPayers’ Alliance, who were regularly approached for comment in the reporting of this case, and giving multiple examples of ill children failed by the NHS, the tabloid media appear blinded to Cunningham’s humanity, never mind her entitlements as a UK resident. Instead of the ‘fame-hungry’, it is rather old-fashioned misogyny and a reinvigorated hatred of the poor that emerge as the clear winners of austerity Britain.