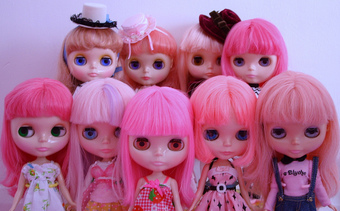 Can you be half hearted when trying to avoid gender stereotypes?

As a Mum, I like to think I’m pretty aware of the gender stereotypes that are enforced on us and our children, and of the potentially limiting effect they have on our lives. It wasn’t until I studied sociology after my son had started primary school that I became aware of the academic explanations for these things, but I feel like I have always challenged at least some stereotypes on behalf of my boy. I credit this largely to the way I was raised myself. My Dad, in a home with his wife and three daughters, did not shy away from the jobs traditionally seen as ‘women’s work’. He cooked, cleaned, took us to dancing lessons and never complained about doing the tampon run. Looking back, I think maybe we may have over-praised my Dad for doing ‘something’ while my Mum still did ‘most things’, and at times this must have pissed her off greatly! But still, compared with some friends’ Dads, who plonked themselves on the sofa with the TV remote and a beer of an evening and were waited on hand and foot, my Dad was something of a breath of fresh air.

I’ve been considering if ‘something’ is enough when trying to combat oppressive gender stereotyping of our children. I certainly do ‘something’. My son spent a good few months pushing his favourite doll ‘baby Dave’ round in a pink pram. One of his favourite games is putting on my makeup and dresses and playing theatre. He plays football and goes to dancing lessons. I’ve never uttered the phrase ‘that’s for girls/boys’ to him and I’m careful that he doesn’t think some jobs round the house should fall to me because I’m a woman. We have had many a chat about how women and men alike can do anything they want to do and I’ve explained that gender should not inhibit your choices in life. I hope that all these things will give him a more flexible view of gender differences than society might offer him. I’m now expecting baby number two, and once we find out the gender of our baby it will not open the floodgates for a bombardment of pink or blue into our home. 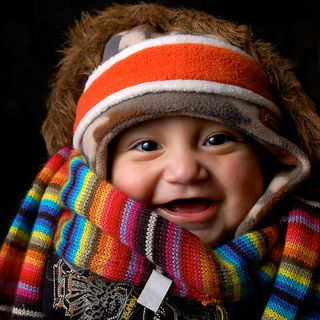 However upon considering this recently, I’ve realised that clothing is the sticking point in my mind. The moment when this was brought into my consciousness was when I went to pick up a few bits of clothing for the new baby, gender unknown. My rational mind was telling me “The baby can have any clothes, any colour, any pattern”, but in reality something still stopped me from buying the gorgeous vintage looking sleeper suit, which I loved. Why? It was blue, and had cowboys on and it was expensive. I’m a little ashamed to admit that I thought to myself that I wouldn’t dress the baby in it often if it was a girl, because people would mistake her for a boy. My son doesn’t wear dresses or skirts outside the house. If I’m totally honest if he asked me if he could, I think I would say no. Even as a supposedly open-minded Mum it seems that gendered clothing is my final frontier.

I have questioned myself about what reason I could offer for limiting my son’s clothing choices because of his gender. I first thought that I would be aiming to protect him from unkind words and potential bullying. This is definitely a worry. Children can be so cruel, and anything that pushes the boundaries of ‘normal’ makes for an easy target. But this argument seems to fall down in relation to the baby. Nobody is going to bully my newborn child in my arms. Sticking to gendered clothing, even if in looser terms than some might, is purely a reflection of my feelings and how deeply engrained gender stereotyping is, even in those of us who aim to reject it. On reflection I think I might nip back and buy said thought-provoking sleeper suit after all. That way every time my child wears it I can be safe in the knowledge that my ‘something’ just got that tiny bit bigger.

[The first image is a photograph of nine wide-eyed dolls, each with pink hair. They are gathered in rows and are all facing the camera. It was taken by Dollyclaire and is used under a Creative Commons Licence.

The second image is a photograph of a young child bundled up in many layers of clothing, in rainbow colours. It was taken by Andrew Vargas and is also used under a Creative Commons Licence]