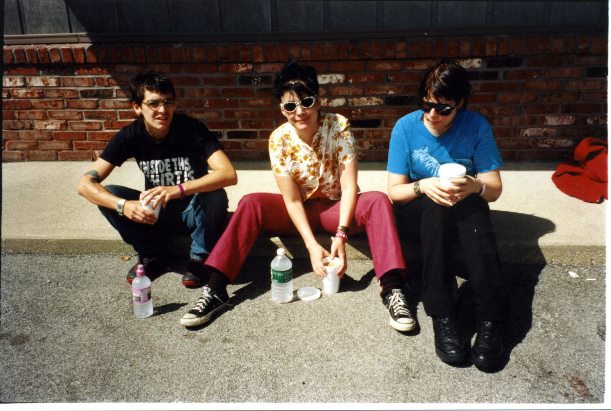 The Punk Singer: How to Be a Rebel Girl

Sini Anderson’s documentary The Punk Singer is dedicated to punk feminist writer Kathy Acker, who advised a teenage spoken word artist in Olympia to become a singer. It’s one of many origin myths that the film puts into play for Kathleen Hanna, the rebel who was the coolest girl in the neighbourhood in the early 1990s as the lead singer of Bikini Kill. She co-founded riot grrrl (with Bratmobile) and inspired grunge, spray-painting “KURT SMELLS LIKE TEEN SPIRIT” on the wall of a fake (anti-)abortion counselling centre while out with the young Cobain, who was then dating her bandmate Tobi Vail. The film fizzes and crackles with the energy of that time and with reminders of how the music was formed in response to the forces of conservatismby a tightly-knit community.

2. If you want to be heard, you need something to say.

Olympia (in Washington), where Hanna went to Evergreen State College, is the source of many of those origin myths. There’s her classes with Tammy Rae Carland, who remembers Hanna bringing in a copy of a Time magazine cover that declared feminism over (because of Ally McBeal of all things), and saying that “it couldn’t be dead because we were living it”. Hanna and friends rented cheap gallery space to exhibit her experiments with photographic collage, inspired by Jenny Holzer and Barbara Kruger.

Their influence can also be seen in the declarative clothing (which would recur in Le Tigre’s STOP BUSH dresses in the 2000s) that Hanna created after her roommate fought off a sexual assault in their shared housing, determined to survive in order to finish her first symphony. This searing incident crystallises the feminist connection between voice, music, courage, will, rage, ambition and live performance that runs through Hanna’s career and through the film.

3. If you want to be heard, you need people by your side. 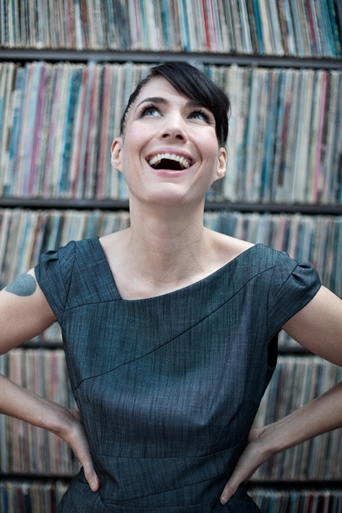 Bandmates Tobi Vail and Kathi Wilcox (reunited with Hanna in The Julie Ruin), along with members of Bratmobile, Sleater Kinney and Tribe8, refute the typical narrative of girl fights with hilarious and touching analyses of the scene’s formation and Hanna’s leadership. All of the performers interviewed in the film, who clearly love Hanna, are still making music or mayhem, as is Hanna herself.

The presence of Kim Gordon and Joan Jett, Hanna’s long term friends, is a tribute to a disappeared history of transgenerational feminist connections in the music business. When Gordon reads the Riot Grrrl Manifesto in front of an audience of new bands and young New York hipsters at the Kathleen Hanna Tribute Show seen at the end of the film, it’s a powerful image of solidarity – and a shocking reminder of how relevant riot grrrl’s arguments remain.

4. If you want to be heard, you need to control the means of production.

“We tried to take feminist things we read in books,” says Hanna, “and filter them through a punk rock lens” producing Holzer and Kruger-inspired zines, seen in excerpts from Abby Moser’s zine-style documentary Grrrl Love and Revolution. Like zines, DIY films such as Moser’s and Tamra Davis’ No Alternative Girls (and The Punk Singer itself, which was crowd-funded through post-production), provide valuable documentation because of the media’s misrepresentation of riot grrrl.

Negative coverage calling riot grrrls “she-devils out of Rush Limbaugh’s nightmare” (which frankly sounds like a positive endorsement) is contextualised by interviews with feminist cultural historians Sara Marcus, Ann Powers and Jennifer Baumgardner, who gives a punky three minute guide to the three waves of US feminism. The film constructs a continuum of a vibrant, self-sustaining counter culture that has no need of the mainstream. 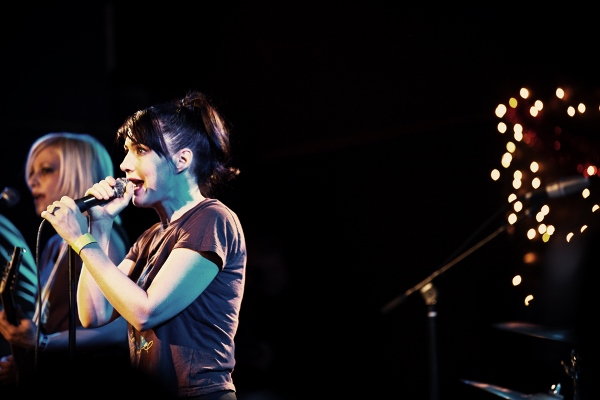 5. If you want to be heard, you need an audience.

Hanna says of her post-Bikini Kill solo project The Julie Ruin: “it sounds like something a girl would make in her bedroom.” She elaborates that girls making art need to be connected to one another, so that they aren’t throwing their work away. The film describes a shift in how Hanna has built that community, from Bikini Kill “singing to the elusive, asshole male and letting other women watch her do it” as their champion, to The Julie Ruin and Le Tigre singing directly to women.

“All the girls to the front!” was Bikini Kill’s challenge to the violence of hardcore/punk gig culture – or rather who it was aimed at and how it was deployed. Hanna describes her voice as a “bullet”, and one early fan says of her performance: “she was screaming at the top of her lungs. There were veins sticking out of her neck.” Hanna’s brilliance was to find a visceral mode of pop performance, neither seduction nor oppressive aggression, that could still inspire the audience to action.

Bikini Kill sang, “As a woman I was taught to be hungry,” and part of Hanna’s genius was showing us how to transform that message of anorexia into one of artistic and activist ambitions. Across her projects, her music had never shied away from the embodied consequences of patriarchy, always presenting a way to both articulate and address them. As bandmate Johanna Fateman said, Le Tigre made “politically radical content that you could dance to.”

So it’s all the more shocking when this joyful performance crashes to a halt with Hanna losing her voice. Eventually diagnosed with late-stage Lyme disease, Hanna frames the film as part of her activism against the medical-industrial complex. Anderson’s detective story reveals that Hanna’s feminist work has always been about thinking – and living – through trauma of all kinds. As she sang in ‘Rebel Girl’: “That girl holds her head up so high / I think I want to be her best friend, yeah!”

Twenty years on, Hanna is still the queen of our world.

From 13 May, you can catch the film in selected UK cinemas. For an updated list of screenings, go to Dogwoof website.