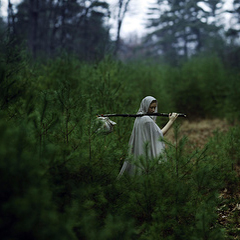 Handing on the baton

Regular readers will recall Jess writing last year to tell us about her resignation as Editor and the introduction of the new rotating Editor role to take the place of a longer-term Editor.

I was honoured to become TFW’s first rotating Editor last May and it’s been a great experience. I know I couldn’t have done it without the support of the TFW collective, the Section Editors and regular bloggers and I’m grateful to them all for being there throughout.

But now a year has passed and it’s time for me to hand on the baton to Megan who, as of now, will be carrying out the functions of rotating Editor in addition to her regular role as our Theatre and Arts Editor. I know she has the full support of us all at TFW and I’m sure you’ll all join with me in wishing her every success as TFW’s new rotating Editor.

Coda: I’d like to sign off by sharing a piece of music which I have on almost permanent loop at the moment. It’s called, appropriately enough, ‘New Beginnings’ and it’s by Samantha Archer from her 2014 EP, A New Beginning:

Image attribution: The image at the head of this post is called bindle. It was found at zev’s Flickr photostream and is used under the terms of the Creative Commons Attribution-NonCommercial-ShareAlike 2.0 Generic license. It was cropped and resized by Helen.

Image description: A photo of a young woman wearing a grey, hooded cloak and carrying a cloth bindle (bundle) on a stick over her shoulder. She is walking into the distance of a wooded landscape but has partially turned back towards the camera so that her face is visible in profile.