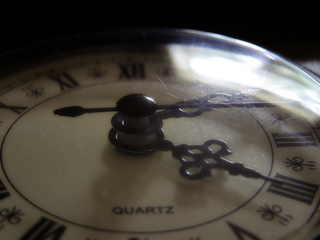 Television presenter Kirstie Allsopp courted controversy yesterday in a Telegraph interview entitled, ‘I don’t want the next generation of women to suffer the same heartache’:

“I don’t have a girl, but if I did I’d be saying ‘Darling, do you know what? Don’t go to university. Start work straight after school, stay at home, save up your deposit – I’ll help you, let’s get you into a flat. And then we can find you a nice boyfriend and you can have a baby by the time you’re 27.”

The reason it’s worth talking about the celebrity feminist’s misguided advice is twofold. For one thing, it adds to the pressure on young women to make certain choices with their lives; a pressure heaped upon their shoulders from newspapers, magazines and often their own families, and one partly founded on bad science (fertility does not “fall off a cliff at 35”, making Allsop’s two pregnancies in her late thirties a particularly underwhelming “miracle”). But most of all, it perpetuates a dangerous but persistent myth about women and choice.

Feminism hopes to maximise the choices we have, but even in an egalitarian utopia, nobody would get to do whatever they want. In twenty-first century Britain, women’s choices are particularly limited.

Contrary to Allsopp’s assumptions, we’re only just edging up to a point where 50% of women go to university – most of her generation certainly didn’t. If you’re 18 in 2014 and you don’t go to university, your options for earning enough to save up a deposit – presuming you have wealthy, pleasant and accommodating parents who can afford to keep you at home – are very limited. This is especially the case for women, whose earning potential tends to benefit much more from a university degree. Only the most privileged people go to university because, as Allsopp says, “it’s an experience”; historically, most people who went to university did so in the hope of getting a more fulfilling and better-paid job. Today, with almost a million unemployed 18-24 year olds, many young people feel the need to get a degree in the hope of getting any job at all.

Yet the myth goes that a good responsible woman who considers her financial situation, her fertility and the welfare of her future children will be rewarded with an ideal partner (usually a fertile man) who will show up both single and eager to settle down, at the right moment, equipped with a similar life plan and a skip full of used notes so our good woman can choose whether to be a career woman or a stay-at-home Mum. In a world which still equates women’s fulfillment with romance, it’s a startlingly unromantic myth; identifying a suitable life partner according to a list of tick-boxes rather than the missing beat of a heart. It’s also massively destructive; young women have several generations behind them who can report on the poor wisdom of making choices around marriage, family and children according to social convention, particularly when combined with youth.

Meanwhile, although it’s commonly reported that women are waiting too long to have children (often backed up by the fact that many women aren’t having children at all, rather than any evidence that we’re not having the children we want), there’s no shortage of judgment for women who have children younger. Younger parents are typically poorer people who made the rational calculation that circumstances were unlikely to improve, so they might as well get on; young mothers (who apparently act alone in these matters) are then often dismissed as irresponsible or as breeders. Folk with greater opportunities often calculate that waiting just a few more years would greatly improve the life they can give their kids – the women, always the women, are then seen as selfish or overly materialistic.

Women are assumed to have greater freedom than could ever be possible, but then face judgement whatever we do.

However, in all this, Allsopp makes a valid point:

“At the moment, women have 15 years to go to university, get their career on track, try and buy a home and have a baby. That is a hell of a lot to ask someone. As a passionate feminist, I feel we have not been honest enough with women about this issue.”

She may be wrong about the time frame, but it is certainly the case that social expectations haven’t shifted since the housing boom which rendered home-ownership in one’s twenties or thirties the preserve of the lucky and the rich. The absence of a mortgage never stopped anyone reproducing, but now, in some parts of the country, it is difficult for even average earners to rent sanitary accommodation with room for a child.

So there is a generation of young people whose reproductive choices will be effected by the economic priorities of their parents’ generation – especially those whose wealth is founded on treating buildings, not as places to live, but as sources of massive unearned income. That is a heartache I’d like the next generation to avoid.

[The image is an old-fashioned clock face with fancy hands at around ten past four by D H Kelly, used with permission.]