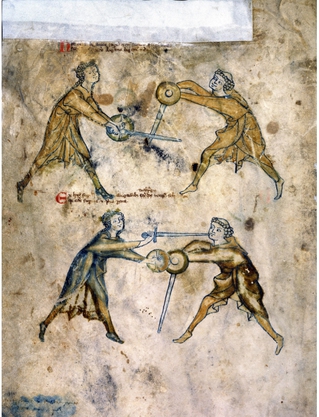 On Self-Defence as Rape Prevention

Last week, Miss USA and taekwondo black belt, Nia Sanchez caused a minor furore when she responded to an interview question about terrible US campus rape stats with the naive suggestion that women should learn to defend themselves. Yesterday, UK feminist Caroline Criado-Perez defended Sanchez’s remarks in a New Statesman article entitled “Suggesting women learn self-defence is the opposite of victim-blaming” where she advocates that learning self-defence may be “a solution” until such time as men stop committing rape.

Teaching people self-defence is a wholly positive thing, but as blogger and kick-boxing black belt Milena Popova says in her excellent response to Criado-Perez,

“What’s hard about self defence is practising it to the point where it’s muscle memory – where you don’t think about it, you just react.”

So when we had an afternoon’s self-defence training at school, there was no way us girls were going to learn practical moves likely to get us out of any fix. We were instilled with three useful lessons, however: The first was to run and run and, if at all possible, run some more. The second was not to be squeamish or ladylike, to use our instructor’s word, in aiming to injure the eyes or the genitals of any attacker. The third was to employ whatever weapons came to hand. For many years, if I ever felt intimidated while out alone, I would take my keys from my pocket and slip the longest and sharpest between the fingers of my right fist.

This stuff was useful because it made us feel a little safer, a little stronger, and a little more capable – not because it gave us the skills we needed to fight back. Given that we had to go out into the world, walk the streets, use public transport and mix with people whose intentions we could not guess, some faith in our own ability could do us little harm. As Susan Walters, an American woman who killed the hitman sent by her ex-husband, told fellow victims of domestic violence,

“If you feel like, ‘Wow I don’t feel like I can do that.’ You can. You’re stronger than you know.”

Most people would not survive a hammer attack, but optimism nudges the odds up from non-existent; having been hired for $50,000, the hitman’s final words were “You’re strong!”

However, fighting back is a complicated issue. Criado-Perez argues

Unfortunately, our society’s attitude towards rape is far more contradictory than this. Society does indeed say that women should be nice, polite, let unwanted suitors down as gently as possible – it sometimes disapproves of physically strong women – but should we face anything that crosses the line from flattering attention, women are expected to shout “No!”, scream like a banshee, fight like an Amazon then calmly take ourselves to the nearest police station. Because the next question society asks after “What were you wearing?” is generally, “Why didn’t you fight back?”

And while ladylike inhibition may get in our way, victims often don’t fight back because it is genuinely wiser not to. Survivors of sexual violence may wish they acted differently, but that doesn’t mean that – short of being somewhere else entirely that day – the outcome would have been any better; it could have been worse. Survival sometimes depends on strategies other than fighting back. With the Global Summit To End Sexual Violence In Conflict going on this week, we should be more than normally aware of the stigma many women face for simply surviving their rapes.

One common theme of rape-prevention advice given to women, whether nonsense about clothing or hairstyles or less ridiculous advice about alcohol consumption, is that Don’t get raped! really amounts to Let some other woman get raped. I’m afraid the advice that we learn self-defence to prevent rape also falls into this category. I don’t put my keys in my fist any more because I need my right hand to operate my powerchair, which sprints away at around four miles an hour (on the upside, I am ideally placed for injuring genitals).

Advocating self-defence is no insult to me; I support it whole-heartedly and for everyone who can do it (though less vulnerable to rape, young men are more vulnerable to other kinds of violence). I believe there are lots of things we can all do to help prevent rape and other violence. But self-defence is no solution to rape for me, or many others, not in any circumstances. And, given the domestic nature of most rapes and the extremely violent nature of some, it is no solution for most of the one in five British women who experience rape at some point in their lifetime.

[Image shows a medieval illustration of a crowned woman fighting a man, possibly a priest, with a sword and buckler. This image is in the public domain because the copyright has expired. It is a faithful reproduction of the final page of Royal Armouries Ms. 133, the earliest surviving European combat manual]