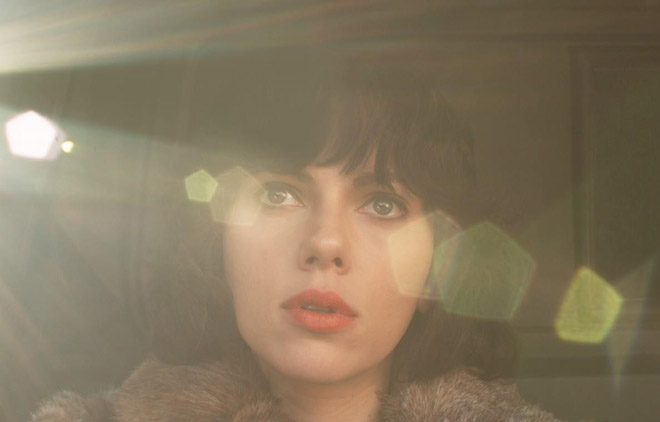 The film is famed commercial director Jonathan Glazer‘s third and in true auteur style he knits together sci-fi, urban grittiness and lush, natural aesthetics. Throw in the haunting score and you have the definition of arthouse: more of an ‘experience’ film than the escapism of a goal-driven storyline. Johansson plays an unnamed alien who travels around Glasgow, luring men to their deaths via absorption in a strange, viscous liquid. Although she works alone, another alien (in the body of a male motorcyclist) appears to be her minder, checking in on her and clearing up after her when necessary. It’s not obvious why they are harvesting the men of Scotland, but it’s clearly an important task.

After a delightfully symbolic opening scene, Glazer doesn’t make the audience wait long for what many were undoubtedly there to see. As we watch Johansson’s naked character take the clothes from a twenty-something dead woman–skinny jeans, heels, silky chemise–we see her step seamlessly from alien-in-human-form to sexually available woman, a message that Glazer’s lingering shots of Johansson’s lipsticked mouth never let us forget.

Unattached men make her life easier, both before and after their deaths

Yet this is not a tale of a coy siren’s manipulation. Johansson is Glasgow’s woman-with-a-van, driving around town on the prowl for men. The camera follows her gaze to easy targets: men walking alone on empty streets or falling out of pubs drunk in the early hours of the morning (you know, the kind of behaviour women are told to avoid in case they incite sexual assault).

But let’s be clear: Johansson’s character is not motivated by desire. Nor is she some kind of social vigilante. She is simply an “it” in human form, conducting her hunt as if she were packing her umpteenth box on a production line. Her chat-up lines are uninspired (“I like your smile”) and in situations wherein most people would feel boredom or frustration, she shows no emotion. In perhaps the only comedic scene of the film, we realize that despite her stripteases and flirtations, Johansson’s character doesn’t really understand what sex is. 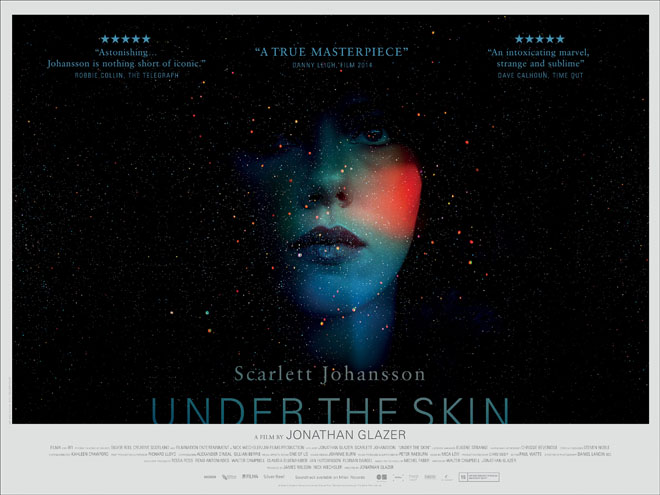 What’s more, she is indiscriminate as to the type of man she picks up. Old, young or shy, these men aren’t lecherous by any stretch. They are typically salt-of-the-earth types, reluctant to chat at first but ultimately flattered by the interest of such an attractive woman. We soon realise that Johansson is hunting a certain type of man: one who lives alone, has no partner or dependents and whose absence is unlikely to be noticed for some time. For her, this is just a job. Unattached men make her life easier, both before and after their deaths.

As the film progresses we see that the longer Johansson’s character is on Earth, the more she experiences kindness, often in the form of chivalry. This confuses her and introduces a wave of complications into her part-human, part-alien existence. Gradually, her confusion gives way to vulnerability and we see her spending more time in natural surroundings. Suddenly the male gaze, to which she had previously been oblivious, is a threat. Early on in the film, when she was more ‘alien’ than human, she felt no emotion. When thugs tried to intimidate her, she barely noticed and simply drove away. Later in the film, when she is perhaps more ‘human’ than alien, her fear upon becoming prey is visceral and she tries to flee deeper into nature. Unfortunately, her attacker returns just as she is starting to understand the full complexity of what it means to be human. 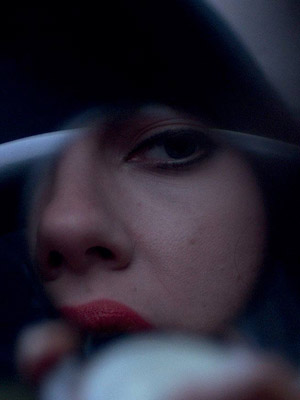 No matter how tempting it is to sum up Glazer’s film in an easy-to-swallow message, viewers have to resist finding themselves, like one of Johansson’s victims, drowning in sensory over-stimulation as they try to make meaning of it all. Does Under the Skin criticise our performance of female sexuality and denial of ‘raw’ sexuality? There are few better symbols for this purpose than a character who is neither male nor female but simply an “it”, exploiting cultural signifiers of lipstick, heels and lingerie in order to meet its own needs. The people of Glasgow of course accept it as female… until it can no longer keep up the performance.By the time we reach the end of the film, Johansson’s alien has slid from being an almost invincible hunter to a weak, withdrawn and exposed almost-human. Is this intended to suggest that women are innately vulnerable and therefore destined to be victims? Perhaps. But maybe temporary vulnerability is the expected outcome of throwing off cultural expectations and discovering your own identity. In seeing Johansson learn the definition of “good” and “bad”, and “male” and “female”, from nothing but social interaction, we recognise that our concepts of these terms are based on shifting sands and we, too, are constructing meaning with every interaction.

Whatever Glazer’s intent, Under the Skin proves to be a deliciously provocative film that sparks fundamental questions about the gender we identify with, the steps we take to establish that identity and the cues we send to others about how we want to be treated.