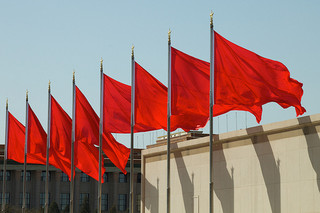 When I was online dating for sex I was fortunate enough to meet many interesting, funny, kind young (and not-so-young) men who wanted to orgasm in, on or around me. These traits were not always combined in the same human, but I considered one out of the three to be a decent success rate in the anonymous promiscuity lottery.

So how did I make sure I chose men like this and didn’t go home with a rapist?

It’s a trick question, because I obviously didn’t. None of those men raped me, but I don’t know their sexual histories or futures, and I certainly didn’t know when I met them at stations and got into their cars or followed them into their homes or workplaces before they shut the door behind me that they definitely wouldn’t rape me. I was lucky, but I don’t like to say that because it implies that ‘not being raped’ is a state of great fortune when it should be the bare minimum expectation for encounters with fellow humans.

I will say that arranging to meet and sleep with strangers, especially when you have a rule that they arrange the venue so as to never find out where you live, is not an activity with any guarantees of safety. I accepted the risk and did my best to minimise it. For me, that worked. I was not assaulted. If it didn’t work for someone else that is NOT under ANY circumstances or to ANY degree their fault.

What little vetting I did (and I didn’t always) was based around principles of respect. I had a one-strike policy for any sign of disrespect, which tended to fall into three red flag categories:

HIM: Hey, you should come over tonight.

ME: I’m sorry, I have plans. Are you free tomorrow instead?

HIM: No. Come tonight.

This is obviously the big one – if a guy doesn’t respect the boundaries you set before you’ve even met him how can you trust him to respect your boundaries in person?

Some still called. Of course they did. Even when I told them I was taking a break from online dating and needed to be left alone for a while the power of the boner was so strong it apparently overruled any wishes I had expressed. When I reactivated my profile these guys were told that they had blown their chances and I would not be meeting with them. They didn’t understand the connection between the limits I placed in one activity as being relevant to another activity. This is male privilege: they can afford not to.

ME: So shall I bring condoms or do you have a preferred brand?

HIM: Oh… Do we really need them, do you think? Aren’t you on the pill?

ME: Why, does the pill protect me from chlamydia now?

ME: …The very fact that you’ve just tried to dodge using barrier protection puts that statement into serious question.

Someday I will discuss the other end of this spectrum, where he would gingerly ask me if I’d had my filthy whore body tested for dirty diseases that might taint the purity of his peen. I did not appreciate that approach either, for reasons that deserve their own entry, but at least such guys were actually aware that having sex is a health risk in itself and wanted to avoid that risk if possible. (SPOILERS: It’s not.) I have a lot more patience for that attitude than “Yeah, yeah, potential blistering sores, BUT IT CHAFES.”

Most frequent excuse, I’m sure you’ll be unsurprised to hear: “I’m just too BIG for normal condoms, they’re really uncomfortable…”

This red flag category can probably be summed up as ‘gut feeling’, because most guys aren’t out and out misogynists. Most guys are perfectly decent human beings who have never had the need to educate themselves on what classifies or should classify as unacceptable behaviour towards women. So this is a bit hard to pin down beyond “He said something that made me uncomfortable,” but again, this approach worked in my favour.

The guy who started mansplaining to me about how I was a feminist because I just didn’t understand society? Out.

The guy who proudly told me he was particularly good at manipulating secretaries to get access to their boss’s contact details? Out.

The guy who would use the terms “crazy” or “bitch” with regard to an ex or previous date? Out.

It took me time to figure out what I consider to be dealbreaker-level red flags, but once I did I became hyper-aware of them and formed minimal-tolerance policies in response.

After realising how important these values were to me I began putting those personal policies into my profile as dealbreaker rules. By the end of my time there, my profile was deliberately designed to be somewhat off-putting. After all, better to let the worst ones take themselves out of my potential dating pool than to waste time vetting them myself only to come to the same conclusion! (A tip you probably already know: including the statement “I am a feminist” in your profile works as an excellent litmus test in that regard.)

Did I also put off some decent guys who just thought I was being too harsh? Almost definitely. But there were also plenty of men who would read my profile and think, “Yeah, fair enough. I bet these rules come from bad experiences she’s had.”

I am not obliged to offer my time and energy to someone who thinks that a fundamental expectation of respect is in any way unreasonable or unfair. None of us is. If you’re dating via any format and for any purpose, figure out what your own red flags are and don’t be afraid to follow them strictly or make them known. This isn’t guaranteed to protect you from rape, but it should reduce the number of unpleasant interactions you have with people who aren’t worth your time.

[Image is of a row of red flags flying above nondescript buildings. Photo by tuchodi, shared on Flickr under a Creative Commons licence.]