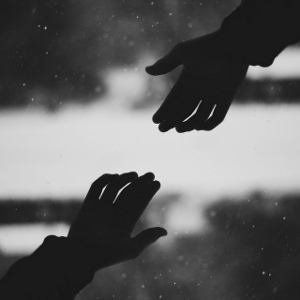 So many times as an activist I have run into the conflict between pragmatism and idealism. One of the more useful people on the doomed Yes to Fairer Votes campaign for instance was Nigel Farage – a man whom otherwise I find thoroughly despicable. Another example is my work on QUILTBAG+ issues in the workplace. It’s easy, when confronted with a corporate environment, to tackle the “low-hanging fruit” of lesbian and gay issues first and save what a friend of mine calls “the gold-plated conversation” for a “later” that somehow never comes.

I’ve been guilty of this myself. Last year I very nearly stood up in front of an LGB conference to talk about bisexual issues and played the respectability card of “Well, I am the good monogamous kind of bisexual.” I was saved from myself at the last minute by another friend.

The urge to simplify issues, as well as to present ourselves in the “best” possible light to the powers that be, is understandable. If said powers can see that we (no matter who that “we” is in any particular context) are not that different, that we too are human and that our issues are reasonably straight-forward and easily solved without a lot of effort on their part, some success can be achieved.

The problem with this approach is that the line between pragmatism (focusing on finding quick and practical solutions to specific issues) and respectability politics (making ourselves look “respectable” in the eyes of those with power, often by disavowing the more marginalised members of our own community) is in places very thin indeed. I have learned over the years that pragmatism which isn’t built on a solid foundation of principles and ideals generally yields the wrong solutions and that there is a fine art to practising pragmatism without engaging in respectability politics.

The second(!) step is to err on the side of inclusion rather than exclusion. Not sure if a particular group should be part of your community? Invite them in, open the dialogue and work it out together. One of the tricks I learned from the above conference incident is how to use language to open up spaces even when trying to present a united front to those in power. If your language firmly presents the “respectable” side of your community only, then chances are you are throwing people under the bus and the oppressors will rightly conclude that they have divided and conquered you. If your language, however subtly, leaves an open space for the diversity within your community, then your community will be stronger and you will open minds.

Another step is to realise that while pragmatism demands a certain amount of focus on particular issues, it can never be a question of either/or. When we campaign for better representation of women in leadership positions, we cannot stop campaigning for equal pay and better conditions for the millions of women in low-paid jobs. When we campaign against and provide services for those experiencing domestic abuse or sexual violence, we cannot ignore the simple facts that trans women of colour are by far at the greatest risk of such violence, or that in some cases the perpetrators of domestic abuse are women too. When we campaign against trafficking and sexual exploitation, we cannot deny the agency and jeopardise the safety of sex workers who are in the industry voluntarily.

And the very first step when trying to practise pragmatism without the respectability politics? Simple: be an idealist. Take the time to work out what your ideals and principles are, what you are trying to achieve, why and for whom. Talk them through with others in and outside your group, take feedback, listen, rework them if necessary; and when you’re happy, write them down and put them up for everyone to see. That way, whenever you have to make a pragmatic choice, you can look at your principles and ideals and ask one simple question: Given those, what is the right thing to do? Once you know that, you’ll work out how to do it.

Not doing harm to parts of our community is never a gold-plated conversation. Sometimes we need to make pragmatic choices, to simplify in order to engage, but there is always a way to do that without throwing people under the bus. Our diversity is not a weakness that we must eradicate in order or present a united front – it is a strength that we must build on in everything we do.

The photo is by JerodW and is used under a Creative Commons Licence. It shows two silhouetted hands reaching for each other.