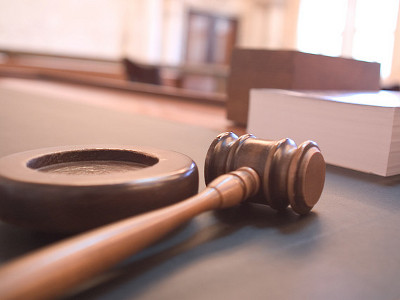 [This article and most links within it come with a TW for discussion of sexual assault.]

It’s been an interesting couple of weeks for sexual assault and the law. Last week Radio 4 ran an edition of the Moral Maze titled “Should the accused as well as the victim be given anonymity in the trial of sex crimes?” Panellists fell over themselves to explain how the legal system was tilted in favour of alleged victims of sexual assault, how the accused’s reputation was in tatters forever even if they were acquitted. (As I have written elsewhere, there are good statistical reasons for that.) This week has of course seen the conviction and sentencing of Rolf Harris on 12 counts of indecent assault. And there it is again, that phrase, “Your reputation lies in ruins”, this time uttered by the judge himself.

I find this persistent focus on the reputation of the perpetrator or accused somewhat disturbing. Looking at other high-profile cases of sexual assault – anyone from Roman Polanski to Julian Assange – it is clear that we as a society have trouble believing that a single individual is capable of both good and evil. It is this inability that makes Whoopi Goldberg tell us Polanski isn’t guilty of “rape-rape”; that allows a French culture minister to tell us how wonderful a man Polanski is as if that somehow erases a crime he has pleaded guilty to; that gets me rape threats when I write about the Assange case; that allows the judge to consider “friends who speak well of him” as a mitigating factor in the sentencing of Rolf Harris.

It’s comforting: the thought that people are either entirely good or entirely evil; that if someone has achieved something great, they surely cannot also have committed something as vile as sexual assault; that if someone is convicted – or even so much as accused of rape or sexual assault – somehow any good they may have done in their life is erased. It makes us feel safe in the knowledge that if we ourselves have done good things we cannot possibly have done bad things or be bad people. Labelling someone as “evil” is shorthand for “not like us” – it creates a cognitive barrier between violent, abusive acts and ourselves. The problem is, of course, that this kind of comfort is not only false but dangerous.

By not allowing for the complexity that affects all of human experience we rob ourselves of the ability to critically examine our own actions and those of the people we love or admire. We let our friends get away with rape jokes and are surprised when others tell us they are creeps. We slip into abusive patterns in our own relationships, safe in the knowledge that we cannot possibly be “an abuser”. We let ourselves believe that “He is a great filmmaker” is the opposite of “He is a rapist”. Sexual assault is not some kind of identity politics.

It is time for us a society to move beyond this focus on reputation. It is time for us to admit that “He’s a good bloke, guv” is not in fact a valid defense in a sexual assault or rape trial. And it is time for us to revise our mental image of what “a sex offender” looks like: they’re the entertainer you remember fondly from your childhood; the politician you voted for; the revolutionary you admire; but they’re also the bloke next door, and sometimes our friend. Only by acknowledging that can we move towards a justice system that looks at the facts of the case – at whether consent was present or not – rather than the accused’s lifetime achievements and the victim’s sexual history and dress.

The photo is by Joe Gratz and is shared under a Creative Commons Licence. It shows a wooden gavel on a table, with a thick book out of focus beyond it.