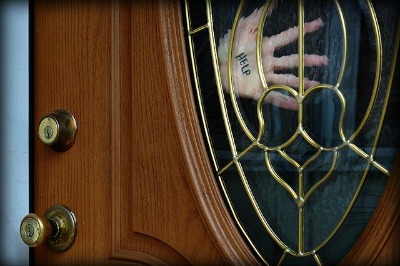 Resolution or prosecution: why we are still getting domestic violence so wrong

This morning I heard a news item on Radio 4. It featured a studio discussion/debate around the increase in community resolution as a way of resolving domestic abuse situations rather than prosecution. In typical ‘Today’ programme fashion, it was set up as a head to head with Yvette Cooper speaking against and a police officer speaking for the resolution method. After driving several hours over the weekend my head was hardly in a state to focus clearly but the subject of domestic abuse/violence and the way perpetrators of this sickening crime are treated, is a subject close to my heart.

The police officer in question was trying to play down the use of resolution. He said this was only used in a tiny percentage of cases e.g. to deal with Facebook/Twitter abuse or similar or if someone had got angry and broken the mirror off a car. Interesting examples I thought to myself. Isn’t he aware that if someone gets so angry they commit an act of violence against a car then surely this is a sign that they have serious aggression issues? Domestic abuse often, although not always, begins as a small moment. A chance comment or remark, an over reaction, a slamming of a door or banging of a fist. If this is then normalised then it tends to escalate and fast. Crimes are often not reported until the situation has got to crisis point and bodily harm resulting from assault is reported. And as for internet abuse via email or social media – well an experience like this can be terrifying. The men who perpetrate this kind of abuse can be just as intimidating as someone who carries out physical abuse. We live so much of our lives online that knowing someone can post images or abusive words about you without your knowledge is a massive intrusion into a person’s life. And the effects literally last for years – if not a lifetime. They can hardly be sorted out over a cup of tea and an apology.

I am no legal expert but when I hear about crimes against a women I think that really we need either a complete overhaul of our current legal system or indeed a legal framework that deals entirely with female related crime – whether that be domestic abuse, rape or any other form of criminal activity carried out against a woman or women. Surely that would be much fairer than to try and adapt the current legal constitution to deal with crimes that demand a very specific approach. In fact, we need a whole new language and set of laws to even begin to offer a fair and decent solution. The way the media report these attacks also needs to be overhauled. Semantics can make all the difference to the way a crime is reported in a newspaper. I propose banning the use of the word ‘victim’ for starters. Yes the definition is correct when applied to the experience of the crime but the after effects of this term can be incredibly damaging.

But what of the current situation and Ms Cooper’s speech? If you only needed one reason to vote for a new government then start with this. Resolution can never work in a domestic abuse situation. The very idea is laughable. The men who carry out these crimes are at the very least damaged individuals often with other abuse issues going on and at the very worst, violent criminals*. How on earth can the police expect men like this to sort out an abusive situation amicably? In my experience, men who carry out abuse can be incredibly devious and manipulative. They will say or do anything to appear to be making the peace. Things may go quiet briefly but then they will hit out again. Often much harder than on the previous occasion. These men are sick and yes they may need help but the last option they should be given is a resolution option.

Domestic violence will never be eradicated until the sentences are far tougher and the women who report the crimes are able to do so in the full knowledge that they will receive the support and protection they need. The mental and psychological damage sustained during a relationship that features domestic violence cannot be quantified. It is an unimaginable living hell and the most frightening point for the woman can be when she has no choice but to report it. Because, if an afterwards becomes available then this is when men can turn into killers. Listen to Yvette. Listen to women. Because there can be no more needless deaths in the name of the legal systems ignorance and inability to tackle these crimes – every one with the seriousness they deserve.

*ETA: Thank you to the commenters who pointed out that mental illness is not the main cause for domestic abuse. I try hard to avoid using disablist language, but failed to spot this when proof reading this post as Isadora’s blogging buddy. I will work on my editing skills and appreciate those who point out when I get it wrong. (Shiha Kaur)

Picture shows part of a brown wooden front door. Pressed against the window of the door is a hand with the wrd “help” written on it in black ink. Photo taken by Flikr user Jaybird, used under a Creative Comons Licence.