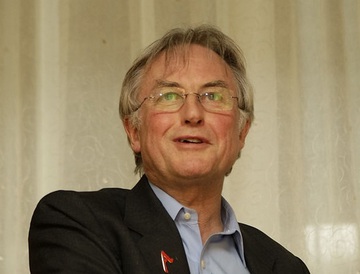 Richard Dawkins and the logic of “date rape”

When Richard Dawkins used rape in an explanation of logical principles, he forgot to use accurate premises. D H Kelly warns against false assumptions about the nature of "date rape"

Biologist Richard Dawkins took to Twitter on Tuesday morning to explore syllogisms. A syllogism is a logical argument which draws from two or more related premises to reach a conclusion. So a nice example from Dawkins’ field of expertise would be:

Of course, people don’t always get these arguments right. When Charles Darwin published The Origin of Species, his thesis was caricatured as suggesting that human beings were no more morally sophisticated than other primates. In logic, this is called a fallacy of the undistributed middle. Something Dawkins might have explained in a tweet as,

Instead, he tweeted something that is actually untrue:

“Date rape is bad. Stranger rape at knifepoint is worse. If you think that’s an endorsement of date rape, go away and learn how to think.”

This doesn’t have a fancy name in logic because it simply involves a false premise: Stranger rape at knifepoint is worse. It is true that it’s not an endorsement of “date rape”; it’s just a silly and deeply callous thing to say.

Of course, some rapes are more traumatic than others. However, what makes a rape very bad or even worse could include a thousand different factors. It is possible for judges to take some of these factors into account when sentencing convicted rapists; factors which demonstrate greater levels of violence or a very vulnerable victim, for example. Yet none of these factors include whether or not the victim happened to be on a date with their rapist.

A “date rape” may involve weapons, threats of murder and mutilation, extreme accompanying violence, repeated rapes and multiple rapists. Being raped by someone you know and trust is not necessarily better than being raped by a stranger.

Last week, Pavan Amara wrote a moving blog post about her friend who had been raped by a boyfriend. Amara, herself a victim of a knifepoint attack, was full of sympathy for her friend.

“Physically, maybe I had it worse. Mentally, I think she did. That’s just my opinion. Bella struggled, in her head, in a way I didn’t have to.”

It is just an opinion. It is an entirely subjective matter. If we were sentencing the two men, physical injury and the use of a weapon has to be taken into account because they represent tangible harm and a greater risk to life – on this basis, we might consider one rape worse than another. But that isn’t the only way of seeing it. We might go on to ask about victims who were drugged and have no recall of their rapes – could that be easier to live with or even worse?

This would be a bit like the scene in Life of Brian where old Mathias argues that crucifixion is “a doddle” next to stabbing, as it at least gets you out in the open air. Only these are things that many of us have lived through and these comparisons are relatively commonplace.

In 2011, our then justice secretary Kenneth Clarke attempted to differentiate between “date rape” and “a serious rape where, you know, violence and an unwilling woman”.

These men are highly intelligent and, I hope, quite capable of imagining different factors that could make rape a more or less appalling experience if it happened to them. Dawkins himself was a victim of sexual abuse as a child. On his blog in 2013, he wrote;

“It was a very unpleasant and embarrassing experience, but the mental trauma was soon exorcised by comparing notes with my contemporaries who had suffered it previously at the hands of the same master.”

So there’s an example of a factor that can (sometimes) lessen the long-term harm caused by sexual abuse; being able to talk about it, particularly with other people who have gone through very similar experiences. In A Woman In Berlin, the anonymous author describes the women of 1945 Soviet-occupied Berlin taking comfort and solace from discussing, sometimes even joking about, their experience of rape – often gang rapes, carried out by armed strangers belonging to an occupying military force. This doesn’t mean these crimes weren’t as bad. It demonstrates the complexity of intimate violence and trauma.

But I’m not sure Dawkins, Clarke and others are thinking in this way. Whenever I see the idea that “date rape” or sometimes, rape within a long-term relationship, is a milder offence than rape in other situations, I suspect that this is more about the very old patriarchal idea that men who rape women in these circumstances are raping their own women. They’re doing harm, but they’re only harming something that they already have some claim over.

Even very intelligent men can fall into the trap of forgetting that women are people and women’s experiences are the experiences of people. In Barack Obama’s 2013 State of the Union Address, the president said,

“We know our economy is stronger when our wives, mothers, and daughters can live their lives free from discrimination in the workplace, and free from the fear of domestic violence.”

Our wives, mothers and daughters. Not you or I.

Although men experience rape, those who so blithely compare “date rape” and “stranger rape” cannot possibly be imagining themselves as the victims; Dawkins’ predominantly male defenders are not discussing whether they would rather wake up baffled and bleeding in the bed of their best friend or be jumped by a stranger in a car park (and if you put it to them like that, they’d probably argue that they don’t have friends like that and they can hold their own in a fight).

They are not thinking about the fact that a rapist is, necessarily, someone who is prepared to violate another person’s body in an outrageous manner, and cannot be presumed to behave less outrageously whether they choose to rape their friends, dates and partners or whether they chose to rape strangers.

[The image features Richard Dawkins, a smiling middle-aged white man with white hair and spectacles. The photograph was taken by Michael Cornwell and is available on Wikipedia.]