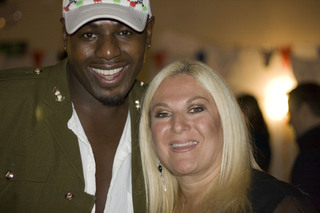 Since Vanessa Feltz spoke of Rolf Harris putting his hand up her dress during an interview, she has been subject to a torrent of abuse, including the idea that she is seeking attention. D H Kelly explores this common accusation towards victims of sexual assault

Since Vanessa Feltz spoke out about being molested by Rolf Harris, the presenter and columnist has faced a barrage of abuse on social media and in news comments sections. The Daily Express article states that the metropolitan police had seen footage of Feltz’s interview with Harris for The Big Breakfast and confirmed her story.

Louise Pennington @LeStewpot has created a Storify of some of the abuse on Twitter; click through with extreme caution.

The vitriol has three major themes:

I want to concentrate on this third suggestion, because the first is abhorrent and the second is plainly naïve. Given that Harris has been convicted of assaulting a child of seven or eight, one worries about any person who thinks he could only victimise people they would personally find attractive. Meanwhile, given that Feltz has received such abuse just days after it was proven that Harris was a habitual sexual assailant, one wonders at what point she could have come forward to a more sympathetic response. Had she spoken out at the time, the allegation would be painted as laughable against such a national treasure and she would have looked ridiculous with it.

Given the possibility that Harris may face further charges, now is as good a time as any to encourage any more victims to come forward so that justice might be served.

However, the suggestion Feltz might have made this allegation for attention or money is quite a common one. Those sceptical about the truth or the full extent of Jimmy Savile’s crimes suggested that the hundreds of victims who came forward are wishing to climb on the bandwagon, to get attention and gain compensation.

Identifying yourself as a victim of sexual assault, or any intimate violence, has never improved anybody’s reputation. First, there are questions about whether you are telling the truth and if so, whether what happened can’t be mitigated in some way: Did you encourage it? Were you drunk? Did you fight back? Then there are questions about your motives for talking about it and how are you talking about it – do you seem traumatised without being hysterical? Why now? Then there are credibility questions around your own reputation versus that of your alleged assailant. After all, if he seems a decent chap and you’re not all that special to look at, then any amount of forensic evidence may be thrown into doubt.

Then finally, if you are lucky enough to be believed, you may not necessarily be treated as you might like. You may be seen as damaged, or at the very least more vulnerable, as having baggage. Others, especially lovers, may feel that you have to be treated with an extra special care that gets in the way of having normal, relaxed relationships. Many people who don’t report sexual assault express the desire to simply get on with their normal lives and try to forget about it. Even in the best circumstances, speaking out can mean disrupting normal life.

There are undoubtedly reasons why a person might make false allegations of sexual assault – TV writers seem to revel in such plots. But there is no pot of attention and sympathy at the end of this dark rainbow. There’s no money in false allegations – criminal compensation is a complex business but, if awarded at all, it certainly doesn’t arrive before a successful prosecution at the end of a long and arduous trial.

There’s no shortage of celebrity women (and a handful of men) who have been brave enough to talk openly about their experiences of sexual assault and rape, and there’s no example of anyone who has had their career furthered by it. There are times when it has caused little harm, particularly when it is seen to provide context to someone’s life work (such as with Maya Angelou or Oprah Winfrey). But there are also examples of famous women who have been harmed by speaking out – both Ulrika Johnson and Katie Price were savagely criticised by talking about their experiences of rape but refusing to name their assailants.

I have painted an extremely negative picture of the consequences of speaking out about sexual abuse, but these things are the potential costs – the reasons why nobody does this lightly. There are very good reasons for talking about our experiences. These abuses, whether serious or slight, can stay with us for a long time, and it can be a huge relief to share our experiences – simply putting them into words can be tremendously useful, regardless of the response. Then there’s the knowledge that other, often more vulnerable people have gone through similar and we may want to help them, to relieve some of their isolation. Finally, there’s the possibility of justice – not just for one’s own sake, but for other people who have suffered and could suffer in the future.

Nobody has an obligation to speak out, but when someone is strong enough and feels that their experience might, in some way, be helpful to others, then they should be applauded, not laughed at or dismissed as not fitting our idea of a perfect victim.

Feltz responded to the backlash against her, speaking to BBC News:

“You think if people react like that, you can see why people don’t come forward,” she said. “I’m 52 and I can handle myself so imagine if I was a seven-year-old child, or 12 or 17.”

[Image is a photograph of Vanessa Feltz with her partner Ben Ofoedu; a smiling couple consisting of a blonde white woman and a taller black man. Photo by Paul Bednall, shared on Flickr under a Creative Commons License.]