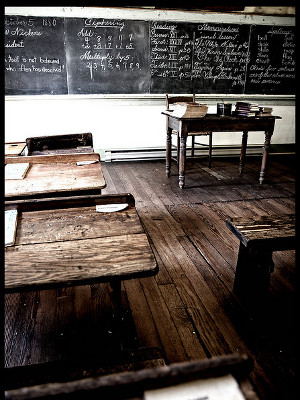 A generation that needs feminism

I’m nearly 16, I’ve just finished my GCSEs, I go to an all girls’ school and I am a feminist.

I say the last part of that sentence proudly, loudly and boldly – held up indeed by the somewhat comforting fact that the people reading this will understand what I’m saying and feel the same.

However, in everyday life the seemingly simple declaration “I am a feminist” is fraught with complications and misunderstanding. For a type of discrimination that affects every single person on this planet, regardless of any other factors such as race, religion and sexuality among other things, sexism is still a concept which many people regard as an insignificant problem. Of course, practically anyone would understand that it means discriminating on the grounds of sex, but comparatively few actually understand what this entails.

As someone who still attends school and will continue to do so for the next two years, I encounter this problem shockingly frequently. You might presume that in a girls’ school people would be hyper aware of such issues. But this is by no means the case in my experience.

Of course, there are people who perfectly appreciate the statement “I am a feminist” and who are in absolute support of this, but this is disturbingly not the majority among my generation.

There are a few other types of people one comes across in a large group of 15/16 year old girls, and boys as well (though my experience of the latter is considerably less).

I shall stop there with that list, though there are numerous other types of people I have encountered in discussions with people of school age. It seems to me that the issue lies in ignorance. The generation that is growing up to take the place of the world’s current leaders is not informed enough about sexism, misogyny or feminism, and this lies in the lack of education on it.

One day, I hope that when someone announces they are a feminist at school, they will instead be greeted by the unanimous response “Yes! I am too!” – completely understood, complications gone.

Unless something along the lines of education is done, however, this will be tremendously difficult to achieve.

The image is by Rob Shenk and is used under a creative commons licence. It shows an old-fashioned schoolroom with a wooden floor and wooden desks, shot from the perspective of somebody at a desk a few rows back. There is a blackboard on the wall covered in white chalk writing.