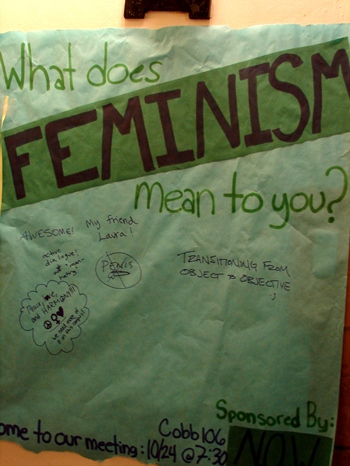 “I am a victim of nothing but my own bad choices”: Women Against Feminism and neoliberal individualism

The recent group Women Against Feminism is, Alison Phipps argues, yet another example of the neoliberal mantra of personal responsibility which promises achievement for women but has resulted in pushing them back into the kitchen

A group called ‘Women Against Feminism’ has recently been making the news. Now up to almost 20,000 likes on Facebook, the initial buzz was around its Tumblr where (mostly very young) women post photos of themselves holding messages about why they don’t want to be feminists. There are a variety of reasons, all of which seem to rest on bottom-line misunderstandings of what feminism is – predictably, not wanting to be seen as a man-hater is perhaps the most ubiquitous. But, almost as frequently, these young women cite “not being a victim” as the cause of their rejection of feminist politics. As one message reads: “I don’t need feminism because…I am an adult who is capable of taking responsibility for myself and my actions.”

Personal responsibility, of course, is the fundamental neoliberal mantra. No longer just yawped by right-wingers at those considered indigent and shiftless, it is now chanted with enthusiasm by the privileged, progressive and upwardly mobile. In 2013, during a graduation speech at Morehouse, a private, historically black liberal arts college in Atlanta, Barack Obama advised graduates and their families against using the bitter legacies of slavery and segregation as an excuse for not achieving their ambitions. That same year, fellow neoliberal icon Sheryl Sandberg notoriously told women to ‘lean in’ to their careers instead of holding themselves back with self-doubt. Taking responsibility for your life, the neoliberal myth goes, will help you realise your dreams – but what Women Against Feminism don’t realise is that for women especially this can become a curse.

Women’s legal and social safety nets are being whisked away, to be replaced by a quest for individual personal growth

First of all, as neoliberal states retreat, women’s responsibilities in particular have grown. Their ‘double burden’ has tripled as economies have expanded and social supports shrunk. It’s also become obvious that a world run on market principles cannot generate the transformation in gender roles which would be needed to lessen this load. Poorer mothers are increasingly staying at home, while their more affluent sisters employ other women to fulfil their domestic duties. Women perform the majority of unpaid caring, especially for sick or elderly relatives, with the greatest burden nationally falling on those aged 50-64. In the neoliberal context, women are taking up the slack as states cut loose. And they are doing it mostly on their own – their legal and social safety nets are being whisked away, to be replaced by a quest for individual personal growth in which those who fall by the wayside are left there, scorned and censured.

As members of privatising societies, women make their own luck through consumption. Neoliberalism, Wendy Brown argues, turns social problems into individual ones with market fixes: voucher systems as a response to the decline of public education; boutique and alternative medicine to compensate for crumbling health services; parental control software to mitigate the explosion of violence and sex onscreen. Women are often responsible for sourcing and implementing these consumption solutions on behalf of their families, since they shoulder a disproportionate amount of the household burden and control the vast majority of its spending. Mothers in particular are expected to protect their children from all imaginable physical and psychological risks through financial investments and prescribed bodily practices such as breastfeeding and intensive attachment parenting. This individualising of responsibility holds them personally to account when things go wrong, with issues such as obesity, behavioural problems or academic ‘underachievement’ put down to bad parenting (or most often, mothering) rather than poverty or structural disadvantage.

In a neoliberal society, working on oneself is the panacea for most ills: as a Women Against Feminism member writes, “I don’t need feminism because… I don’t need a helping hand to succeed.” The massive self-improvement industry around mothering meets others such as fashion, beauty, nutrition, alternative health and interior design, all of which mainly set their sights on women. The reality TV which fortifies them frequently juxtaposes the middle-class, white, ‘respectable’ femininity of its hosts against working class and/or minority ethnic participants who are defined as lacking and who are ’empowered’ through style, décor or other types of coaching. This is actually a form of symbolic violence. Women’s self-improvement spending also fuels gender essentialism – they are defined as innately frivolous and wasteful, epitomised in the phrase ‘born to shop’.

Much like its Fordist predecessor and despite its rhetoric of equality and diversity, neoliberal capitalism is highly gendered. Small states and big markets hustle women back to the domestic and confine them to socially undervalued ‘feminine’ pursuits. Personal responsibility, however, is neoliberalism’s masterstroke. If women are dissatisfied with their lot, they need to ‘lean in’ and look to themselves to change. This is manifest in self-help and ‘positive thinking’ culture, which both deprives women of political outlets for their dissatisfaction and reifies traditional gender roles, with book titles such as ‘Women Who Love Too Much’ and ‘He’s Just Not That Into You’ evoking heteronormative femininities while speaking the language of liberation. Self-help also teaches women that they are not victims; that they can transform themselves through adversity. “Smile, love, it might never happen” – and if it already has, you should stop blaming other people and use your bad fortune as an opportunity to grow. 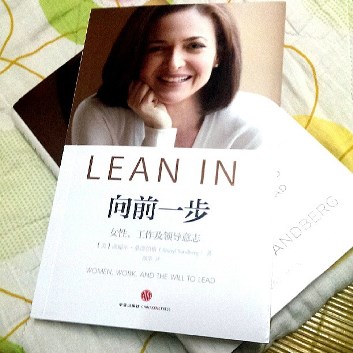 This conviction unites therapeutic professionals with pull-yourself-up-by-your-bootstraps right-wingers and Women Against Feminism. Women’s experiences of violence seem especially subject to its facile and individualistic logic. Many of the messages posted on Women Against Feminism draw on right-wing dismissals of feminism as a ‘victim’ philosophy through which feeble women wail on about male violence. Of course this is a caricature and, ironically enough, the neoliberal mentality of personal responsibility and renewal has even spread to some third-wave feminist initiatives such as Eve Ensler’s One Billion Rising, which invites women the world over to ‘rise above’ sexual violence through dance. The problem with this mindset is the way it refuses to acknowledge the structures and histories of gender (and in Ensler’s case, colonialism) that make it necessary for women’s personal experiences of violence to be politicised.

In an apolitical neoliberal culture, chanting the mantra of personal responsibility is exhausting for women. While their domestic duties mushroom, they are expected to incessantly improve themselves and think positive about their difficulties. And in a free-market society, they must have chosen their fate. As one member of Women Against Feminism writes, “I don’t need feminism because… the pay gap is women’s choice, not sexism”.

Evolutionary psychology, which takes us back to the cave with gender narratives less sophisticated than The Flintstones, is enjoying a renaissance

In the absence of analysis of the factors shaping women’s choices, gender essentialism sidles in to fill the space. Contemporary neuroscience incessantly puts forth new claims that women’s and men’s brains are fundamentally different, which seem to endure no matter how skilfully they are rebuffed. Evolutionary psychology, which takes us back to the cave with gender narratives less sophisticated than The Flintstones, is enjoying a renaissance. Traditional family scripts are being re-spoken and enacted as part of a ‘new Victorianism’, amongst the privileged which erases broader social and political engagement with its white weddings, gourmet food and heteronormative, domestic bliss. Another Women Against Feminism member states, “I don’t need feminism because… I’m enjoying being a supportive wife and I love that my man is the head of my household.”

Women Against Feminism makes effective use of the new neoliberal common sense: women are naturally more suited to domestic tasks, why else would they want to stay at home? Women must be inherently more vain and superficial, or they wouldn’t spend so much money on frivolous things. This oppressive thinking holds that Men are from Mars and Women are from Venus – otherwise, in a free world, why would there still be inequality? And if women want someone to blame, they should apparently look at themselves – in the words of a Women Against Feminism member, “I don’t need feminism because… I am a victim of nothing but my own bad choices”. I beg to differ – the neoliberal logic of personal responsibility is why we need feminism now more than ever.

Alison Phipps is Director of Gender Studies at the University of Sussex. She works on the politics of women’s bodies, specifically on issues such as sexual violence, sex work, childbirth and breastfeeding. Her book ‘The Politics of the Body: Gender in a Neoliberal and Neoconservative Age’ is published by Polity Press. You can follow her on Twitter as @alisonphipps