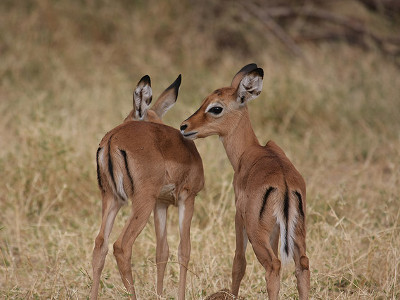 Have you heard the news? Weddings have just become less sexist! Or they might become less sexist, if renowned feminist campaigner David Cameron has his way. He’s pledged a change to the marriage certificate, which in England and Wales currently names the fathers of the bride and groom and gives their occupations while skipping out any information on the mothers. Well, not for much longer! Soon (maybe) a new version will give just as many details on both mum and dad.

Let’s be realistic though: when I say weddings will become “less sexist”, I’ve set the bar pretty low. This is an event where, traditionally, a woman wearing virginity-signifying clothing is given by one man to another and assumes his identity. Creepy stuff, I’d say, but apparently I’m in the minority.

The thing is, while pretty much everybody acknowledges the sexist trappings of marriage, two prevailing ways of thinking tend to dominate the response.

The first is that it doesn’t really matter. Tradition has this effect on people. I mean, sure, it’s a bit weird that wearing white is supposed to indicate my sexual purity, but it wouldn’t feel like a real wedding if I wore a different colour! And nobody really cares about that stuff anyway: it’s just kind of quaint now.

This probably stems from how conditioned we are to appreciate traditional weddings. From Shakespeare to Cinderella, weddings mean a happy ending. That ‘perfect day’ is held up as an ambition (particularly for women) and when it comes to it, the fairytale wedding matches the fantasy much better than attempting to shake off the sexism. It’s not uncommon to hear people who otherwise espouse completely feminist principles to justify their white wedding by saying it’s what they wanted all along. I understand that – even I, with my apparently stony heart, can appreciate the attraction – but we know that no choice is made in a vacuum. If we had never encountered weddings before, how many of us would now redesign the traditional way to express your hopefully unending devotion to your partner?

The other widespread approach is to attempt to have a feminist wedding. Don’t like the bit where you promise to honour and obey? Bin it! Think it’s kind of prehistoric to have only men giving speeches at the reception? Give granny that microphone! Find the idea of proposals a bit one-sided? Get down on one knee, sister – to hell with leap years!

Ok. That’s kind of cool. But why are we even bothering? Marriage is an institution imbued with sexism – right from the origins of being used as a convenient way to transfer property to the modern day connotations exploited by shows like Don’t Tell The Bride. You might do everything you can to subvert tradition but you can’t escape the way society will interpret the action of wedding. Pretty much every woman who’s been married for a few years can reveal some way in which society attempts to undermine their independence and dictate their decisions – whether it’s the insistence of misnaming them as Mrs Husband’s Name, the assumption of a bank that their husband will need to be consulted, the expectation that after wedding comes babies…the list goes on.

At the most basic level, most couples getting married are doing so because they want to be publicly committed to each other – it’s an act of love. As far as I know, most are not doing it for the bonus sexism. To me, that means we don’t need to keep ourselves tethered to this unfortunate exercise. I believe that it’s quite possible to feel the strongest of loves for somebody and express this to others if necessary, without getting married. It’s just that getting married is what we do.

Every wedding contributes to the societal idea that weddings are how we communicate love and lasting partnership. Even a super-feminist one reiterates that getting married is the thing to do – and in some ways, it probably does this even more strongly, as it suggests that weddings can be separated from their unfeminist heritage.

It’s hard to be the odd ones out. But it’s time to acknowledge: we don’t have to do this. The more of us who reject an institutionalised take on relationships, the less marriage will be seen as a rite of passage. We don’t need feminist weddings if we aren’t resigned to having weddings in the first place. It’s time to disengage.

The image is by Michael Hummel and is used under a creative commons licence. It shows two dik diks standing together from behind. Dik diks are antelopes that are monogamous but do not participate in wedding ceremonies. Although, of course, marriage doesn’t imply monogamy. I just liked the antelopes.