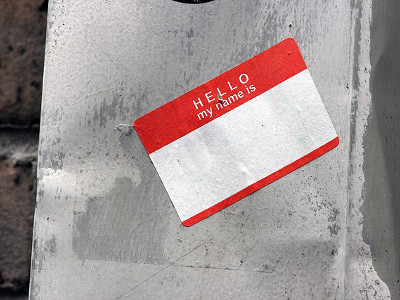 Would you miss Mrs?

There’s a lot in a name. You can often gauge where someone has come from or see the parents’ personalities or family members echoed in the chosen names. It is also a defining factor of someone’s identity. It may not sum this identity up but it is the label that they will carry throughout their life. This can be neutral, beneficial or even negative.

A title, however – those few letters preceding one’s name – is a label with connotations that become a solely female issue.

For men, there is only one option, which entirely void of meaning apart from denoting their gender. It does not carry a pointer as to their marital status. It is just a title.

When I was younger I remember that an activity that involved writing your name with the surname of whichever boy you fancied. More often than not, other people would helpfully do this for me. That all-important question of whether “Mrs Whomever” would sound good was seriously considered. At that stage in my life there was no question about the title I would assume once I, of course, inevitably got married. It seemed the natural scheme of things.

When I delved into feminist issues more once I reached my teenage years, I had an epiphany.

It seems rather odd and outdated that most women assume a different title upon marriage. These few letters are steeped in patriarchal tradition, something that continues to shadow all areas of our lives to this day.

It is up to the individual to decide what they would like to call themselves. Taking away someone’s liberty over these matters is not something that I would ever advocate. Still, the continued tradition seems illogical to me.

When someone hears of you or meets you, do you wish their first realisation of your person to be whether you’re married? Is that what you wish to be defined by? In an ideal world people would wait until they met you to decide what you’re like. However, as we all know and have experienced, this is far from being an ideal world. Therefore, unless your title denotes something particular such as you being a doctor or a professor or something like that, do you really want these few letters before your name to state your marital status?

I shall not delve here into the issue of whether one changes one’s surname upon marriage or not, for this has even more complexities attached to it, such as how to define a family unit and what children should be called. Nevertheless, the issue of changing your name once married and the chosen title are issues that are intertwined and they both need to be considered carefully.

I implore women to consider what they would like their name to say about themselves. I do not have an issue with women who, having thought it through, decide that changing their title to Mrs is something that they would like. It is the assumption that a married woman will be a Mrs that I have issue with and women everywhere need to have that realisation that they can be called whatever they please.

The fact is that this is all down to tradition, an incredibly difficult thing to unravel and change, as the vast majority of people will be perfectly happy to carry on as things are if it does not cause that much damage to them. These seemingly tiny parts of tradition stand for something much greater, something that is being used to govern how we live, what we do and how we act. It is what this tradition stands for that matters. If the tradition that we so aimlessly follow stands for a damaging patriarchal past and present, is this something we should continue with?

Your name and title is a big thing; it’s a label, no matter how it’s worn. It is therefore something that requires serious thought and consideration.

The photo is by Quinn Dombrowski and is used under a creative commons licence. It shows a sticker that reads “HELLO my name is” in white typing on a red background, above a white space where presumably somebody could write their name, although the space is blank. It is stuck at an angle on some grey metal.