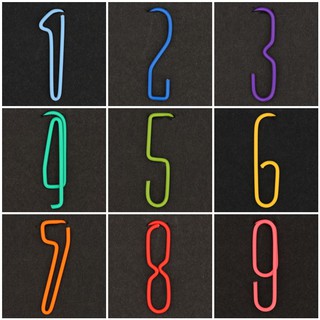 I love statistics. I love discussions of sexuality. Thus, the Guardian‘s British Sex Survey might be my kind of Sunday reading.

There is some good news. For example, the number of people who did not want to have sex with a disabled person has decreased from 70% to 44% since a similar survey was conducted in 2008. Equality is not about getting laid, but the reasons people rule out disabled people as sexual partners tend to be around infantilisation, fear and othering which effects our treatment and opportunities in every aspect of life.

However, this is a sample of 1052 people, which is a pretty small group to represent a population of 64 million. The write-up includes information about the difference in behaviour between homosexual, bisexual and heterosexual people, but at 4% each, there can only be around 40 gay people and 40 bisexuals in the study. Asexuals, non-binary people and men without penises don’t seem to exist.

And some of the stats are very ropey.

My favourite, which is often cited in newspaper columns and by sexual experts is that men have many more sexual partners, on average, than women. Many studies claim this and the British Sex Survey places these two figures as 12 for men and 7 for women. This is extraordinarily unlikely.

There are roughly the same numbers of heterosexual men and women in the world. This means that straight men and women have to be having sex with each other at roughly the same rate. This doesn’t mean that straight men or women necessarily behave the same or even that a typical man and a typical woman (should such mythical creatures exist) have the same number of sexual partners. But whatever differences there may be, the averages simply must tally.

It could be that somehow female sex workers were excluded from the survey and the 22% of men who had used the services of a prostitute do so regularly and see many different women.

Another possible explanation is that gay and bisexual men have many more partners than straight men – it would have to be 58 partners each – pulling up the male average. There are certainly folk who have had that amount of experience, but as an average, this seems fairly ludicrous.

People lie about sex. They lie about sex even when they’re answering anonymous surveys. And it’s probably the case that both straight women and men lie about the number of sexual partners they’ve had, but in two different directions. It may also be the case that men count certain kinds of sexual encounters that women do not, and for a small minority, there will be men who count women as sexual partners where those women would count such men as assailants. But mostly, people are probably just fibbing.

This is vitally important to acknowledge. Whatever differences in sexual behaviour men and women may exhibit, it cannot be demonstrated in numbers if those numbers don’t add up. Another stat the Guardian offers is that 29% of men but only 10% of women have had sex with someone whose name they didn’t know. This conjures romantic scenes where men readily introduce themselves but their lovers remain stubbornly mysterious. Or maybe men are just bad with names?

When these statistics are quoted – and they will be quoted widely – we receive information about what is normal. I’ve seen similar stats offered in advice columns to explain that it’s normal for a straight man to be more sexually experienced than his partner. As sex therapist Meg Barker says in an article running alongside the survey,

“People are very scared of not being normal. By far the most common question I’ve heard as a therapist is “Am I normal?” And people come to sex therapy with the hope that it will make them “normal”.”

Women are encouraged to play down their experiences to what they imagine might be more normal levels. In 2014, in a culture which largely accepts and expects women to be sexually active regardless of their marital or relationship status, it is ridiculous that sexual experience should come with any shame. One friend confided that she had lost count of the number of sexual partners she’d had, but had told her boyfriend – who had been crass enough to ask – that she’d had just three.

Thus women are condemned to the pretence of a kind of pseudo-virginity; we’re grown women, of course we’ve been around the block. But, not far; not as far as you, darling.

Men, too, are pressured to exaggerate, although invention is a little easier than erasure; you’re never going to bump into an imaginary ex-girlfriend at a family wedding. One could read a lot into Nick Clegg’s answer of “No more than 30. It’s a lot less than that.” when asked about his sexual history in 2008. There’s also a difference in being embarrassed by what you haven’t done (yet) and being ashamed of what you have done (and can never now undo).

My hackles are raised any time a statistic is blithely used to demonstrate a massive difference between men and women’s behaviour (having almost twice as many sexual partners would be a massive difference). It is not necessarily that these stats mean nothing, but both their validity and their impact needs to be examined before we accept them at face value.

[The image is a square grid divided into nine squares each with a colourful number (one to nine) in it. These numbers are apparently paperclips. The photograph was taken by Leo Reynolds and is shared on Flickr, under a Creative Commons license.]