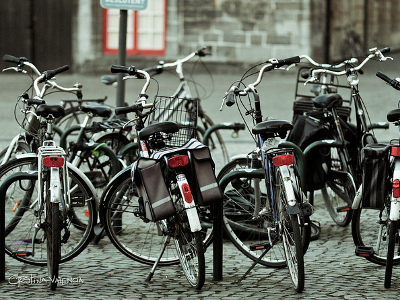 The revolution will not be pinkified

Since Bradley Wiggins’ Tour de France win, the Olympics and the Grand Depart of the Tour de France being held in the UK, Britain has seen a boom in the number of people taking up cycling. This includes more women than ever before, particularly young women aged 14-25, according to British Cycling.

This has led to increased demand placed upon bike retailers and bike manufacturers to cater to the girls’ and women’s markets.

We’ve come a long way since the Victorian era, when it was frowned upon for women to ride bikes and they needed to design and make their own attire because there was none available for them. However, a recent online discussion with some of my fellow mountain bike enthusiasts revealed that the modern market may still have some way to go. One of the participants was talking about taking her nine-year-old daughter, Amy, to look at bikes at a well-known UK bike retailer.

Amy had recently been to a local summer youth festival and had seen some BMX demonstrations She decided she wanted a BMX for her birthday. Amy’s mother took her to look at some and try them out for size.

They were approached by a salesperson not long after arriving in the children’s bike section. Taking one look at Amy’s long blonde hair, she immediately ushered them to the candy-coloured end of the aisle. There was one girls’ BMX – in black and hot pink. Amy took one look at it and immediately hot-footed it back down to the other end. “I think I like these better” she said. But the salesperson wasn’t to be deterred. “Those are the boys’ bikes, love,” she said. “Wouldn’t you prefer a girls’ one?”

I loved Amy’s response – she fixed the salesperson with a quizzical look, a nine-year-old speciality, and said, “Does it matter?”

Amy’s mother did a quick comparison on the bikes aimed at girls and the ones aimed at boys. For the same price, many of the boys’ bikes had better components and functionality than the girls – suspension forks and gearing, for example. The girls’ bikes focused on appearance and comfort – larger saddles, lower top-tubes and pastel colours with plenty of flower motifs and add-ons like baskets, streamers and sparkly handlebar grips. The clothing and accessories aimed at girls were mostly pink, with the odd flash of white or purple, and again, focused on being pretty rather than functional. Boys’ cycling clothing included padding and skull-and-crossbone motifs, sold on its hard-wearing qualities.

I wish I could say the adult market is more enlightened and in some places it is, but if you want to transcend the sea of pink Lycra, you have to spend more time and money searching out brands who acknowledge both the need for women-specific cycling clothing and to have a few more choices on the colour spectrum.

Some in the women’s cycling world think that the abundance of pink bikes and pink Lycra aren’t that big a deal compared to other issues and just make a joke of it. But there is a real issue of choice and acceptance here. According to the retailers, boys are expected to be rough-and-tumble, ride through the mud and require their kit to be washed by their mothers a lot. Girls are expected to bumble around with their dolls in the front basket.

If the industry really is going to support this women’s cycling revolution, it needs to think beyond gel saddles and everything in varying shades of pink and pastels. Girls need to know that it’s OK to get dirty and there’s enough washing powder in the world to cater for theirs and their brothers’ kit. They need to know they’ll be welcome in cycling clubs and free to choose any cycling discipline they want to learn or compete in, no matter how physically demanding.

I wonder how many Amys there might be who don’t necessarily have the assertiveness or support to tell the world they don’t want to be pinkified. I wonder how many Amys might have ended up with a bike – or indeed, other choices in life – things they were told that they should like, rather than what they really wanted and reflected who they were, because they didn’t want to be judged for being different.

I am happy to report that Amy now has a new, blue and green BMX – I won’t say shiny, because she is spending so much time at her local bike park that it probably isn’t so shiny any more.

Amy has also learned how to use the washing machine.

The photo is by Cristina Valencia and is used under a creative commons licence. It shows four bikes lined up, supported by their prop-stands, shot from behind. More bikes are out of focus in the background. The second and fourth bike (looking left to right) have saddle bags. The second one also has a black wire basket.