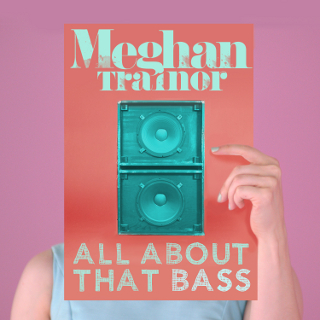 All About That Bass? All about that body shaming

Veena Chandar, 18, takes issue with ‘All About That Bass’ and its implication that we should only appreciate our bodies if boys admire them.

Welcome to the 21st century where, according to many, sexism is obsolete and feminism is a wasted movement. Yet, a song placed at no.1 in the UK charts, being blasted at every radio station for all to hear is filled with body-shaming sentiments. But, hey, it’s catchy right?

The world is already so good at tearing women down, picking at anything from our image to our quirks, without the added internalised misogyny that Meghan Trainor presents in her new song. What I see happening lately isn’t a celebration of larger bodies but, instead, a tokenistic de-humanisation of smaller ones. It’s encouraging one group of de-humanised women to step up and degrade and dehumanise another. This is flawed because thin women were never the oppressors holding all the power in the first place. Women have always had their appearances critiqued by men. It’s just that thin women have tended to experience this less. However, ‘All About That Bass’ seems to reflect a view that it is only right to overthrow those awful “skinny bitches”, because “How dare they be critiqued less by our beloved oppressors?”

Of course, it’s clear thin privilege still exists, with larger women and men facing discrimination every day and thin people being given a pass. But supporting retaliation in the form of hatred is a useless cause when we need to all be working towards the same goal of body-positivity for everyone.

And what happened to body positivity in this song? Why should thinner bodies be deemed unappealing because they don’t have that “boom boom” that all the “boys chase”? Since when has body positivity had anything to do with boys chasing you? Self-acceptance is exactly what it says it is: you accepting yourself. Why should any group of women be dismissed as “stick figure” “Barbie dolls” complying to the media’s expectations? After all, there are lots of women, regardless of size, who don’t care what the media or boys think.

Let me paint you a lovely picture of the future. Fifteen years pass. I am sitting across the dining table from my little daughter and, as she reaches for the vegetables, I smack her hand away and put chocolate on her plate instead. “Why, Mummy?” She asks me. “Because,” I say looking at her straight in the eyes, “boys like a little more booty to hold at night.”

I realise that’s a bit far-fetched, but you get my point. Children are listening to this song being played on the radio and, in my opinion, it is arguably as toxic as a song promoting being skinny would be. Both stances promote one body type and dismiss another. Even worse, they imply we should only appreciate our bodies if boys admire them.

It’s no surprise that Meghan Trainor doesn’t consider herself a feminist. If the values and internalised misogyny towards ‘skinny’ women in ‘All About That Bass’ are anything to go by, I don’t think she would make a very convincing one. It seems that, according to this song, you should love yourself… unless you’re a skinny woman, in which case, you’re going to die alone just because men apparently don’t want you.

Being a woman nowadays is a lot like the lyrics in Kelly Clarkson’s song ‘You Can’t Win’:

If you’re not, they’re all screaming obese.

And those are the only two we can be apparently. Nothing in-between.

Well, the world is definitely changing. We no longer need men to objectify and de-humanise women and portray them as only for men’s entertainment because we have women to do that as well. Not all men? Well, apparently it’s men and some women too.

Meghan, I don’t really care if you have “all the right junk in all the right places”. Because yet another voice telling us what’s right or wrong when it comes to women’s bodies is just more misogyny and I’m tired of it.

Front cover for Meghan Trainor’s ‘All About That Bass’ single. This is pink with the shoulders and right hand of a woman (possibly Trainor or intended as a depiction of her) with a baby blue top and matching nails holding up an peach coloured sign with the name of the artist in white at the top and of the song at the bottom. Two speakers are pictured in the middle of the sign.