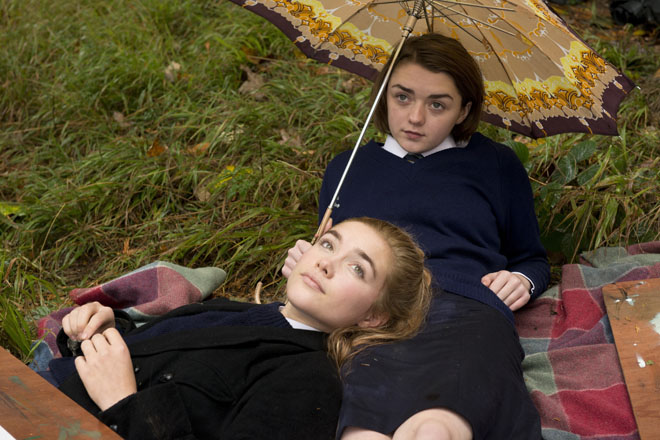 London Film Festival programmer Jemma Desai called it on Dazed: women are taking over the London Film Festival, with a record-breaking 53 out of 248 features. Big names include Mia Hansen-Løve, who brings clubbing romance Eden, and Sophie Barthes with her adaptation of Madame Bovary, but the real excitement of the festival is in the dizzying possibilities of debuts and new discoveries, such as Tala Hadid’s The Narrow Frame of Midnight and Andrea Sedlackova’s Fair Play.

While 20% isn’t parity, it tallies about accurately with the average figures for female helmers, according to the findings announced last month by the UN Women/Geena Davis Institute and European Audiovisual Observatory reports.

And as Monika Bartyzel notes about the programme at Toronto International Film Festival 2014 (which also featured 20% female-directed features), “women offered an unprecedented slate of films rich in thematic and visual diversity.” TIFF top picks to be screened in London include Afia Nathaniel’s Dukhtar, the first feature filmed in the mountains of Pakistan, a tense thriller in which a mother rescues her pre-teen daughter from an arranged marriage, and Shonali Bose’s Margarita, With a Straw, an Indian indie in which scholarship student Laila, who has cerebral palsy, falls in love with a female Pakistani activist in New York. 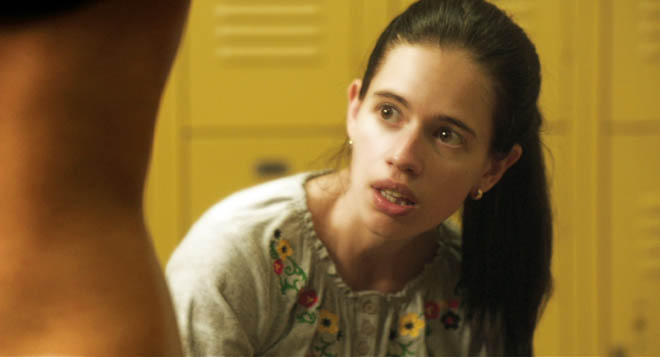 Suha Arraf’s Villa Touma arrives from Toronto on a wave of controversy: not for its subject matter, where a young girl shakes up the stolid lives of her unmarried aunts, but because Palestinian filmmaker Arraf changed the film’s national designation, prompting the Israeli Ministry of Culture to demand she repay their funding. The solution, in a bitter irony, has been to list the film as stateless ­- but it has drawn attention to what promises to be a clever, dark comedy featuring a stand-out performance from filmmaker Cherien Dabis.

Festival buzz also attends The Wonders (Alice Rohrwacher) and Still the Water (Naomi Kawase). Both were well received at Cannes and share a modern mythic territory in depicting adolescent sexuality in tune with the natural world. Céline Sciamma’s Girlhood is my most eagerly awaited Cannes film, though, with its own share of controversy over a white director focusing on a black girl gang. Sciamma, a queer femme favourite for Water Lilies and Tomboy, explores with Girlhood the same edgy territory, where loyalty, love and violence are entwined.

Notable among the films representing the UK is Second Coming, a black comedy about immaculate conception starring Idris Elba

Among other LFF’s Official Competition entries, Girlhood faces a film already hailed as a cult classic: Ana Lily Amirpour’s Iranian indie vampire Western A Girl Walks Home Alone at Night, shot stylishly in black and white. More mood than story, the film is also a riposte to the tired saw that women don’t make genre films. As is the final woman-helmed film in competition at London: The Falling, a London world premiere from Dreams of a Life director Carol Morley, is a beguiling and mysterious entry in the Gothic girls’ school genre that pairs a powerhouse cast (Maisie Williams, Maxine Peake, Monica Dolan and Greta Scacchi) with the gorgeous cinematography by Claire Denis’ regular collaborator Agnès Godard and all-new songs by Tracey Thorn for a tale that promises mass hysteria, girl crushes and burgeoning feminism. I don’t envy the jury having to choose between these three powerful, uncanny entries into the canon of girl cinema.

Judges in the First Feature Competition will also have it tough: Josephine Decker’s Butter on the Latch – one of two films she has in the festival, amazingly – arrives on a wave of love from Sundance, unsurprisingly as it’s steeped in hippy West Coast dreaminess. It’s up against Something Must Break by Ester Martin Bergsmark, whose documentary She Male Snails was a hit at the Lesbian and Gay Film Festival. Her feature foregrounds innovative transgender erotics, and is one of several LGBTQI films making a splash in this year’s main festival, along with Desiree Akhavan’s Appropriate Behavior, which sounds like another entry in the welcome catalogue of hot mess feminist comedy.

Notable among the films representing the UK is Second Coming, a black comedy about immaculate conception starring Idris Elba, which is the first feature by playwright debbie tucker green. The British female contingent at the festival also includes Rebecca Johnson’s docu-fiction Honeytrap, Emily Wardill’s experimental meditation When You Fall into a Trance, the delightfully-titled The World is Full of Stupid Men, co-directed by Eden Kötting, and a glorious new print of Joy Batchelor’s beloved 1954 animation of Animal Farm.

For those who want to explore some cinema classics, from the vaults there’s also Helma Sanders-Brahms’ Germany Pale Mother, a tribute to queer avant-gardist Maria Klonaris, and I Don’t Know, an early short by Penelope Spheeris of Wayne’s World fame and one of the first documentaries with a transgender subject. Those accompanying younger viewers might also be interested in Moomins on the Riviera (2014, co-directed by Hanna Hemilä).

However many films by women you see, there’s always room for more

While female filmmakers have failed to crack the prestigious Gala screenings, they nevertheless feature adaptations of books by Vera Brittain and Cheryl Strayed (Testament of Youth and Wild respectively) and female protagonists in The White Haired Witch of the Lunar Kingdom and A Little Chaos. Chinese superstar and X-Men’s Blink, Fan Bingbing takes the lead in White Haired Witch, while A Little Chaos stars Kate Winslet as landscape designer for Louis XIV (director Alan Rickman in a delightfully silly wig). Finally, there’s always Björk, who had 110% creative control over her Biophilia: Live concert film.

Tickets are still available for most of the screenings and if you miss out on Biophilia, there’s a special opportunity to see it as part of Ada and After, Club des Femmes’ feminist science fiction weekender in November.

Because however many films by women you see, there’s always room for more…

BFI London Film Festival is running 8-19 October. You can buy tickets for screenings that haven’t sold out on BFI website.

All photos are stills from the films shown at this year’s London Film Festival, courtesy of BFI. First photo is from The Falling by Carol Morley, showing Maisie Williams as Lydia and Florence Pugh as Abbie (photo Aimee Spinks). Second photo is from Margarita, with a Straw, showing Kalki Koechlin as Laila. Third picture is from A Girl Walks Home Alone at Night, showing Sheila Vand as The Girl.

Sophie Mayer is currently writing Political Animals: The New Feminist Cinema, and seeing 20 films in ten days at the LFF. She is fully expecting to swoon at her final screening, Carol Morley’s fainting epidemic drama The Falling