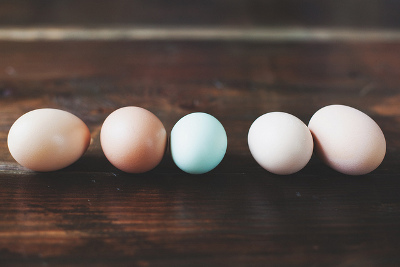 To freeze or not to freeze

News broke recently that some of Silicon Valley’s top technology companies, including Facebook and Apple, will be offering an egg-freezing service as a benefit for female employees.

The big Silicon Valley players all have a low percentage of female employees relative to other industries. Facebook has 31% female staff, and Google 30%, with other companies reporting similar statistics. Facebook’s concern over lack of female talent, particularly in senior management, prompted them to begin offering the procedure to employees in a bid to attract more women. Basketball courts, free food and pool tables might bring in the bright young things, but are unlikely to retain talent when people’s priorities start to change.

Young women get confusing messages – on the one hand, society sneers at young ‘welfare mothers’ who get pregnant in their teens or early twenties, often with partners who skip their responsibilities (which is, of course, the woman’s fault for not choosing wisely enough) and have no means other than state benefits to support the resulting children. On the other side, there is plenty of hand-wringing about women who work hard, build a career, get themselves financially stable and find a stable partner, only to find that all this time spent doing the right thing has meant it’s too late biologically. I have seen friends go through this and it has been heartbreaking for them. Egg freezing seems like it might be the perfect compromise.

However, there have been warnings, notably from the American Society for Reproductive Medicine (ASRM), that it might not be as simple as it sounds. It’s not just something you can go and do in your lunch break. Injections of powerful hormones are required, and the procedure is far from simple and painless, and nor is it risk-free. Getting pregnant using frozen eggs requires the use of IVF, which carries its own risks. Medical News Today warns that IVF is “a procedure with a high failure rate that is linked to risks of stillbirths, cesarean sections, preterm deliveries, multiple gestations and higher risks of fetal anomalies”. The ASRM’s recent report into egg-freezing technology reported in 2012 that egg-freezing was unlikely to deliver significant advantages, except for women who have a medical reason to use it, such as cancer treatment, and it cannot be recommended as a method of delaying starting a family.

There is a darker side to all this as well. Female employees might feel pressured to undergo the procedure, because they may worry that their employer will see them as less committed to their career if they don’t. This may even extend to spouses of employees, who may also be eligible. It’s difficult enough already to balance work and parenthood – the fact that employers are offering this tacitly acknowledges and supports the view that motherhood is incompatible with building a successful career, rather than challenging it. Is this really the message we want to give young women entering the workforce? If you are serious about your career, you’ll put everything else on ice – literally.

Family responsibilities are also not just about women and children. We’re living longer, and the demands of caring for elderly or sick parents can also be difficult to juggle. You can’t freeze your parents and have them get old later and you can’t defer serious illness, as I recently found out. Life doesn’t happen either at our convenience or the convenience of our employers.

I’d rather we looked at changing our working culture wholesale, with help from the numerous technologies out there, to help us achieve our career and life goals simultaneously. I know from the recent challenges I’ve just experienced trying to balance looking after my health with meeting the needs of my employer that most places of work don’t embrace deviation from 5x 9-5 readily. My team recently took on two new staff, both of whom needed slightly altered working patterns because of childcare but had been afraid to mention it at interview. Flexible and part time working is possible but often granted grudgingly, and you may pay a price in pay and promotion prospects for prioritising your human connections and loyalties over your corporate ones.

Women are always being told that we can’t have it all. While this is certainly true, it is true for all of us, including employers. We need to start talking about how we normalise reasonable balance between family and work; chances are it will involve some compromising on both sides.

The photo is by Sheena Jibson and is used under a creative commons licence. It shows five hens’ eggs lying in a line on a dark wooden table. The one in the middle is paler than the others.