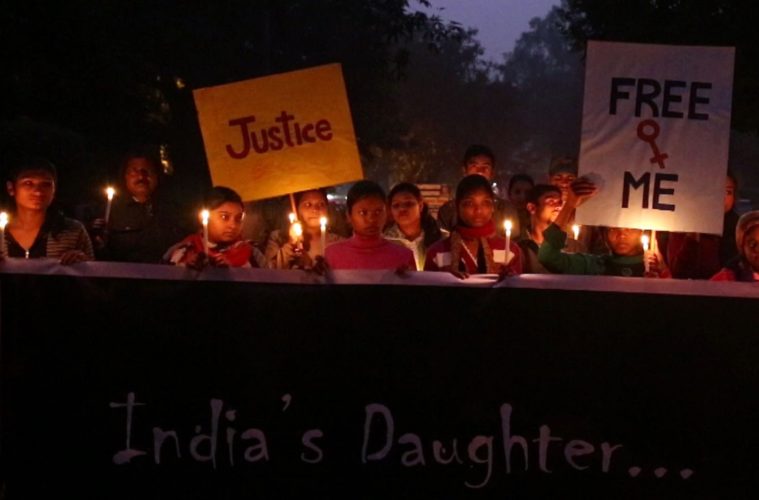 Asiya Islam finds India’s Daughter, The BBC documentary on the 2012 gang rape in Delhi, neither educational nor challenging and suggests we question its purpose

The documentary has garnered attention for its interview with one of Jyoti Singh’s rapists — Mukesh Singh — who shows no apparent remorse for the brutal crime and goes on to say that women are more responsible for rape than men. Families of the other three men who have been convicted for the gang rape and murder of Jyoti Singh were also interviewed. Unfortunately, the interviews with Jyoti’s parents haven’t managed to make headlines even though they completely deserve to. This is, however, down to the media coverage of the documentary rather than the documentary itself. For me, where India’s Daughter fails is in challenging the age old narrative of the good poor vs bad poor.

In the documentary, Jyoti seems to have been reduced to this good hard-working girl who wanted to improve her own life, along with her family’s and other people’s. There are specific references to her ability to get by with just four hours of sleep as well as speak fluent English. If measured by neoliberal standards, Jyoti was the ideal Indian woman: both traditional (attached to her family and hard working) and modern (aspirational, educated and English speaking). In the same framework, her parents are also portrayed as the ‘good poor’ who are careful about where they spend their money, what they invest in and how they lead their lives.

On the other hand, those convicted of Jyoti’s rape and murder occupy the diametrically opposite position; they might have only a little less money than Jyoti and her family but they, being the ‘bad poor’, didn’t have the sense to fight the odds and become more like Jyoti. Of course, this narrative emerges through interviews but it’s quite obvious that it’s the editorial theme of the documentary. This, for me, is lazy documentary making; it leaves me wanting for a more sophisticated discussion of socio-economic and political issues in India, as they interact with and influence sexual violence in the country.

So, if India’s Daughter hasn’t set out to challenge and probe, has it managed to educate people? A spokesperson from the BBC has claimed that the documentary “provides a revealing insight into a horrific crime that sent shockwaves around the world and led to protests across India”. Yes, there is the much coveted interview with Mukesh Singh and interviews with the lawyers who were defending the men convicted of the crime but, perhaps apart from the composure that Mukesh maintains, their statements are not particularly shocking.

Mukesh says he think a woman’s place is in the home, not on the streets late at night. This is backed up by the lawyers, one of whom equates women with flowers and diamonds to be protected and kept safe. These opinions are still very much mainstream across the globe but this documentary, by purporting to expose “men’s brutal attitudes” in India, goes into the harmful territory of making the Western world appear free of rape and sexual violence. The BBC’s track record in this area is not great: a previous film on the 2012 Delhi gang rape, sensationally titled India: A Dangerous Place to be a Woman, has similar problems.

Besides exploiting the shock value of a rapist’s unrepentant opinions, India’s Daughter indulges in drawing out emotions in Jyoti’s parents. This is obviously a difficult issue for them to discuss, much more difficult than anybody can imagine it to be. They have been extremely brave to go on camera and talk about the incident that devastated them over two years ago. The documentary can be commended for bringing their viewpoint to audiences around the world. However, it also feels like the documentary capitalises on their emotions; there are some voyeuristic close-up scenes, particularly of Jyoti’s mother crying, that are really uncomfortable to watch. There is also a weird scene of a tiger roaring on a cinema screen intended as a double reference to both the film Jyoti and her friend watched together, Life of Pi, and the sexual predators out there to get her the same night.

Instead of dwelling on such scenes, the documentary could have spent that time talking to diverse women who inhabit the increasingly globalised city of New Delhi, to understand the impact of the incident on their everyday lives. I would have also loved to see and hear more about the large scale protests that took place following the incident. Although Udwin claims to have made the documentary to capture voices of protest, I don’t think India’s Daughter has quite managed to pull it off. There is some footage of the protests and a couple of interviews with women who participated in them but, once again, the detail is missing. That same dearth of detail doesn’t, however, apply to descriptions of the incident itself.

Having watched the documentary a couple of times now, I’m still wondering what its purpose is; what can we gain from (graphically) recounting the unfortunate incident? Of course, I don’t agree with the ban on the documentary in India (it’s a bit pointless anyway, given that it’s available online) but, at the same time, I feel that the attention and publicity it has received is not proportional to what it achieves as a documentary. I wouldn’t advise not watching it — if anything, it is worth your time to be able to critically analyse it — but if you do, I’d suggest also picking up on more purposeful ‘locally’ made films that have received much less publicity.

Scene of a candlelight vigil at dusk, with a mixed gender group of around 20 people in the discernible area and a glade of trees behind them. There are two fully visible placards (left to right): one is yellow with ‘Justice’ in maroon letters and the other is white with ‘FREE ME’ in black capital letters, with those two words separated by the female symbol in red. A black barrier in front of the people bears the words “India’s Daughter… WHY?” in grey/white. From BBC site, shared under fair dealing.

Asiya is a freelance journalist and features editor for The F-Word. She writes when she’s angry