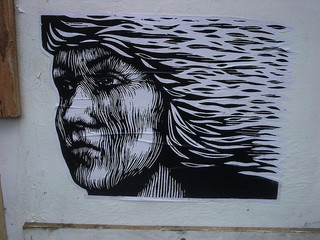 In which we need to talk about rape

Sasha Garwood reflects on the Guardian’s latest article on rape.

This article appeared on the Guardian online five days ago. The author Monica Tan’s ex-boyfriend did something in bed she specifically asked him not to do, she was very upset, the article debates a bit whether this is rape or not, talks about how there will be controversy over whether this is rape or not, and concludes that we need to talk and understand more about rape. Which is not a conclusion it’s easy to disagree with, although the path she takes to get there fills me with sadness and vengeful horror.

Although I do not fit into the category of people ‘eager to tell [the author] what happened’ – I’m all for people defining their own experiences, and if she doesn’t identity as a survivor, fair enough – I am also pretty certain that doing something penetrative to someone they’ve explicitly asked you not to do counts as rape in my book. The magnificent Rockstar Dinosaur Pirate Princess came up with a shatteringly brilliant analogy the other day, which everyone should and read and which I am personally in favour of including in the national curriculum, namely that one can negotiate consent in a marvellously simple way by substituting ‘offering a cup of tea’ for ‘initiating sex’. To apply this fabulously incisive piece of critical thinking to the scenario described by Tan’s article, if somebody has said ‘no, I don’t want a cup of tea, please don’t give me any tea’, then pouring the tea down their unwilling throat and then saying (quoting verbatim) ‘I did it, I [gave you tea]! Fuck you!’ with a face ‘full of fury and glee’ whilst ‘sticking [a] middle finger up’ is…pretty bloody rapey. There really isn’t that much middle ground there.

To counter such assertions, Tan claims that ‘life exists in the noisy grey bits between a “no” and full, enthusiastic consent.’ Whilst her story makes her ‘no’ pretty explicit – there’s very little ‘noisy grey area’ around ‘please don’t do x’ – I’m prepared to believe that such may be true of her life and that of many other people regardless of gender. The world is often a pretty horrible place. But even were that universally the case, that something is the status quo isn’t necessarily an argument for its continuance. I would LOVE to live in a world where ‘full enthusiastic consent’ was a minimum requirement for sex, actually. I strive to do so, in my personal life, and while I’d be the last person to suggest I am without sin and start flinging stones around, I don’t think that’d be such a bad basic standard. (Well done, California!) Obviously, such criteria can’t apply to everyone – aces [New editor’s note: Author’s clarification in the comments, aces refers to asexual people], or people dealing with the aftermath of trauma, to pick a couple of examples at random – are likely to need different and individually negotiated criteria for consent. But the presence of such negotiation and careful attention to its content and the other person’s signals are paramount. For two apparently sexual people, not doing something you’ve just been explicitly asked not to is a long way below a minimum requirement – especially when doing so might end in conception.

Almost the worst aspect of the whole sordid tale, though, is that Tan’s partner later broke up with her because she ‘made him feel like a rapist’. Behaving like a rapist is fine, apparently. Being ‘furious and gleeful’ about crossing someone’s boundaries and risking impregnating them is…completely acceptable. But Tan’s response, suggesting even indirectly that the label ‘rapist’ might be appropriate, prompts an identity crisis so severe that he has to end the relationship to avoid confronting the implications of his behaviour? That’s horrifying. Maybe if we as a culture can remove the doublethink that allows him to rape without thinking of himself as a rapist, then maybe we would have fewer rapists.

Clearly Tan is infinitely better off without him, but at some point in all this talking about rape she posits we need to do things like make it clear to young people of all genders that doing something somebody doesn’t want you to do – even if they’re drunk, or in bed with you, or giving a soft no rather than an explicit one – makes you a rapist, and a rapist isn’t a good thing to be. Tan equates ‘locking up rapists and throwing away the key’ with ‘shutting down debate’, a fallacious analogy if ever I heard one (although given the massive infrequency with which rapists are locked up, I don’t think we really need to worry quite yet either way). She also suggests a confusion between ‘rapists’ and ‘garden variety dickheads’, a confusion which becomes miraculously resolved if we define a rapist as ‘someone committing rape’, or, if you like, ‘someone engaging in unlawful sexual intercourse without the consent of the victim.’ Someone like her ex-boyfriend.

I am 100% behind the idea of more discussion of rape and consent, in schools, in workplaces, in the media, in culture. I am very much in favour of discussing ambiguities, problematic gender differences in perception and support of rape, all the messy ‘noisy grey bits’ where there are actually problematic dynamics to delineate and explore. Tan’s article falls down as an argument for ‘noisy grey bits’ rather than ‘we need to educate better about rape’ because there isn’t actually very much ambiguity in the scenario she describes at all.

The illustration shows some black graffiti on a white wall. The graffiti is an illustration of a woman. Thanks Bixentro for the photo.