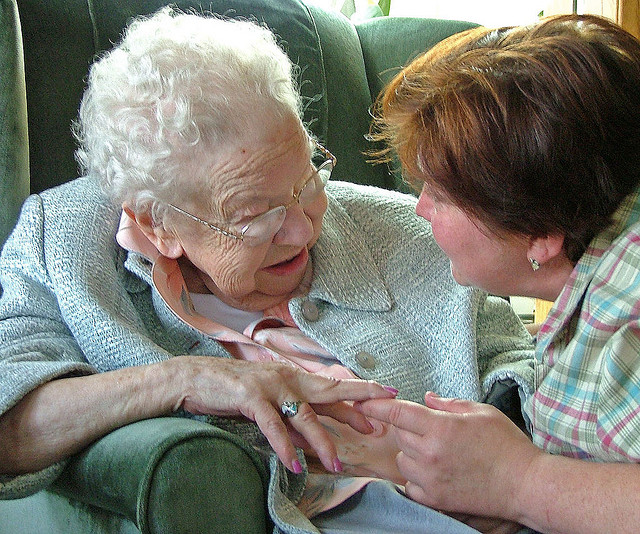 Dementia is a feminist issue

One of the commonly said things about dementia is it might affect any one of us – it’s a dreadful condition that doesn’t discriminate. But is that really true? In fact, dementia does discriminate. And the silent truth is that it discriminates against women.

For many years we have known that two thirds of the people living with dementia in the UK are women. We also know that most family members and paid carers of people with dementia are women. Carers are a forgotten and invisible workforce and even when paid, the status and pay is very low. A recent study entitled ‘Women and Dementia: A Marginalised Majority’ reconfirms this elephant in the room about dementia and dementia care.

As Ming Ho (a writer and blogger) says in her blog (Dementia Just ain’t sexy): “…society more readily grasps the loss of identity experienced by men – living with dementia or in a caring role – because it equates the man’s self with his public role: doctor, engineer, lawyer, sportsman, driver, head teacher, famous author. Something active and respected, the loss of which is visible to the outside world,” while “Women’s identities, [for] the greater bulk of their lives, are often hidden in the domestic realm, like the body of a whale, showing no more than a dorsal fin above water. So when they begin to lose grip of who they are, who notices? Who cares?”

Manuela, a very wise woman who has dementia, expressed a similar sentiment to me: “Dementia is ignored by doctors and politicians because it’s a disease that affects women – and older women at that!” I promised this woman that I would not rest until I had explored the issue further. Last year, the social enterprise I work for (Innovations in Dementia) received a grant from the Joseph Rowntree Foundation to explore ‘Women’s experiences of dementia’. This project is documented on the website www.dementiawomen.org.uk and the quotes in this article are shared from women who are affected by dementia who participated in the project.

Many say there is something within us as women or something in the way that we live our lives that makes us better able to cope with developing a condition like dementia. Does the stereotype of women making friends easily and being able to talk actually help women? A wonderful group of women with dementia, who meet at Woodley Age Concern near Reading, would agree: “When we have the men here, they don’t talk about it. They don’t talk about their dementia. If we start talking about it, they just take themselves off into the garden.”

Other women have told us that supporting women with dementia can be inspiring. Jen Marks, a One to One Support Worker with Young Dementia UK, says that it is her greatest pleasure and inordinate privilege to support “these incredible women”. She finds their indomitable spirit, perseverance, courage and unfailing good humour in the face of unspeakable adversities, both wondrous and humbling. Valerie Freestone, a nurse at Addenbrookes Hospital and HSJ Inspirational Woman 2014 says that women with dementia taught her what it meant to listen, to see past the medical model that says dementia is just a disease and to remember the women beneath.

Unfortunately, the “women beneath” are rarely depicted as such in the media. The new film Still Alice is an exception to this rule as it attempts to counteract stereotypes about dementia in showing how a woman and her family are affected by dementia. Interestingly, reading between the lines (that would be another blog post!) you still see that the male characters’ careers are portrayed as more important, while the women take on the role of carers.

This role of women as carers is severely undervalued in our society. As Professor June Andrews from the Dementia Services Development Centre at University of Stirling points out, when an older woman has a husband with dementia, she often has the life skills to care for him, so he is more likely to end his days in reasonable comfort at home. When an older woman has dementia, the reverse may be true. We think that is another reason why a disproportionate number of residents in care homes are women.

Maureen, a former bank employee from Berkshire who is living with dementia, told us: “I stopped work, thought I couldn’t go on like this. My husband said, ‘you have to face up to it. You have to take it as it comes’. But men find it harder than women. He found it hard to cope with my problem. Because I was the stronger person you see, and he couldn’t take that. Men don’t cope with that at all… he couldn’t accept what was happening to me.”

Some men are carers for their elderly parents of course, but the majority of this work falls on female descendants, daughters, granddaughters and nieces. Are women really better carers, though? We have certainly heard from a lot of women about their sense of a duty to care for their loved ones. I wonder if men feel the same? There certainly seems to be an implicit or explicit expectation that in families it is women who care, in both emotional and practical terms.

This sense of duty brings up more issues, which are rarely discussed. For example, Alison, whose mother has dementia, says: “I realised how lucky I was to have had a mum who raised me well and who I loved, because there were women in my support group who were having to cope with caring for somebody they despised, because that person was never a good mum, but they’re now stuck with the duty of care of somebody they don’t care for.”

But perhaps the biggest area of concern is the women who make up 80% of the social care workforce. Nicola, a social worker in York, comments on the difficulty in getting male care staff and social workers: “We’ve got three men on a team of about 40 staff. There’s a lot more in nursing, that’s a lot more male nurses. Caring is not a valued profession. If you can, you’re going to try and get in at a higher level, so nursing, it’s better if you’re going to be a breadwinner. So it’s more okay for men to do nursing but not to do care work as such.”

One big message from this project has been the feeling that the female social care workforce deserves a better deal: “Carers on low income are invisible, old people are invisible and people with dementia are invisible,” says ‘NW’, a home care agency manager in Yorkshire. Until, as a society, we recognise that women who care professionally need to be adequately supported and paid, the plight of people with dementia will never really improve. It’s an indictment of the care sector, and I mean the whole gamut of organisations – government, private and independent organisations, academia and charities – that it is apathetic to these issues and the implications of these issues for people with dementia.

Dementia care, and care in general, is not prioritised, because it’s become a ‘thing that women do’ 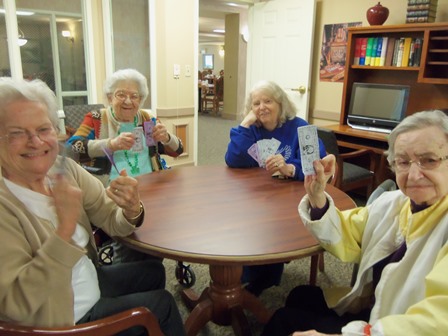 So, how can we make a change before we start to develop dementia ourselves? We need to start talking about dementia as a women’s issue and ask for policy to be changed to recognise and celebrate the women who need care and those who care for them. We should also push for this to address specific issues for lesbian and bisexual women. We can partly make that happen by demanding to see more women in policy making because as blogger Ming Ho says: “…dementia care, and care in general, is not prioritised, because it’s become a ‘thing that women do’, and women are the recipients of and, therefore men, who tend to be policy makers, don’t make it a priority, it’s not important to them. They would refute that, I’m sure, but I believe that until there are enough women on top policy making roles, it’s not going to change.”

Young women can help us to change their own futures. Rachel Thompson from Dementia UK suggests: “We can actively support and encourage women to have their voices heard, whether they are someone living with dementia, a family carer or a paid carer/ professional. We can acknowledge the imbalance and positively discriminate so that women receive the same amount of care, support, services and recognition they deserve. Without doing so, the imbalance will not be redressed.”

As June Andrews (quoted earlier in the article) says: “The older women we care for now, in their 80s and 90s, were the pioneers who did without a lot of the benefits that they subsequently won for us – maternity leave and allowances, equal rights at work, laws that worked against violence and rape, recognition of the need for education, decent sanitary products, washing machines and disposable nappies. God bless these women and let us keep them safe from harm. And allow us to say that for the next 30 years at least…dementia is a feminist issue.”

‘Dementia’ describes a set of symptoms that may include memory loss and difficulties with thinking, problem-solving or language. Dementia is caused when the brain is damaged by diseases, such as Alzheimer’s disease, or a series of small strokes. Dementia is progressive, which means the symptoms will gradually get worse over time.

Are you inspired by this article? You can contribute to the website – www.dementiawomen.org.uk. Contact Nada for more information – [email protected]

First image is of a granddaughter touching her grandmother’s hand. The grandmother’s nails are painted pink and she’s wearing a ring. They appear to be talking to each other. By McBeth, shared under the Creative Commons Licence. Second image is of a group of older women sitting around a round table. Some of them are holding up dollar bills in their hands after a session of hand poker. By The Pointe at Kilpatrick, shared under the Creative Commons Licence.

Nada Savitch is Director of Innovations in Dementia CIC