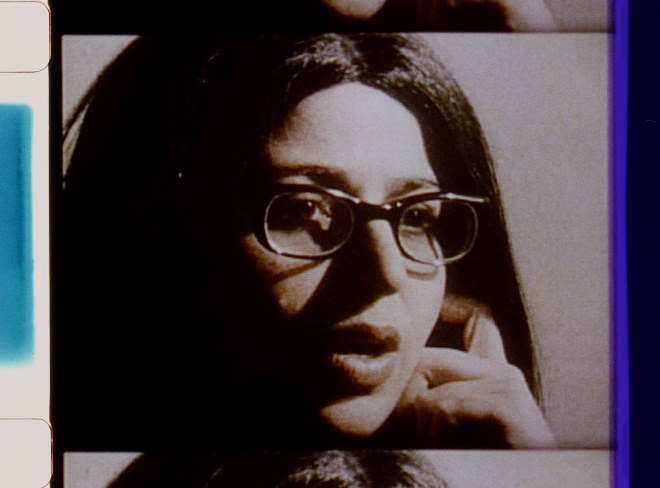 “Badass” is one of filmmaker and artist Elisabeth Subrin’s favourite words: she uses it to describe Maggie Siff (Mad Men‘s Rachel Menken Katz), who will star in her upcoming feature film A Woman A Part, as well as Shulamith Firestone, the radical feminist whose groundbreaking 1970 book The Dialectic of Sex has just been republished by Verso. In 1997, Subrin gained critical attention with her award-winning film Shulie, in which Kim Soss “plays” Firestone in a re-enactment of a documentary made by four Chicago art students in 1967. A portrait of the nascent feminist revolutionary as art student, the film was withdrawn from circulation in 2012 due to Subrin’s understandable discomfort with its use as biographical fact and memorial after Firestone’s death.

Shulie was preceded by Swallow (1995), an experimental narrative that played with the confessional and collage drawing from both avant-garde film and video art, infused with the spirit of Riot Grrrl (Subrin produced The Judy Spots by Julie Ruin videomaker Sadie Benning, and directed the video for ‘Well, Well, Well’ by Le Tigre). Shulie was followed by The Fancy (2000), a searing video essay on photographer Francesca Woodman. These works form a trilogy united by feminist concerns with embodiment and identity. An installation artist as well, Subrin’s most recent fiction work Sweet Ruin (2008) is an adaptation of an unrealised screenplay by Michelangelo Antonioni, in which Gaby Hoffmann plays the roles written for both Maria Schneider and – definition of badass – Jack Nicholson. Subrin is a devotee of female performers, whom she blogs about on Tumblr.

I spoke to her via Skype shortly after the re-release of Shulie in the US, as part of the Art of the Real series at the Film Society of the Lincoln Center in New York, and before its London screening at the Horse Hospital by Club des Femmes in association with Verso. Subrin was deep in pre-production for A Woman A Part and we talked about the abiding feminist preoccupations that connect her two decades of work across multiple media: bodies, beauty and badassery. 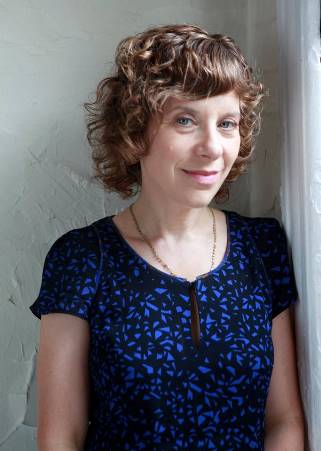 The original documentary about Firestone was made in 1967, your FILM Shulie was made in 1997, we’re screening it nearly 20 years later, and it’s been 45 years since Dialectic of Sex was published in 1970. Where do you think we’re at with feminism?

There’s a famous story told in Alice Echols’ Daring to Be Bad, a history of American radical feminist movement. It was the research material for Shulie for me, and I interviewed Alice for the film. At a pivotal SDS [Students for a Democratic Society] conference [in 1967], Shulamith was trying to read a mission statement – she’s short, and she literally got patted on the head and told to leave the stage and got booed. [According to Echols, the chair said: “Move on little girl; we have more important issues to talk about here than women’s liberation.”]

The biggest issue with feminism and sexism is how we educate boys. It’s so clear to me, as a teacher, that sexism is in part a lack of information and the lack of motivation to learn anything about it. It’s not always about men wanting to hold onto privilege.

What’s the current focus for your activism?

As a feminist, what I would say is the most important thing for me (and what I’m looking at on my blog) is that we live in a staggeringly sexist world. I think one of the next frontiers is a radical critique of beauty: the premise of beauty is such a holy given, almost religious, that an interrogation of beauty seems like a new frontier. What constitutes beauty, and why women and beauty are so excruciatingly locked together is something that enrages me on a daily basis. It makes me want to show tampons or menstrual blood everyday on Instagram.

How does that translate into your film work?

In an era of social media, in which everything we post is happy or pretty, anything raw or real freaks people out. If you look at any of us on social media, you can say ‘this person is the shit,’ but if you look at that person’s journal entries, you’d say ‘this is the most fucked up person in the world,’ so what is the narrative? That makes me want to go back and revisit the emotions in my life. The tagline for my feature is ‘Can you rewrite a life’ or ‘Can a life be rewritten’, and for this mini-retrospective I did at a gallery, the title was ‘The compulsion to repeat’. I’m trying to loosen the grip on the past, that’s a critical step in being alive, and healing.

I create ethical parameters around how Shulie is shown – but the question remains: who decides whose history will be told, and which of their histories will be told?

Elizabeth Freeman talks really brilliantly about time and repetition in your work in her essay ‘Packing History, Count(er)ing Generations’. How do you negotiate the ethics of retelling the stories of figures like Firestone and Francesca Woodman, whose histories have been so contested?

It’s up to us now, because Firestone’s gone and wasn’t able to create her own historical narrative. In the piece I wrote for n+1, I ask: which Shulamith Firestone are we remembering? There are ethical questions around showing Shulie, a film she didn’t like, and I create ethical parameters around how it’s shown – but the question remains: who decides whose history will be told, and which of their histories will be told?

What drew you to Shulamith Firestone and the ‘lost’ documentary that you re-enacted?

From the minute I saw Shulamith’s face on the screen, there’s just this familiarity and excitement of seeing this intense, feminist, hyper-verbal woman on screen: there’s no secret that I’m identifying with her a lot. I’m Jewish – I want to see Jewish women as my protagonists. That may be why I’ve cast Maggie Siff in the new film; her character is Jewish although it’s never addressed. I loved her character on Mad Men: not only was she powerful, but she was unusually elegant.

As part of my research for A Woman A Part, which is about a TV actress, I shadowed Jill Soloway on Transparent, and interviewed her for Filmmaker. I think Transparent was amazing, and so specifically Jewish on a cultural and psychological level: there’s not a gesture I don’t recognise. I think everybody is longing to be seen and recognised, as I deal with in my blog. 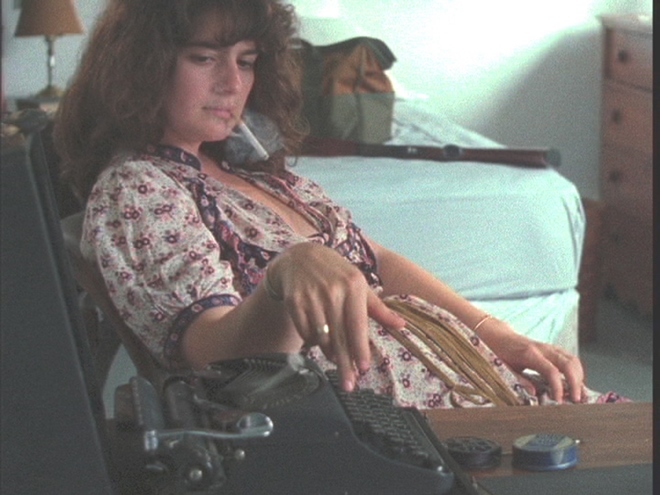 You’ve worked in avant-garde video and installation, but also in feature film. How do you bring it together?

I went to art school and studied avant-garde film and video art, and my work really became a working-out of an intersection between those two practices, which were two different departments at the time. When I was making the The Fancy, I was teaching a lot and my students were real interested in traditional narrative forms. I realised it was the one thing I didn’t really know how to do in film, and that was intimidating to me, and intriguing. I like to do things I don’t know how to do.

So after writing my first screenplay, Up, I was accepted into The Sundance Institute Feature Filmmaking and Screenwriting Labs, which are quite prestigious–they accept like 12 out of several thousands of applicants–and that’s when it hit me, that I was really entering a new world. When you’re at Robert Redford’s ranch in Utah, workshopping your film with famous screenwriters, directors, actors, cinematographers, etc., you’re like: “This is not art school any more.” But my advisors were all very supportive of my background as an avant-garde filmmaker, and as a feminist, and I found it less challenging than expected to weave together my interests in diverse moving image forms.

There is a precedent in filmmakers working across genres, take Steve McQueen, for the most cited contemporary example, or my friend Miranda July, and countless others who are not limiting their creative expression to one approach to filmmaking. I’m part of that precedent. I’ve been doing it a long time, this crossover; and I like it. It can be kind of schizophrenic sometimes, though, when you’re funding trips to LA to meet with Hollywood agencies for your feature projects by doing talks at art schools about your video installations and radical feminists.

All pictures courtesy of Elisabeth Subrin.

First picture is of 16mm film frames from Shulie by Elisabeth Subrin, starring Kim Soss (1997, Super 8/video/16mm, 37:00), showing the film stock and the magnetic track. The central frame is a close-up of a face of a woman with dark longish hair, wearing glasses, with her mouth slightly open as if she is about to say something.

Second picture is a portrait of Elisabeth Subrin, used with permission.

Third picture is of Gaby Hoffman in Sweet Ruin by Elisabeth Subrin (2008, 2-channel video installation, 10:00 loop). It shows a woman with long wavy hair, sitting next to a desk in a loose hippy dress, with a cigarette hanging from the corner of her mouth. She’s playing with a typewriter placed on the desk, lightly touching its keys.

Sophie Mayer is all Firestone all the time: as part of the Club des Femmes collective, co-hosting The Dialectic of Sex: The Case for Feminist Revolution Revisited at the Horse Hospital on 1 May 2015, and also co-hosting Dialectics of Sex: Past, Present and Future, a one-day free conference at Queen Mary on 16 May 2015