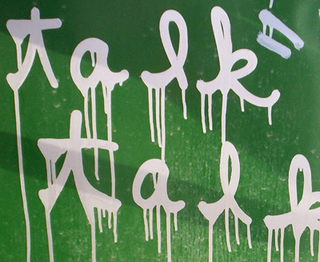 How (not) to talk to people with endometriosis

Kerry Campion is a 22 year old Irish student currently studying for her BA in English & Politics at Queen’s University Belfast.

I was diagnosed with endometriosis in 2013 and it has been a struggle to finally arrive at a place in my life where I have accepted the fact that I will more than likely not conceive a child. Before my diagnosis I had already decided that if I wanted children in the future I would probably adopt. Still, receiving the news that I had about a 5% chance of conceiving made me feel incredibly worthless and people’s reactions to the news did not exactly alleviate these feelings.

I have compiled this guide of what not to say to people who are telling you they may not be able to conceive.

“But you never know, you might still be able to have kids if you have them early enough”

This continues to be the most popular response I get. Firstly, I don’t need to hear how I can “get around” my issues of fertility; if I do try earlier in life and still find it very difficult to conceive, my feelings of failure will only increase.

Secondly, it’s predicated on the idea that I should disrupt my future life plans in order to have a chance at conceiving. Instead of telling women to put their future plans on hold for the sake of having a baby, we should be trying to embrace all the other things in life we’ve set out to do. In order to avoid the follow-up explanation of what stage one endometriosis means fertility-wise – (“Well, I might be able to conceive, but it’s a lot less likely”) I have now taken the “I can’t have kids” approach. At least this way I don’t have to constantly explain myself to others.

“You can always adopt”

Whilst I mentioned adoption above as the preferred means by which I want to start a family, this suggestion is also predicated on the idea that the woman in question does in fact want children. I can already see a few eyebrows being raised, but believe me: just because a woman was not intending to have children does not mean she would not be upset by such news.

“What did your partner say?”

The subtext of this question is: “Does your partner still want to stay with you?” Feeling that you are letting your partner down is a major obstacle to overcome when faced with infertility and such questions only reinforce the idea that your partner will feel let down by you.

“There’s all sorts of help, you could freeze your eggs/try IVF etc.”

When I’ve actually built myself up to tell someone about my condition, the last thing I want is to have an in-depth discussion about all the other avenues that will help me conceive. Mostly, when I’m sharing this information, I just want to discuss how I feel about it, I don’t need a ‘how-to’ list in order to get around my condition. Chances are if a woman feels particularly strongly about starting a ‘natural’ family, she has already painstakingly researched all these avenues and revisiting them can actually be quite exhausting and overwhelming.

“I totally relate to the pain, I get bad period pain”

No, just no. Endometriosis causes intense pain most prominently around the pelvic area, especially if a woman has stage three or four. Yes, periods can create chaos and severe pain, but don’t try to ‘relate’ to me through your own period pain, quite frankly it makes me think that you don’t really understand the severity of the disease or think I’m exaggerating the pain I experience.

“At least it’s not cancerous”

The old patronising “Well it’s not like you’re going to die” response. Again, this falls under the category of people thinking I’m exaggerating, and I should just get on with it because hey, things could be worse. There’s nothing worse than telling someone something of this nature to just be tossed or shrugged away like it’s nothing. Yes, I’m aware it’s not cancerous and likely won’t kill me but don’t try to use that as a means to minimise what this disease can do to me both mentally and physically.

So, how should you react to someone telling you about their endometriosis or other infertility disease? Ask open questions instead of interrogating them: “How do you feel about that?” is a good way to start. Asking a question like this opens up the conversation for the sufferer to discuss their disease in a way that makes them comfortable and means they don’t have to disclose anything they don’t want to or consider things that make them feel worse. And I’d would also appreciate it if you’d avoid the sympathetic head-tilt, that’s just damn annoying.