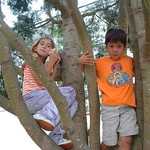 Dressing outside the box 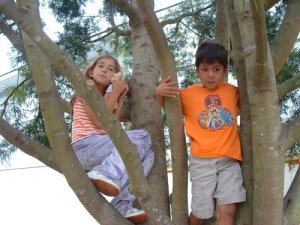 The rise of the latest wave of the feminist movement coupled with calls for greater gender equality have started to have a ripple effect across the culture. Gender roles in the workplace and at the home are shifting dramatically and providing a larger wealth of options and freedom than ever before. This also holds true for children. Fewer parents are so quick to paint their child into a box early on with the traditional and outdated “blue for boys, pink for girls” idea that has dominated the landscape over the past few decades.

You might recall this viral video of a young girl in the toy section of a local store who becomes fed up by her lack of options when it comes to playthings—and she brings up some good points. Why is it that girls are forced to buy pink products and boys are encouraged to buy blue? The video sparked an outcry over the hyper-gendered options that society offered for boys and girls in regards to both retail and education. It also led to a new effort for unisex items that can simply be enjoyed by anyone. American telecommunications giant Verizon even did an ad campaign specifically dealing with reinforcing stereotypical gender roles on impressionable children and how it can hinder growth and limit options later in life by implying that they themselves are limited in their treatment or choices simply because of gender.

Kimberly Chrisman-Campbell of The Atlantic reported on how many of these movements are reminiscent of a similar trend in the 1970s and ’80s toward gender-neutrality. It was a bit more extreme and in-your-face than the softer side of unisex seen today. “It was only in the 1980s that the self-actualizing lessons of the seminal children’s book (and celebrity-narrated LP) “Free to Be … You and Me” succumbed to the industrial Princess Complex, a trend that is just now beginning to correct itself,” Chrisman-Campbell wrote. And the newly dubbed “agender” trend continues to pick up speed.

One company that is spearheading this trend in the clothing sphere is Tootsa. According to The Independent, the label was inspired by the unisex fashion of the 1970s. “They’re just children’s clothes for children,” company founder and designer Kate Pietrasik said, reflecting the attitudes of many parents of the new generation. The aim is simply provide a utilitarian solution for outfitting children that does not put certain colors or themes off-limits simply because of gender. It’s worth mentioning that MacGinty’s novel approach to childrenswear seems to be paying off. It just took home an award in the category from the UK Fashion and Textile Association (UKFT) and continues to inspire other companies to move in a similar direction with their marketing.

And this trend thankfully shows no signs of stopping anytime soon. More companies are beginning to embrace agender fashion and both parents and children are thrilled by the wealth of options that are opened for their kids (and their wardrobes). The movement is less about feminism per se and instead more about choice. We can use that choice not to restrict children to one palette or set of interests. There are simply too many colours in the world, and amazing things to do, that it feels criminal to limit the options of what our children can like or wear. That’s especially true when it comes to something as superfluous as reds, blues, yellows, pinks, and purples defining something as personal and diverse as gender identity.

Is it fair that a child as young as 9 should even consider a larger social implication for wearing a pink shirt? Society and parents are the ones that reinforce these ideas with our children, and we have the power to fix them. Embracing agender fashion is one way for caring parents to take a step in the right direction when it comes to raising their children today.

Sara Upton is a freelance writer with a strong personal interest in gender equality. Like her role model, Hillary Clinton, she believes there should be “no ceilings” for girls who want to pursue their passions. When she’s not writing she’s usually spending time with her dogs or training for her next triathlon.