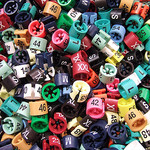 Moving on from the beach body

We saw those Protein World adverts and how women across Britain fought back. We know that eating one slice of cake isn’t going to turn us into a blimp, and, even if it did, we know we should love our bodies no matter what. But sometimes, it’s not that easy. Sometimes, the photoshopped and airbrushed images of the “perfect” female body still sit uncomfortably in the back of your brain, no matter how hard you try to kick them out. 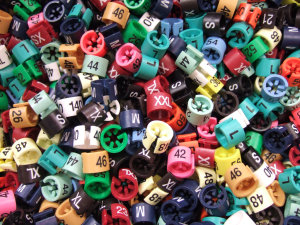 It gets especially bad every year just before summer. Those awful yellow and black billboards might have deserved the backlash, but it’s not just Protein World who are guilty. So-called “women’s magazines” feature more and more images of celebrities in bikinis with every fault and flaw ruthlessly called out. Such-and-such has “really let herself go”. How dare so-and-so bare those flabby thighs? In a world where such negative reporting assaults us from every direction, is it any wonder that depression and eating disorders in young girls are on a steady increase? When we as women are consistently told we are not good enough, sometimes we start to believe it.

B-eat, the UK’s leading eating disorder charity, conducted a survey in 2012 in which they found that 86% of participants said that bullying contributed to their eating disorder. In my North London all-girls school canteen, there was no name calling or body shaming. No one ever told me I was eating the wrong thing or that my body wasn’t up to scratch. But teenage girls can be craftier than that. I sat by as long as I could, eating curry with rice, or fish and chips, while my best friends nibbled on cucumber slices and sipped diet cola. I was determined not to give in to their mind games, to stay healthy and happy despite the actions of those around me. I almost managed to stay above it all. Almost.

The cult of anorexia was nigh on inescapable. We used to go out for lunch together, but now my friends traipsed down to the bike shed to smoke an appetite-quenching cigarette. They requested cushions in exams because their backsides were too bony to comfortably sit in a standard chair for 2 hours. I stared at myself in the bathroom mirror, pinching the bits of my body that cushion my hip bones. They wore jeans that highlighted the gap between their thighs and updated their MyFitnessPal apps. I cried myself to sleep, again. I was far from overweight, lived in a beautiful house with a loving family and had just secured a place at one of America’s top universities. And still, I felt like a failure.

My school did nothing. We had talks on how to avoid being raped, what to do if we found ourselves pregnant against our wishes and how to deal with the stress of A levels, but no-one taught us what to do when you start wanting to take a machete to your body to carve off the excess flesh. In a private girls’ school going through a transitional period, the people at the top of the pyramid have bigger things to worry about than the mental well-being of the students. The pressure on us to achieve top grades and maintain the league table position was immense and crushing, and we took it out on our bodies.

Would it have been different at a mixed school? Perhaps. No teen wants to be the girl obsessing over her food in front of guys scarfing down burgers and chips. With hormones going wild, we would have had distraction from ourselves surrounding us at all times, and far less mental energy to expend on the calorie count of a plate of peas. Single-sex environments can be wonderful, safe, affirming places, but combine them with inordinate amounts of pressure from all angles and a certain level of privilege and they become a breeding ground of insecurity and competition.

We tend to blame the fashion industry and media in general for girls with a negative body image, and I certainly believe that the stream of stick thin women paraded as the ideal doesn’t help. However, we have to take some responsibility ourselves. It’s hard enough to grow up as a woman in a society that pretends to have left patriarchy in the dust, so let’s not make it worse. Gender equality is impossible if we women are still at war among ourselves, still engaged in ugly competition, still running hate campaigns against each other. We must support each other and help each other to love our bodies, on and off the beach.

Zoe Margaro Guttenplan grew up in London and is currently studying at Columbia University in the city of New York. Zoe is also in the middle of a larger project about British girls in America.