Whale Rider (directed by Niki Caro) is – Disney cartoon Lilo and Stitch aside – probably the best known contemporary film to feature an Indigenous female protagonist: Paikea Apirana, played by Māori actor Keisha Castle-Hughes, who was nominated for Best Actress at the Academy Awards. Castle-Hughes is back in the limelight in her new role as warrior Obara Sand in HBO’s Game of Thrones, and her début will be back on the big screen in London as part of Origins: Festival of First Nations, a multimedia arts festival with a strong film programme.

Screening at cinemas across London, the Origins programme introduces British viewers to 21st century cinema made by indigenous filmmakers and/or by white filmmakers in collaboration with indigenous writers, performers and communities, starting with Whale Rider and Rolf de Heer’s The Tracker, both from 2002. It includes a 2003 documentary about this year’s Origins lecturer, Lakota environmental activist and Green candidate for US President Winona LaDuke, as well as two more films by de Heer: Charlie’s Country (2013) and Ten Canoes (2006), the first ever movie entirely filmed in Australian Aboriginal languages.

“Within Indigenous cinema, women are a serious force to be reckoned with”

Alongside films by Caro and de Heer, there are other films by non-native allies such as Venezuelan director Patricia Ortega’s El Regreso, about the survivor of a massacre in the Wayuu community of Bahía Portete, cast with Wayuunaiki-speaking, non-professional actors. And from Mexican director Dana Rotberg, best known for her hallucinatory Frida Kahlo biopic Angel of Fire (1992), comes White Lies/Tuakiri Huna (2013), adapted from a novella by Māori writer Witi Ihimaera, who also wrote Whale Rider. As Wellywood Woman bloggers Marian Evans and Cushla Parekowhai put it:

White Lies/Tuakiri Huna is thought-provoking and for us was a fresh look at the post-colonial. For once a traditional Maori community is represented as successful, at ease in their land, a group not dislocated and dispossessed but positive, organised and determined. The film is 80% in te reo Maori, with subtitles. White Lies/Tuakiri Huna might also be New Zealand’s first Bechdel Test narrative feature. And it intrigued us that Dana Rotberg is a feminist filmmaker from Mexico. 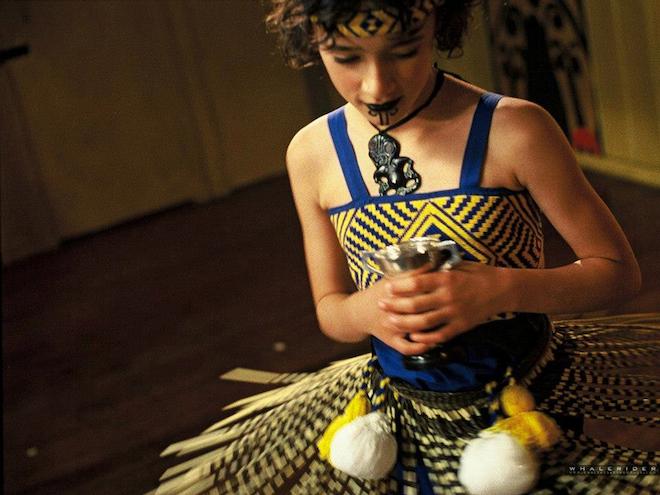 The most exciting aspect of the Origins programme, however, is that it showcases films by, as well as, about indigenous women. Indigenous female filmmakers have been active since the 1970s and as filmmaker and former programmer of Toronto’s ImagineNATIVE festival Danis Goulet (Nehinuw [Cree/Metis]) remarked recently, “within Indigenous cinema, women are a serious force to be reckoned with… approximately 37% of the festival submissions had come from women in [2012], and 62% of official selections were made with Indigenous women in a key creative position”.

Internationally, the best-known filmmaker is Tracey Moffatt, whose stunning experimental films screened at the BFI in 2013 as part of the Australia: Shifting Sands season, in which she was the only indigenous filmmaker. Abenaki documentary maker Alanis Obomsawin forged an outstanding career, including Kanehsatake: 270 Years of Resistance (1993), a crucial record of the struggle that began the modern Canadian First Nations political movement.

Origins Festival is enlarging the film family, and everyone is welcome

Obomsawin is not included in this year’s programme, but fellow Canadians, the Arnait Women’s Video Productions, are. Arnait, based in Igloolik in the territory of Nunavut in the Canadian Arctic, was formed to tell women’s stories as the sister company to Igloolik’s Isuma Productions, which made Atanarjuat the Fast Runner, the first film in an indigenous language to win the Camera d’Or at the Cannes Film Festival in 2001. Québécoise filmmaker Marie-Hélène Cousineau shared her filmmaking skills with a group of Igloolik women, including Madeline Ivalu, and they moved from their initial short video documentaries to feature filmmaking, with an intimate grandmother-grandson story Before Tomorrow (2008), starring Ivalu as the grandmother. Their second feature, Uvanga (2013), about a mixed-race Inuk boy and his white mother who move from Montréal to Igloolik, is a keynote film at the Origins festival.

Also focused on a family within a traditional community is Paz Encina’s Hamaca Paraguaya (“Paraguayan Hammock”). Encina, who is Guaraní, like 80% of Paraguay’s population, is the first feature female filmmaker from her country. Her film was commissioned as part of the New Crowned Hope festival, which also included a feature by Palme d’Or winner Apichatpong Weerasethakul. Encina toured Paraguayan Hammock around her country on a mobile screen. Set in the country, the story focuses on an older Guaraní couple as they wait for news of their soldier son. 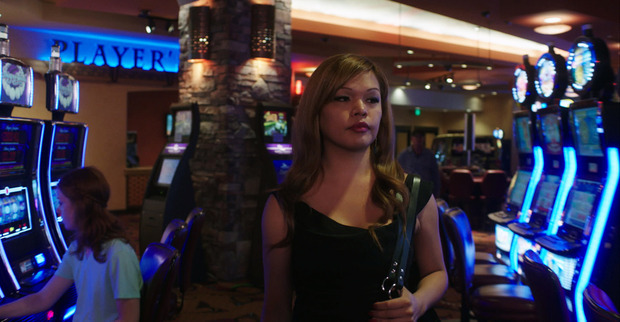 First-time filmmaker Sydney Freeland represents the Navajo nation with her film Drunktown’s Finest. Freeland’s film – again, a family drama in which family also means community, shared tradition and nation – is a riposte to US mainstream media designating her hometown of Gallup, New Mexico, as “Drunktown”. Moving between the mixed community in town and the Navajo reservation, the film follows three young characters, including Felixia, a transgender sex worker and aspiring model played by Carmen Moore, a Diné transwoman in her first screen role.

Drunktown showcases the intersectional commitment of indigenous cinema, expressed through ever-widening families, just as Felicia’s family comes to include the other protagonists Luther and Nizhoni. To borrow the Hawaiian word that Lilo teaches Stitch: “Ohana means family, and family means nobody gets left behind or forgotten.” Origins Festival is enlarging the film family, and everyone is welcome.

Origins: Festival of First Nations is running in London from 9-24 June. It showcases theatre, music, dance, film and visual arts.

All images taken from the Origins: Festival of First Nations FB page.

First image is the festival’s logo. It shows a man in red uniform stretching his right hand towards the camera, with his out-of-focus palm in the foreground. There’s a lettering “Origins: Festival of First Nations” to the right.

Second picture is a still from Whale Rider. It shows a young Indigenous woman wearing a blue-and yellow costume with feathery skirt and a big tribal pendant on her neck. She has a ritual make-up, with black lips, and is clutching a silver cup.

Third picture is a still from Drunktown’s Finest. It shows a young Indigenous woman with long hair, wearing smart black dress, in a slot machine parlour.

This article was updated on 2 June 2015 to reflect that the review of White Lies quoted was co-written by Marian Evans and Cushla Parekowhai – Ania.

Sophie Mayer is a regular contributor to The F-Word and Sight & Sound. Her book Political Animals: The New Feminist Cinema will be published by I.B. Tauris in October