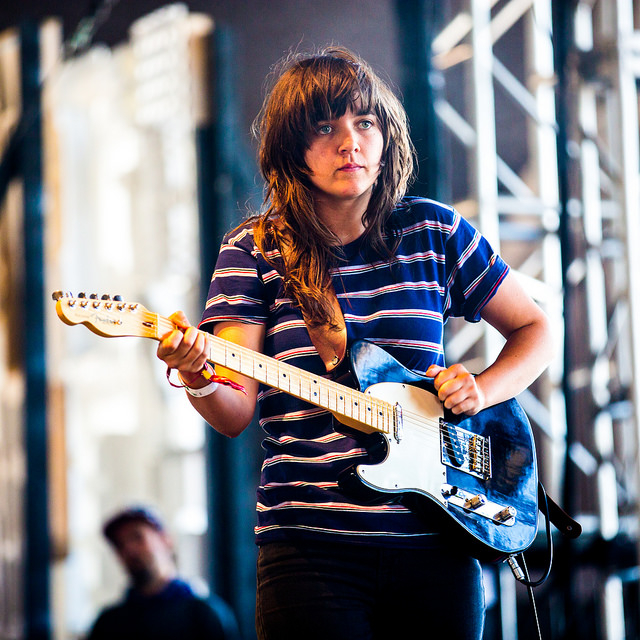 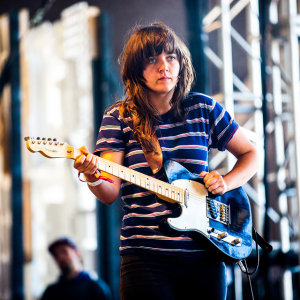 Hello! Please click here for your June 2015 playlist. You can also view the track-list here.

I hope the sun’s shining where you are? With the fiery ball high in the sky, I’ve chosen some songs that remind me of sunnier climes. Joni Mitchell is synonymous with California, a state long associated with sun, sand and surf. Courtney Barnett’s deadpan genius continues to delight and ‘Dead Fox’ is no exception. She’s from Australia, which also makes her ripe for inclusion in this playlist – the sun shines all the time there, right? ‘Rush Hour’ and ‘Loose Control’ are both from a CD I bought many moons ago called Female Future: Transatlantic, a compilation album of female artists. Along with Northern Ireland and Scotland, I suspect Liverpool suffers from perpetual cloud and rain, sadly, but it’s ‘oop north which means it’s mint and can get away with it. The rest of the tracks don’t need any further introduction. Enjoy.

The image shows Courtney Barnett, wearing a navy t-shirt with stripes, playing her blue guitar, on stage at Coachella music festival in 2014. She looks badass. Picture by Thomas Hawk, shared under a Creative Commons licence.