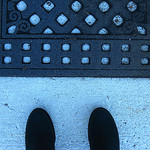 Welcome to our newest editors!

I’ll let them introduce themselves in their own words – please say hello! 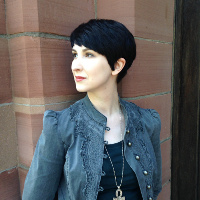 Gemma Fraser – fiction editor
Gemma Fraser is a writer and editor from Lancashire, currently living in the Isle of Man. She is also a classical soprano, compulsive book-buyer, geeky fangirl, pinko-lefty-bleeding-heart-liberal and dog lover. She started out at The F-Word blogging about disability and is now delighted to be able to harp on incessantly about books in her role as Fiction Editor.

Like roughly 93% of the population she is Working On Her Novel when she isn’t distracting herself by getting angry about things on Twitter. Find her here: @gamineandchips 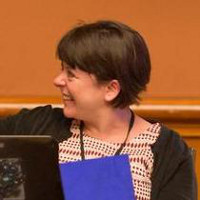 Lissy Lovett – comedy editor
Q: How many feminists does it take to change a lightbulb?
A: That’s not funny!
Lissy Lovett works in the arts and lives in South London. She likes comedy, theatre, reality television, sewing, beer, Norwich City Football Club, the Streatham Ice Hockey teams and feminism. From time to time she tweets @lissylovett.

To see the rest of the team, click here.

The images show photos of the new editors. The image that appears on the homepage associated with this article shows two feet in black shoes, standing facing a mat outdoors. It is by christine592 and used under a creative commons licence.