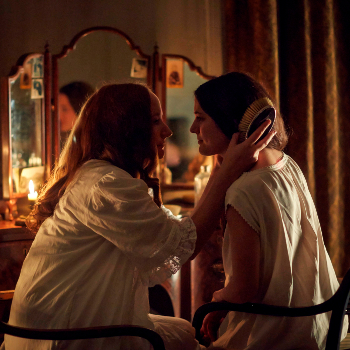 A life for themselves 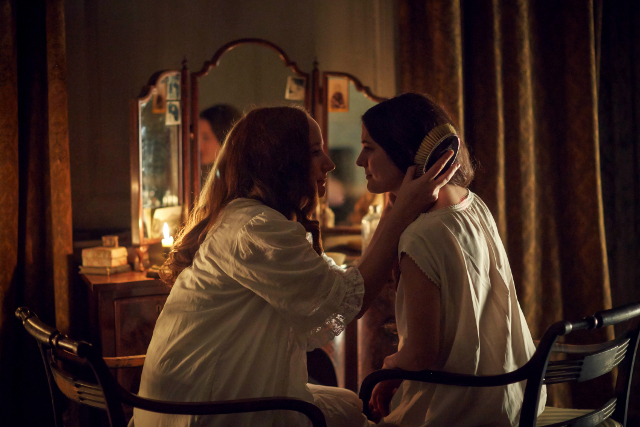 A few weeks ago, I was invited to the press screening of Life in Squares, a new BBC drama about the Bloomsbury Group. I’ll gloss over the fact that I arrived at a posh Covent Garden hotel only to be faced with an unexpected drinks reception. I will forbear to inflict on you the gaucheness with which I seemingly managed to mortally offend the producer, possibly by not recognising him, chattering blithely on until his business partner took pity on me and kindly but insistently removed me to meet the young, female, friendly, feminist script editor. (I don’t know who she is, but if I was Catholic, I’d be lighting candles for her till the day I die.)

The reason I have subjected myself to this indignity is that I love the Bloomsbury Group, as a collective and as individuals, and I am interested in how they are being repackaged. Or, rather, I know about and passionately defend or sometimes hate them in the kind of inexplicable intimately personal way you do when you’ve read people’s books and letters and possibly know more about the inside of their relationships than is entirely comfortable. The group are fascinating as artists and as people; they lived through and, in some senses, were the vanguard for the emergence of the modern world from the corsets and drapery of Victoriana; Virginia Woolf is literally the poster girl for depressive women writers everywhere. For Life in Squares, therefore, I am a pretty tough gig.

That’s not to say I’m not all in favour of programmes about the Bloomsbury Group being made (and, spoiler, this one is pretty decent). I hope people watch it. I’m not precious about my literary heroes and, as everyone from the actors at the post-show Q&A to the press release has pointed out, there really is something strikingly modern about the Bloomsbury Group and their struggles with polyamory, bisexuality and how to live, work, love and seek fulfilment in an imperfect and structurally unequal world. Putting something like Life in Squares on the BBC opens up cultural space for us to discuss these issues.

They throw off the shackles of Victorian convention, more or less spectacularly, hosting regular Thursday night salons where the genders mix and throwing their corsets out of the window

So, how is it? For a start, many of the stories that get told about this particular group of people centre on Virginia Woolf. She’s probably the most famous and her suicide offers a point of focus for the drama. Pleasingly, Life in Squares focuses instead on Virginia’s elder sister Vanessa Bell (an unexpectedly likeable Phoebe Fox), a painter, who parented her siblings after their mother’s premature death. It opens in 1905, as Vanessa, Virginia (Lydia Leonard) and their brother Thoby Stephens (Rob Heaps) set up house together after the death of their father, determined to throw off the shackles of Victorian convention. They do so, more or less spectacularly, hosting regular Thursday night salons where the genders mix and throwing their corsets out of the window. (This is not a show that stints on symbolism. It’s more like playing Spot the Metaphor in a Wordsworth poem.)

Soon, Vanessa is being courted assiduously and slightly uncomfortably by Clive Bell (Sam Hoare), who never quite throws off his arrogant creepiness, and then all of a sudden lovely Thoby is dead and Vanessa is throwing herself at Clive to grasp at Life in the Midst of Death (I did warn you about the symbolism). ‘Copulation’ [sic], motherhood, infidelity, emotional entanglements and sort-of-negotiated polyamory ensue, while Duncan Grant hooks up with Lytton Strachey and Virginia attempts to negotiate her sister’s partial withdrawal.

Life in Squares is very beautiful: all muted palettes, pale muslin light and gorgeous historical costumes. It transpires during the Q&A succeeding the performance that they’d actually had a very small clothes budget, hence reusing garments over succeeding scenes, but this actually works very well to express the characters’ different personalities. Edwardian underwear is amazing and so are the sharply cut suits and contoured skirt/jacket combos sported by the ladies. The apparently accurate rope-belt flaunted by Duncan Grant expresses his flighty, talented informality perfectly, and if Vanessa’s brown suit were commercially available, I would be there like a shot. The series as a whole prompts me to reflect that tall thin persons of any gender in well-fitting Edwardian suits are a subgenre of attractiveness that really deserves more attention.

Perhaps the suggestion of two men having penetrative sex is Just Too Much for the BBC?

Location-wise, too, Life in Squares is poignantly atmospheric, capturing buttoned-up Victoriana: gloomy interiors, gleaming art galleries, the austere glow of nineteenth-century Bloomsbury and the lushness of Charleston. To my imperfect knowledge, they certainly did their research – they filmed at Charleston and invited the characters’ descendents to pass judgement – but, for all that, actual events are sometimes shoehorned into the questionable convenience of narrative convention. (On that note, the Thoby’s death/Vanessa’s marriage thing really grates, not to mention the part where Clive sends Vanessa and Duncan up to get dressed for an evening out and Vanessa finds letters from Clive to Virginia, then confronts him with a scent-stained shirt, all in one evening.)

Also, superimposing older Vanessa talking to Leonard Woolf about Virginia’s affair with Vita Sackville-West and infidelity being the ‘price of love’ over younger Vanessa and Clive having sex is a really obvious equivalence too far for me, I’m afraid. This whole show really could be about how things aren’t so pat in real life.

Mind you, one of my favourite aspects of this series so far is the equal opportunities sexuality. As much screen time is dedicated to the same-sex couplings as the heterosexual ones, and they’re filmed in similar levels of detail. Both exhibit degrees of Period Drama Fucking, such as lingering embraces followed by fractured shots of backs moving gently and slowly towards one another, although this is somewhat more noticeable with the straight couples. Perhaps the suggestion of two men having penetrative sex is Just Too Much for the BBC? Seriously though, the show gets points for not shirking the intimacy or sexuality attached to the queer relationships alongside the straight ones. The scenes between Duncan Grant and Lytton Strachey, the major gay coupling in the first episodes, are pleasingly and unexpectedly physical and passionate, while Vanessa and Clive’s honeymoon is a charming wash of golden Italian light and pretty naked people.

Despite this, I find the Period Drama Fucking here really quite irritating, largely because it’s so often both physically and emotionally unrealistic and I feel it detracts from the programme. This isn’t about Life in Squares in particular. It’s about sex in the vast majority of television dramas and 18-rated films, with a few honourable exceptions. However, it is particularly frustrating in the middle of a show that is literally about the realistic psychological and emotional consequences of sexual impulsiveness, infidelity and the meanings and definitions of love and sexual desire.

For example, it sometimes undermines the plausibility of the scenes for Vanessa and Clive to be having gentle, muslin-draped, quiet sex after she’s just taxed him with multiple infidelities and surprised him utterly by suggesting an open relationship where “honesty and reason” are paramount. Surely there would be some anger there on her side, and/or some passion and relief on his? Even just a little bit? Lytton Strachey and Duncan Grant getting it on in the corridor, for contrast, may have to remain fully clothed, but at least there is some actual sense of racing breath and clutching passion there. If upping the nudity quotient means dropping the vigour or enthusiasm, maybe more partially-clad sex scenes are the way to go?

Also, while I’m complaining, there is the issue of money. I’d be happier if questions of class and money were addressed more directly than they are. Ultimately, the characters manage to live the creative, more-or-less comfortable, bold and unconventional lives they do because they have inherited wealth; Virginia wrote about this directly and movingly in A Room Of One’s Own. The Bloomsbury Group may not have been rich by some contemporary standards, but they had enough money to live, create art, run businesses, raise children, eat regular meals and entertain guests, which I think is all any of us ‘starving artists’ would ask.

I feel he’s the wrong kind of ‘pretty’, rather than there being anything lacking in his performance

These points aside, Life in Squares is enjoyable, perhaps more so if you don’t read Bloomsbury letters for fun and get frustrated by narrative reorganisation or simplification. It actually manages to include a pretty vast amount of human experience in one quite short show and the cast are mostly excellent. Phoebe Fox, in particular, gets all the points, because I’ve always felt profoundly alienated by Vanessa Bell and found her maternal and nurturing qualities frankly suffocating and a bit monstrous, and yet Fox makes her likeably vulnerable and only occasionally forgivably self-involved.

The notoriously fragile Virginia, here played effectively by Lydia Leonard, is much more to my taste and as Vanessa withdraws from her sister into motherhood and marriage, it’s hard not to sympathise. Ed Birch’s Lytton Strachey is wonderful, just the right kind of mannered and erudite, while Rob Heaps’ Thoby Stephens is witty and appealing. I am the tiniest bit unconvinced by James Norton’s Duncan Grant, but that’s largely because I feel he’s the wrong kind of ‘pretty’, rather than there being anything lacking in his performance. (Apparently the real-life Duncan’s granddaughter Henrietta, having made him pose in various flamboyant ways, decided he was the real deal, so I should probably bow to her infinitely superior judgement.)

In conclusion, Life in Squares is a good show. It’s interesting, engaging and tackles some culturally relevant questions about how we construct ourselves and our relationships and how we compromise between our artistic drives, personal fulfilments, lovers, partners and friends. I wish it would do some things differently, but it gets some things much more right than I would ever have expected. I will certainly be watching the rest of the episodes when they are broadcast.