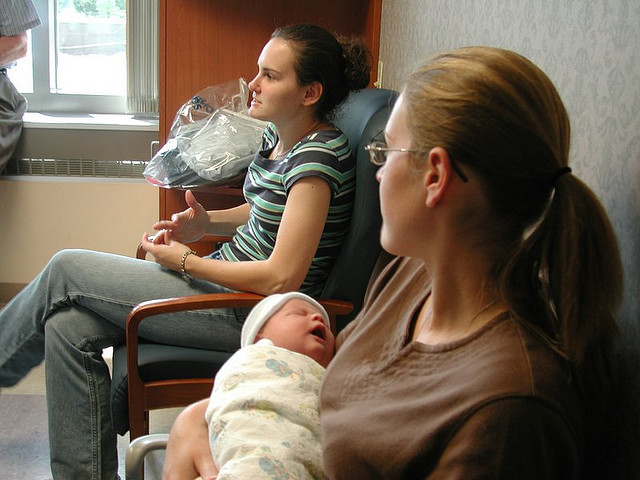 Come to think of it, why do we want to have children?

Women in their 30s are under plenty of pressure to reproduce now or regret it later. It isn’t easy to resist this pressure either; but do we ever really question our motives behind wanting children? Rosie Driffill thinks asking ourselves why we think we want children might be a start

Barely a week goes by lately it seems without senior doctors brandishing a set of doom-laden fertility statistics at young women. In May, consultant gynaecologist Professor Geeta Nargund warned women in their late twenties and early thirties that if they didn’t get pregnant soon then “shock, agony and regret” would be the order of the day (according to the Daily Mail, at least). Then last week, the Telegraph reported the news that doctors have told us to conceive or freeze our eggs by the time we’re 35, in light of a major study showing that fertility falls off a “cliff edge” in the years that follow.

We can ridicule the hyperbole as much as we like, and bemoan till the (ever-fertile) cows come home the notion that pressures on young women to conceive can drive some of us to define our worth in stark and limited terms. But when it comes to resisting this pressure, we often lose confidence in our own convictions. Deciding not to have children, or having resolved to decide later, are choices that we’re challenged on again and again. What are seldom challenged, however, are the reasons behind the perceived desire that we should have to produce children. Thinking critically about why we succumb to these pressures can help us recalibrate the whole debate.

A need to replicate ourselves
The idea that when we die we will leave nothing behind is one that haunts most of us, irrespective of gender. Driven in large part by our egos, we convince ourselves of the need to reproduce in order that there will be something left to justify our existence. The Buddhist idea that humans created God because of a deep-seated fear of disappearing can be applied to having children too- we struggle to reconcile ourselves to the idea of leaving without a trace. Yet this yearning is not resolved by the birth of a child. Our fear will continue to rear its head as we start thinking about siblings, then grandchildren. The only way to deal with this yearning is to radically accept that it cannot be satisfied, and that we can only validate our existence – if that in itself is ever possible – by finding meaning in the actions we engage in in the present moment.

Fear of loneliness
Loneliness, similarly, is a mental and social construct, and one that is too bound up with the absence or presence of a partner and children. Not having children can give us the space to cultivate and renew friendships, find ways of making meaningful connections with the world and those in it, and – perhaps most importantly – reconnect with ourselves, and what we can do with the space and time we have.

Many women find that the nature of their relationships with their closest friends changes when these friends start having children, most notably because their social lives start to revolve around birthday parties, school fetes and other child-related events. Not to mention the endless conversations that centre around child development milestones. Feeling ‘left behind’ is something that certainly warrants empathy. Yet we all have it within us to make new friends, those who are perhaps younger, or who do not buy into a value system that defines women by their child-producing and rearing capabilities. 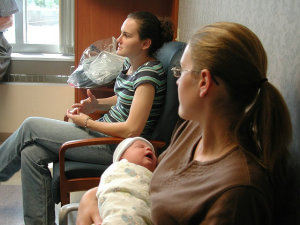 One of the reasons the Geeta Nargunds of this world still have so much clout is because our family members act as their mouthpiece. Simply asking whether you’re single can trail a host of unvoiced criticisms in its wake. “She’s 28 and still single? Then how the heck is she going to find a man, work at this dream job she keeps banging on about long enough to qualify for maternity pay AND have a baby before her ovaries freeze over?”

Finding our place within the family is difficult when those we are most likely to identify with (and those querying our life choices) are usually mothers, and the pressure can be hard to resist. Faced with confidence and conviction however, relatives will eventually accept our choices. Dumbledore was right when he told Neville Longbottom that it’s harder to stand up to your friends than it is your enemies. He obviously knew what it was like for childless women dealing with family members who won’t stop talking about your oestrogen levels over Christmas dinner.

Rosie Driffill is a freelance writer specialising in mental health, language, psychology and sustainable living. She writes regular pieces for the Guardian and Wanderlust and tweets at @RosieDriffill